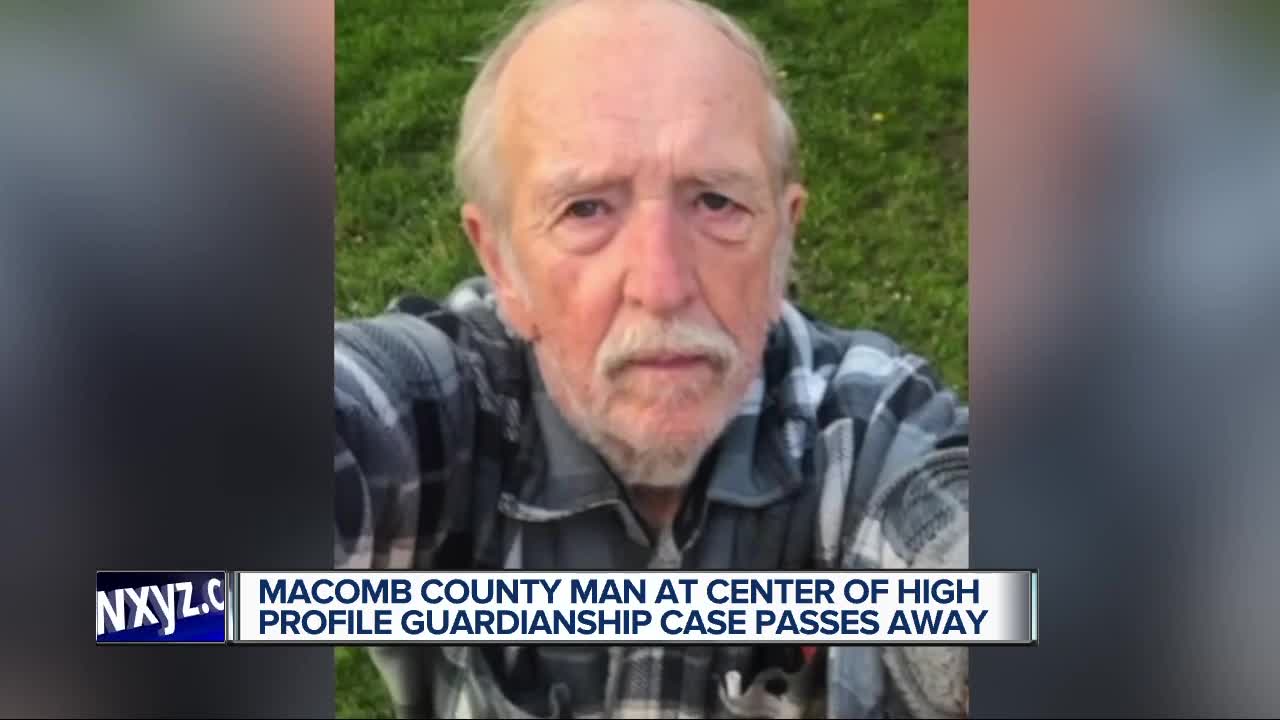 We have some sad news to pass along in a high-profile guardianship case first exposed by the 7 Investigators.

(WXYZ) — We have some sad news to pass along in a high-profile guardianship case first exposed by the 7 Investigators.

The 7 Investigators first showed you in May how family members said a professional guardian had prevented them from seeing Bob and Barb.

“I just want my parents back,” Marcie Mitchell told 7 Investigator Heather Catallo in May. At that point, Marcie said she wasn’t allowed past a six-foot-tall privacy fence to visit her dad and stepmom in their Utica home.

Marcie Mitchell had tried to get guardianship of Bob and Barb, but instead Macomb County Probate Judge Kathryn George appointed Caring Hearts Michigan Inc. as guardian and conservator. Caring Hearts is owned by Catherine Kirk.

After 7 Action News exposed how Kirk then hired her own home-care company and her husband’s law firm to bill Barb and Bob’s $2 million estate, the Macomb County Chief Judge stepped in and returned the couple to their family in June. The Attorney General also since removed Robert Kirk from his position as a State Public Administrator.

“The way they were returned to us was not the shape they were in when this happened. They went from being verbal, communicating, to enjoying eating and doing things, to when they were here [under guardianship] -- nothing. As far as we know they never even got to go outside, except for Bob trying to escape,” said niece Gretchen Sommer in a recent interview with Catallo.

Gretchen and Marcie have both told 7 Action News they believe both Bob and Barb were over-medicated while under guardianship with Caring Hearts.

“It’s not fair. It was taken away from him. He worked his whole life. He saved. He was smart. And then a 2-month span makes a person a completely different person that’s not functional,” said Marcie in a September interview.

In November, Barb suffered a stroke and died.

Then on Christmas Eve, family members say Bob passed away as well.

Now they’re hoping the Attorney General will keep investigating this case and other guardianship cases to make sure other vulnerable adults are not separated from their families.

“I hope they are going to get to the bottom of everything that’s happened, not only for my parents but for so many others this happened to,” said Marcie.

Lawyers for Caring Hearts Michigan have claimed family members were not properly caring for Bob and Barb, and they have asked a judge to approve more than 376-thousand dollars in legal and guardianship fees on this case. The 7 Investigators have asked multiple times since May to interview Catherine Kirk, but her lawyers have continuously declined that request.

The family is fighting the fees, and deny they neglected Bob and Barb. They will be back in court January 10, 2020.

If you need to file a complaint about a probate court, contact the Supreme Court Administrator’s Office: https://courts.michigan.gov/self-help/complaints/pages/default.aspx