Stopped for jaywalking, a Detroit man spent 3 days in jail. He was charged with nothing. 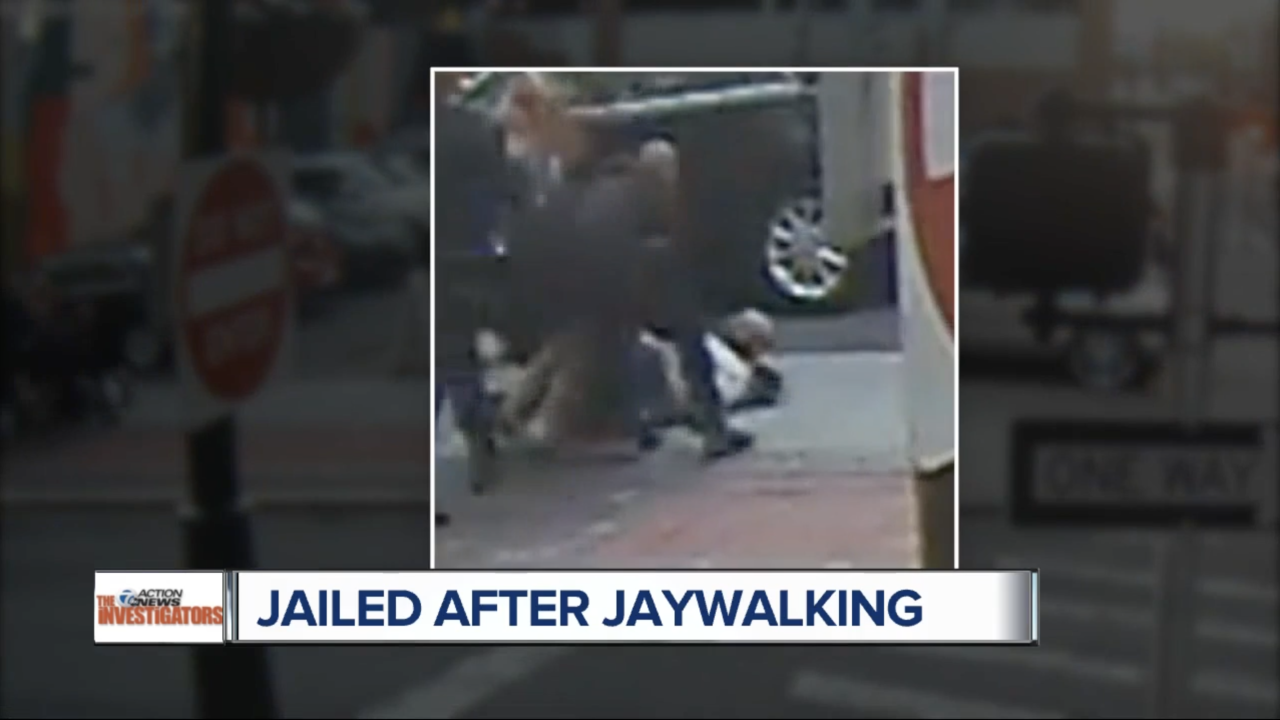 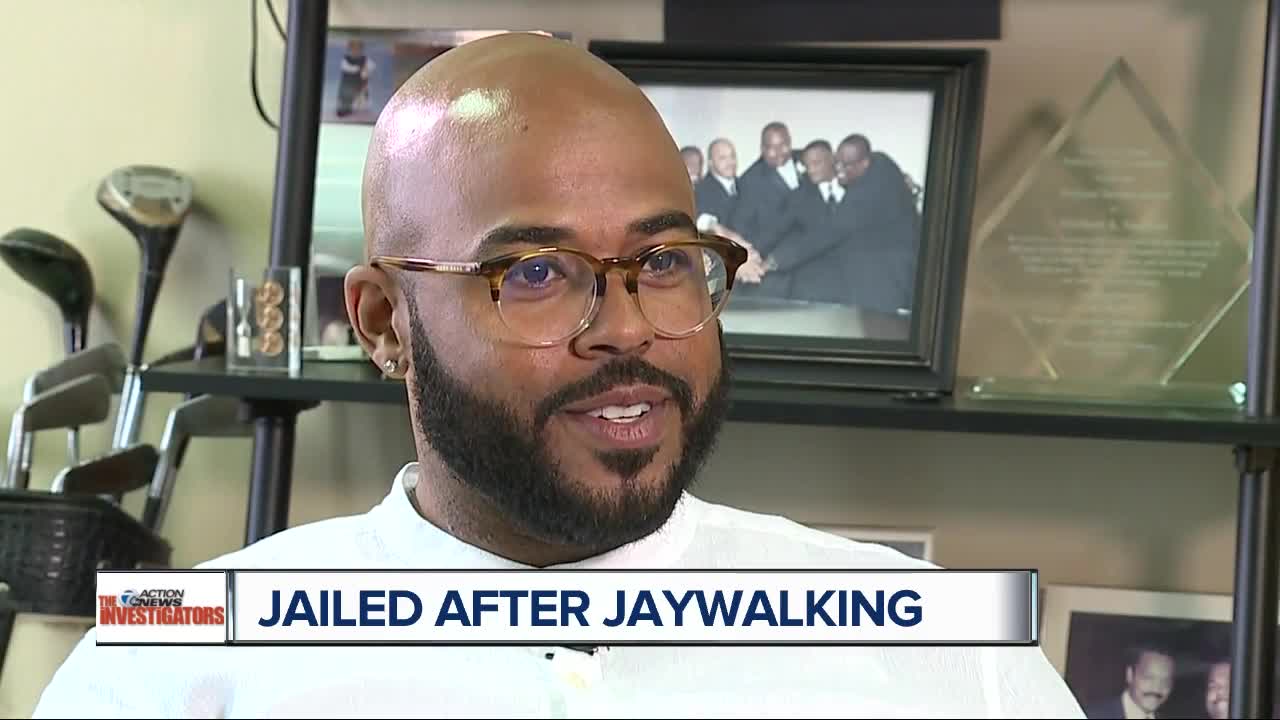 DETROIT (WXYZ) — A Detroit man with no criminal history spent three days in jail after police stopped him for jaywalking in Greektown in 2017. He was charged with nothing. The arrest led to a civil lawsuit, settling last month for $45,000.

The incident happened in June 2017. Hughes was leaving the popular Fishbone’s restaurant in Greektown with his fiancé, headed towards a downtown parking structure. When traffic was clear, he said he crossed Monroe Street – also known as jaywalking – and quickly encountered three officers.

“An officer made a call: ‘Get out of the street!’“ Hughes said. “That’s what we were doing. We continued to walk across the street.”

Hughes finished crossing but said the officers weren’t finished with him.

“Next thing I know, a hand grabs my shoulder and then my wrist, and then I’m thrown to the ground,” he said.

Passersby pulled out their cell phones, recording Hughes on his back with three officers standing above him. He can be heard yelling: “What did I do?”

In front of his fiancé, officers cuffed Hughes, put him in the squad car and brought him to jail, accusing him of disorderly conduct and obstructing police.

However, what police said to justify Hughes’ arrest is what disturbed him most. One officer said Hughes “shrugged violently away,” then swore at the officers—a charge that he denies.

Another said that he took an “aggressive posture,” that he was “blading (his) body,” leading the officer to “grab…his left hand before he could launch an attack.”

“I would have no reason to attack three armed officers in downtown Detroit after a date night,” he said.

“Were you armed with anything,” asked Channel 7’s Ross Jones.

As for how Hughes ended up on his back, that wasn’t the officers’ fault, they said. Hughes lost his balance and fell to the ground, according to their reports. Surveillance video tells another story.

We shared it with Reginald Crawford, a retired Detroit police officer who spent years on the city’s board of police commissioners.

“He’s taken down. That’s obvious,” Crawford said. “It has all the appearance of a takedown.”

“Does it look like he’s about to launch an attack,” Jones asked.

After the arrest, Hughes sat in a Detroit jail, and not for just a few hours.

“I was given an orange jumpsuit, had a mugshot taken and was put in a cell with felons,” Hughes said. “I sat there, slept there and used the bathroom there for three days”

After 72 hours behind bars, Hughes was released only to learn he’d been suspended from his job for two weeks, pending his criminal case. It wasn’t long after that the Wayne County prosecutor decided that there wasn’t one.

Her office declined to charge him.

Following his release, Hughes hired attorney Herbert Sanders to look into his arrest.

“They began to manufacture their statements in order to justify and support their actions,” Sanders said.

“It’s scary to think what might have happened if there wasn’t video,” he said. “If there weren’t people out there with cameras, this could have escalated and he could be dead.”

Last month, the city settled, costing Detroit taxpayers $45,000. What it cost Steele Hughes, he says, is more than money.

“If I see cops, (I put) two hands on the steering wheel. It changes how I move,” he said. “You shouldn’t have to be guarded and fearful of an officer. Their job is to serve and protect, not to strike fear in anybody.”

None of the officers in this case were disciplined for their conduct, but a supervisor would later say that they shouldn’t have grabbed Hughes in the first place. Instead, he recommended using verbal commands so as to not escalate the situation.

Hughes' ticket for jaywalking was dismissed