Teen vowed to take his life if Michigan psych hospital released him. The next day, he did. 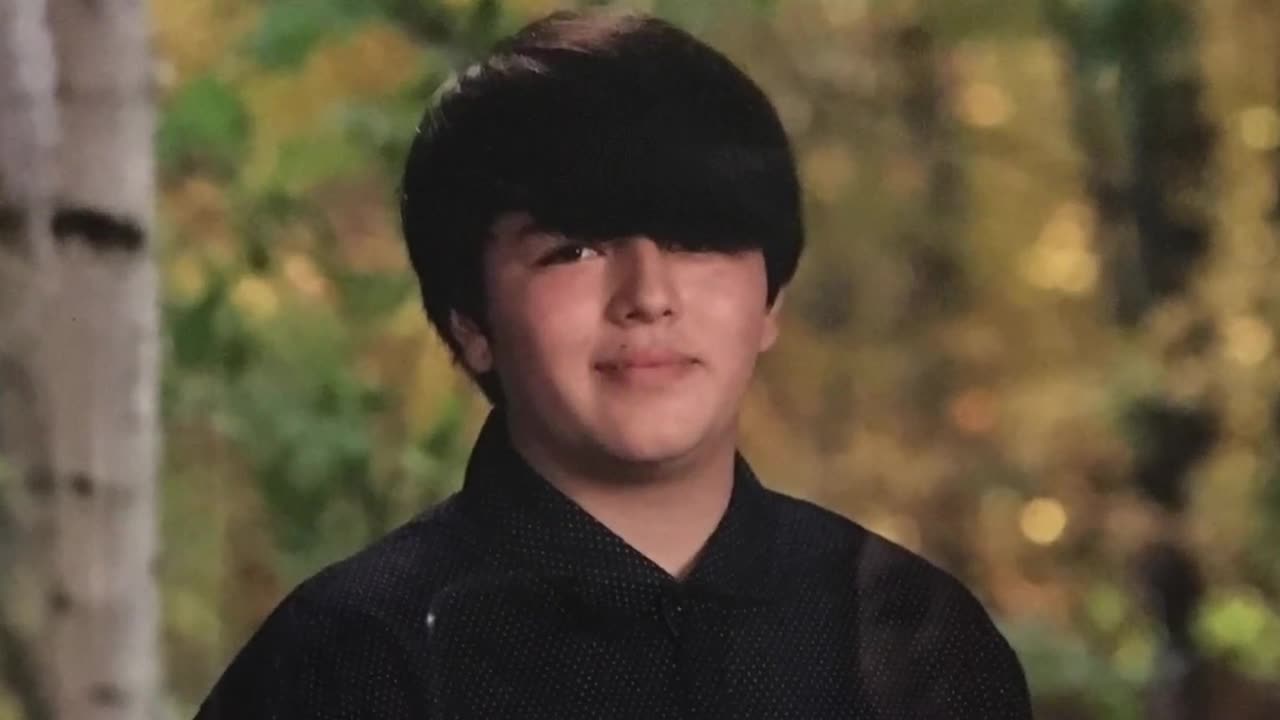 Day after day, John Huizar told staff he would take his life if he was discharged. Why didn't they believe him? 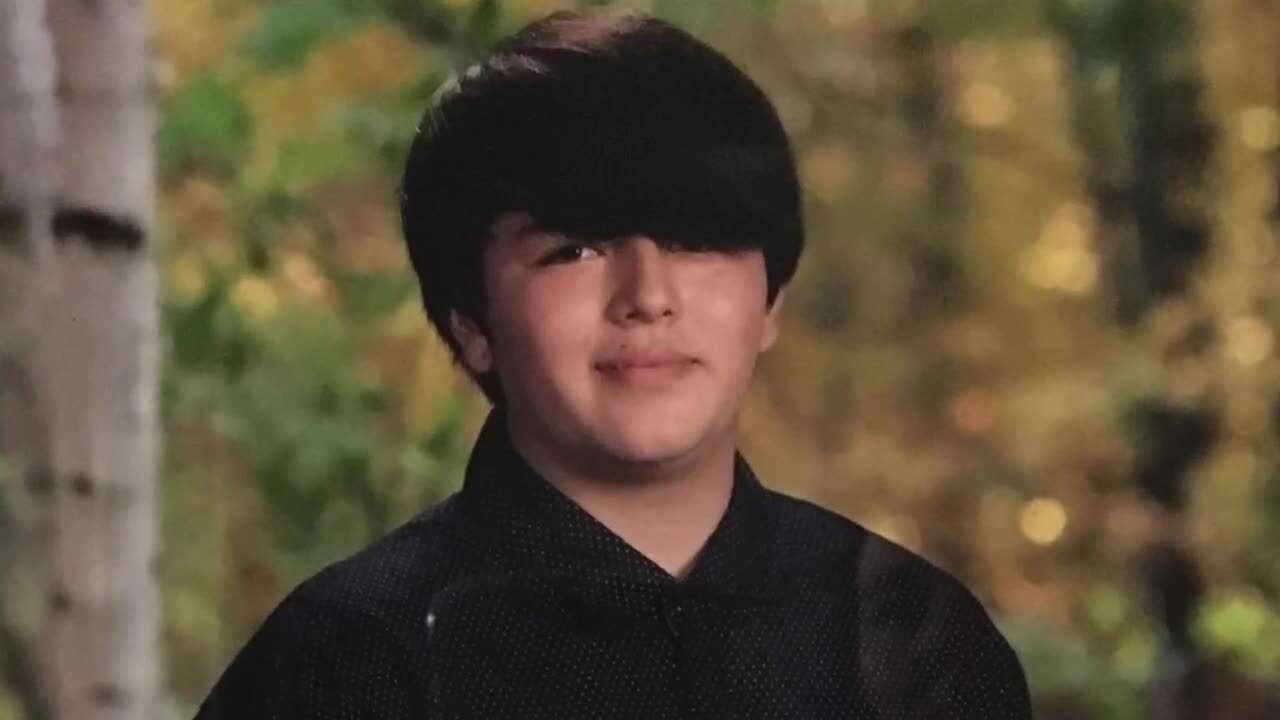 Last October, the mother of three was headed west on I-96, behind an emergency vehicle carrying her her 15-year-old son Johnathan, who had just left an appointment with his therapist.

The family lived in Clarklake, a small town just outside of Jackson. But on this October day in 2019, they were making an urgent, two-hour trip to hospital in Grand Rapids. It was the nearest psychiatric bed available in the state.

At an age when obtaining a learner’s permit is normally a teen’s biggest challenge, Johnathan’s struggles were far greater.

Earlier that year, he had been diagnosed with manic depressive disorder. Two years before that, he began suffering from epileptic seizures. Later that month, Johnathan would be charged with a misdemeanor stemming from an incident at school.

He was admitted to Pine Rest Christian Mental Health Services in Grand Rapids on October 24. It wasn’t long before he made friends with another patient there, 17-year-old Aly Stid.

But over the course of his admission, Stid said Johnathan seemed to get worse.

“I could see it in his face, I could hear it in his voice. I knew he was hurting himself,” she said. “He wasn’t hiding that from anyone.”

On his third full day of treatment, a Pine Rest physician wrote that Johnathan said he would become suicidal if he was released.
“If you make me go home, I’ll kill myself," he said.

On October 28 during a group therapy session, the facilitator noted that John expressed regret for not taking his life when he had the chance.

“States he regrets not pulling the trigger,” the facilitator wrote. “Is unsure why he did not pull the trigger in the moment. Believes things will be better for others if he is dead.”

On October 31, a nurse wrote that John "reported he cut himself earlier this afternoon" with a broken fork he used at lunch. That same day, he left group therapy early after stating: "I just want to die, I should have (expletive) pulled the trigger."

On some days, John's hospital records showed progress during his treatment, but they were always followed by thoughts of self-harm or suicide.

On November 2, he rated his depression a “10/10,” described suicidal thoughts as “constant” and said: “I still feel depressed and wanna die every day.”

On November 3, he was listed as a "high suicide risk."

On November 4, his last full day of treatment, a nurse wrote that John “stated he has no positive support people, no hope for future, no reason to live.”

That same day, John “described suicidal thinking, with plan to use a gun or ‘whatever way I can, the moment I get out of here.’”

But the next day, for the first time in 6 days, records show John did not report feeling suicidal. Notes taken by a social worker said he “feels ready to discharge.”

Pine Rest released him that day.

“I got a call,” recalled his mother Michelle, “that said we’re discharging. And I said yesterday, he said I’m not ready to come home. That he was going to hurt himself. And (the Pine Rest employee) said: 'We do not feel like he is a danger to himself or others.'”

Michelle was skeptical, and said she asked what would happen if she refused to pick her son up from the hospital.

“(The employee) said that’s child abandonment,” she recalled, “and we will notify the authorities.”

That day, Michelle picked her son up in the afternoon and took him to his grandmother’s house.

That same night, just hours after he was released from Pine Rest, Johnathan put a gun to his head and pulled the trigger.

His sudden death was not a secret to the state officials at the Department of Licensing and Regulatory Affairs, or LARA, which regulates Pine Rest and every other licensed psychiatric hospital in Michigan. The hospital notified LARA of his suicide just days after it took place, as they are required.

But despite the red flags surrounding his death, the state asked no questions about his care or release.

“It appears very clearly that the ball was dropped and a 15-year-old is no longer with us,” said Tom Watkins, the former CEO of the Detroit Wayne County Mental Health Authority.

7 Action News shared Johnathan's hospital records with Watkins, who said an investigation into his treatment and discharge are necessary to ensure the hospital acted appropriately.

“It shouldn’t be: ‘Oh well, stuff happens.’ And move on," Watkins said. “A life was lost and it appears, it appears it could have been prevented. Why wasn’t it?”

In a statement, Pine Rest spokesman Jim Rose declined to comment on the specifics of Johnathan’s care, citing patient privacy, but said the hospital “is saddened by any loss of life and our thoughts and prayers go out to the family of the individual involved in your media request.”

As 7 Action News has reported, LARA has failed to investigate virtually every patient death reported to them since at least 2016.

RELATED: A Detroit psychiatric hospital released him, he took his life the next day

LARA spokesman David Harns said the death was not investigated because it did not involve the use of restraints or seclusion, which the department has previously said are the only circumstances where they will investigate patient deaths.

In March, our reporting prompted lawmakers to introduce bills that would change that--requiring every death be looked into by state authorities.

After both bills were introduced, the COVID-19 pandemic stalled them in committee.

Now that could be changing.

Sen. Curt VanderWall chairs the health policy and human services committee in Lansing and called the legislation a top priority.

“The intention is to make sure we investigate so that we can do a better job. We owe it those patients. We owe it to the people that love them and surround them,” Vanderwall said.

He said the bill will be taken up once the Senate returns to session in September.

“I think that this bill is exactly what we need to do to help and make sure we get better in the future,” VanderWall said.

Nine months since John’s loved ones buried him, they say they’re no closer to understanding why they ever had to.

“That’s the part that gets me the most,” said his friend Aly Stid. “He was going out of his way to vocalize it, to try to get someone to listen to him. And, no one, no one was listening.”

“The people who were supposed to be listening the most didn’t listen.”