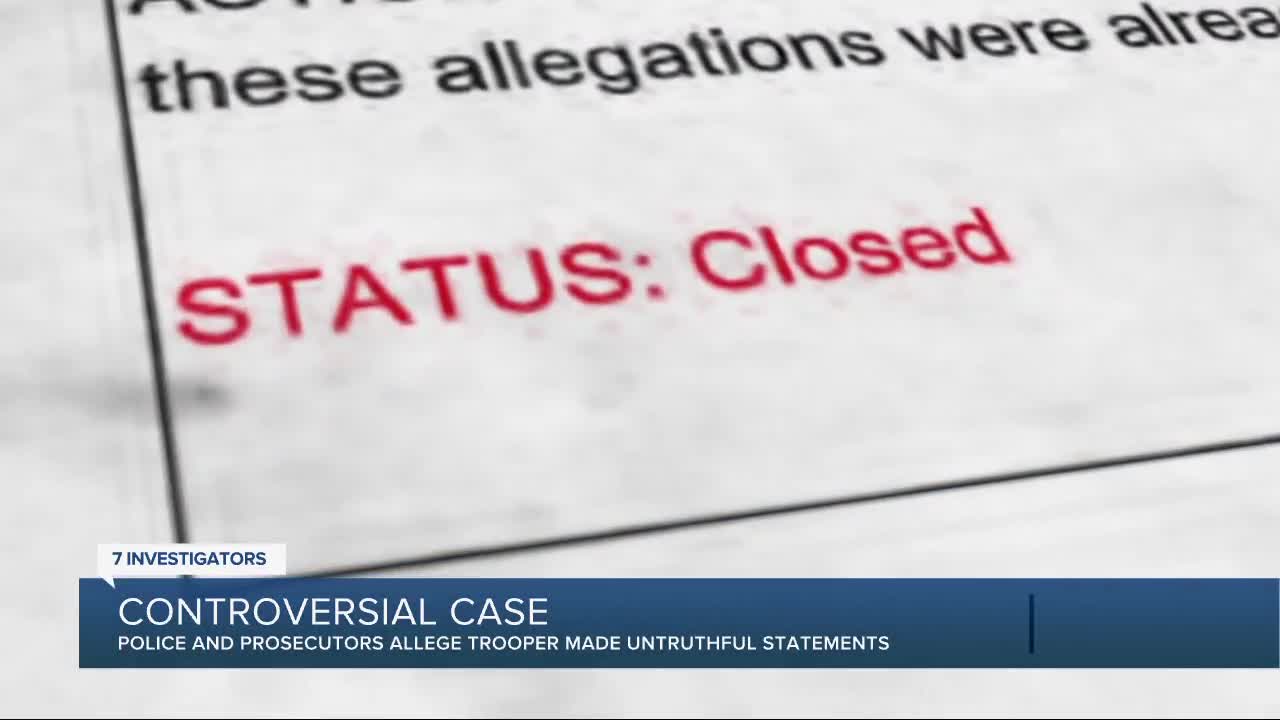 Last year, the 7 Investigators were the first to expose questions about the prosecution of two men. Ultimately, the Attorney General dismissed the charges against the men, who say they were falsely accused of molesting a young girl. Now, even more questions about this case are coming to light. 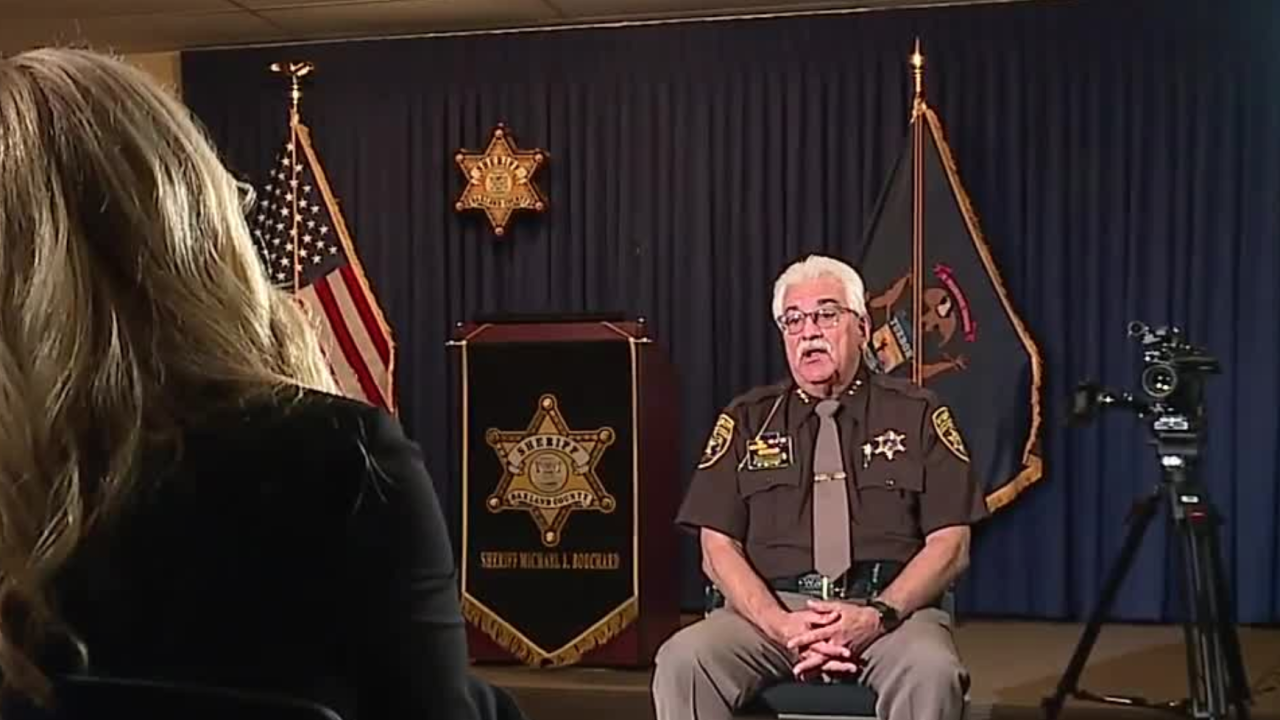 (WXYZ) — Last year, the 7 Investigators were the first to expose questions about the prosecution of two men. Ultimately, the Attorney General dismissed the charges against the men, who say they were falsely accused of molesting a young girl. Now, even more questions about this case are coming to light.

Prosecutors say perjury allegations have now been investigated against a state trooper involved in the case. The 7 Investigators have uncovered a sworn statement from that trooper that top law enforcement officials say includes untruthful statements.

In May of 2019, Attorney General Dana Nessel charged a police officer, Sean, and his step-father, Larry, with first-degree criminal sexual conduct. But the state later dropped the charges after allegations of perjury and inappropriate conduct by the investigators and prosecutors involved in the AG’s case came to light.

In order to understand this case, you have to go all the way back to 2016. That’s when Sean’s ex-wife, Johanna, contacted the Oakland County Sheriff’s office. She alleged Sean had sexually abused their little girl.

The Oakland County Prosecutor refused to issue charges after reviewing all of that evidence, plus a recording of Johanna where she tried to get Sean to terminate his parental rights in exchange for making the criminal case go away.

“I can give you a get out of jail free card and I can help you,” the ex-wife said on the recording.

“That, in and of itself, blows the whole case apart,” Oakland County Undersheriff Mike McCabe said. “She basically blackmailed him, or tried to blackmail him.”

For the first time, McCabe is speaking publicly about this case to the 7 Investigators.

“This is one of the worst travesties of justice I’ve ever seen,” said McCabe.

McCabe says his detectives conducted a thorough investigation and found no evidence of abuse.

“The prosecutor’s office had assistant prosecutors that specialize in child sexual assault cases review our files, and they agreed that it was not there,” said McCabe.

McCabe says he was shocked when he found out by accident during the execution of a search warrant two years later that the Attorney General’s office and the state police had re-opened the case without asking for Oakland County’s complete case files.

“I’d have no problem with somebody else looking at our work, no problem at all. If the state police or the Attorney General’s office had come to us and said hey, we’d like to take another look at this with a fresh set of eyes, we’d say ok sure, go right ahead. Here’s our case file! That did not occur,” said McCabe.

“I’ve never seen it in my career,” said McCabe.

Police and prosecutors say this entire case is unusual.

After Oakland County and other agencies, including Child Protective Services, found no proof of abuse, somehow the case made its way 40 miles south to Center Line Public Safety, even though no crime is alleged to have occurred there.

And how it got to that department and the Attorney General’s office has put police officers and the assistant attorney general in charge of this case under scrutiny.

Last year, Nessel announced the prosecutor on the case was forced to resign after admitting to an inappropriate relationship with a victim in an entirely different sex crimes case in Isabella County. She also said his actions during Sean’s case were “tantamount to serious violations of our prosecutorial standards.”

And now some of the sworn statements of one of the officers in charge of Sean’s case are being called into question.

In it, he says Sean’s daughter made, “numerous credible disclosures of sexual assault” during her Oakland County Carehouse forensic interviews.

“There was no credibility to what the child was saying, yet in the affidavit, it implies that there was -- that there’s credible evidence or credible reveals. That did not occur, that is absolutely not true,” said McCabe.

Walton says the county plans to notify anyone involved in cases with Trooper Busacca that he has a history of untruthful statements.

“You swear to tell the truth. If a police officer doesn’t tell the truth, then all credibility goes out the window,” said McCabe. “You put innocent people in jail when you do that.”

The Michigan State Police are now conducting an internal investigation into the trooper’s alleged actions.

MSP and the Kent County Prosecutor are also conducting a separate criminal probe into the Asst. Attorney General involved in the case, and the perjury allegations made against Trooper Busacca are part of that investigation.

The Kent County Prosecutor told us, “We have made the decision we are not filing any perjury charges…” against the Trooper.

“I’ve learned some subsequent information, that Mr. Busacca in this case apparently has been offered some type of deal,” said Walton. “We’ve got grave concerns… We will still generate a letter that says that if he appears in Oakland County and testifies, we have the following information.”

When asked whether he would put this trooper on the witness stand, Walton said, “No. I would not.”

Trooper Busacca has not responded to our requests for an on-camera interview.

His attorney, Gina Puzzuoli, sent us this statement:

“The law enforcement officials who are making these false and unsubstantiated accusations against Trooper David Busacca are the individuals who need to be investigated to determine what their motives and personal interests really are with respect to the [this] case.”

In the meantime, the investigations into the assistant attorney general and the trooper are ongoing.