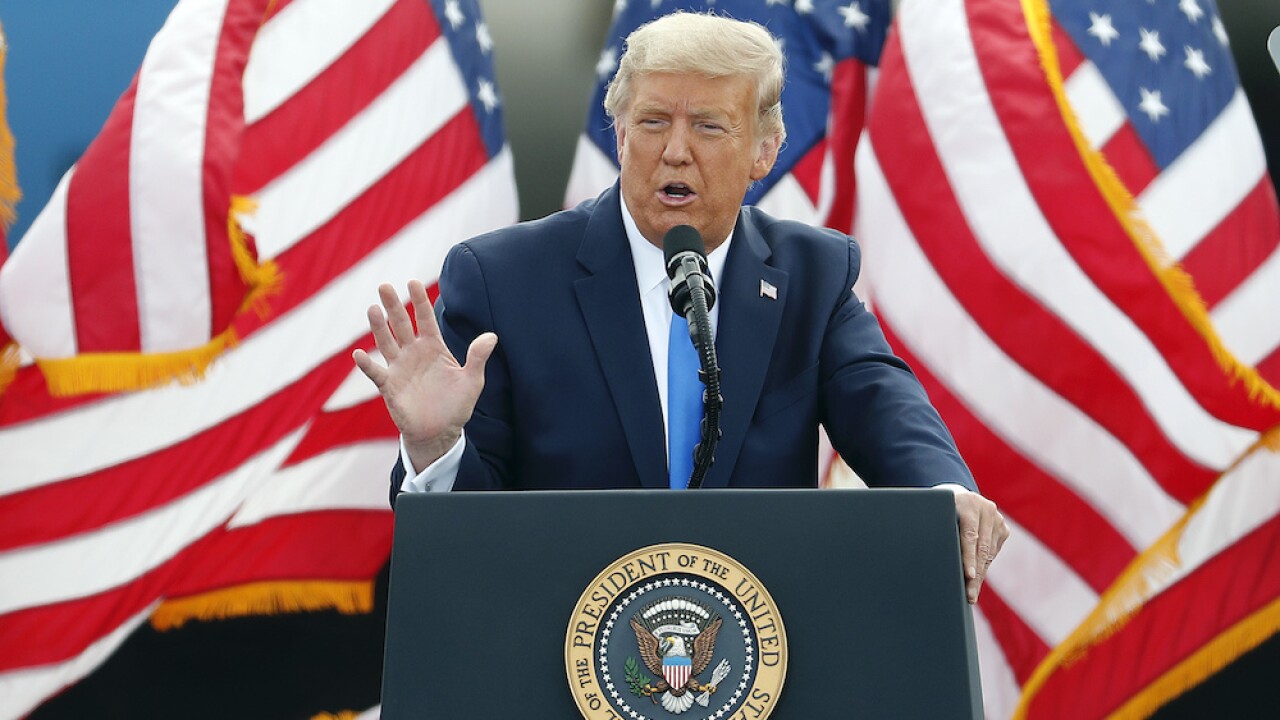 Trump tweeted an article from The Babylon Bee, a parody news website with a conservative slant. The publication's Twitter bio dubs itself "fake news you can trust."

The story claimed that Twitter shut down its entire network on Thursday to "slow the spread of negative Biden news."

"Wow, this has never been done in history," Trump tweeted. "This includes his really bad interview last night. Why is Twitter doing this. Bringing more attention to Sleepy Joe & Big T"

Twitter Shuts Down Entire Network To Slow Spread Of Negative Biden News https://t.co/JPmjOrKPcr via @TheBabylonBee Wow, this has never been done in history. This includes his really bad interview last night. Why is Twitter doing this. Bringing more attention to Sleepy Joe & Big T

Trump clarified in a later tweet that "Big T was not a reference to me, but rather to Big Tech, which should have been properly pointed out in Twitter’s Fake Trending Section!"

Twitter did experience an outage on Thursday evening, but the service had largely been restored by the time both Trump and Biden participated in separate town halls.

On Thursday evening, Twitter reported that the outage "was caused by a system change initiated earlier than planned, affecting most of our servers."

As of Friday morning, other headliens that were live on The Babylon Bee's website included "Facebook Bans The Babylon Bee For Being Too Accurate," "Mark Zuckerberg Pops Out Of Man's Shower To Warn Him The Story He's Reading Is Fake News" and "Big Tech Fights Election Interference By Interfering In Election."