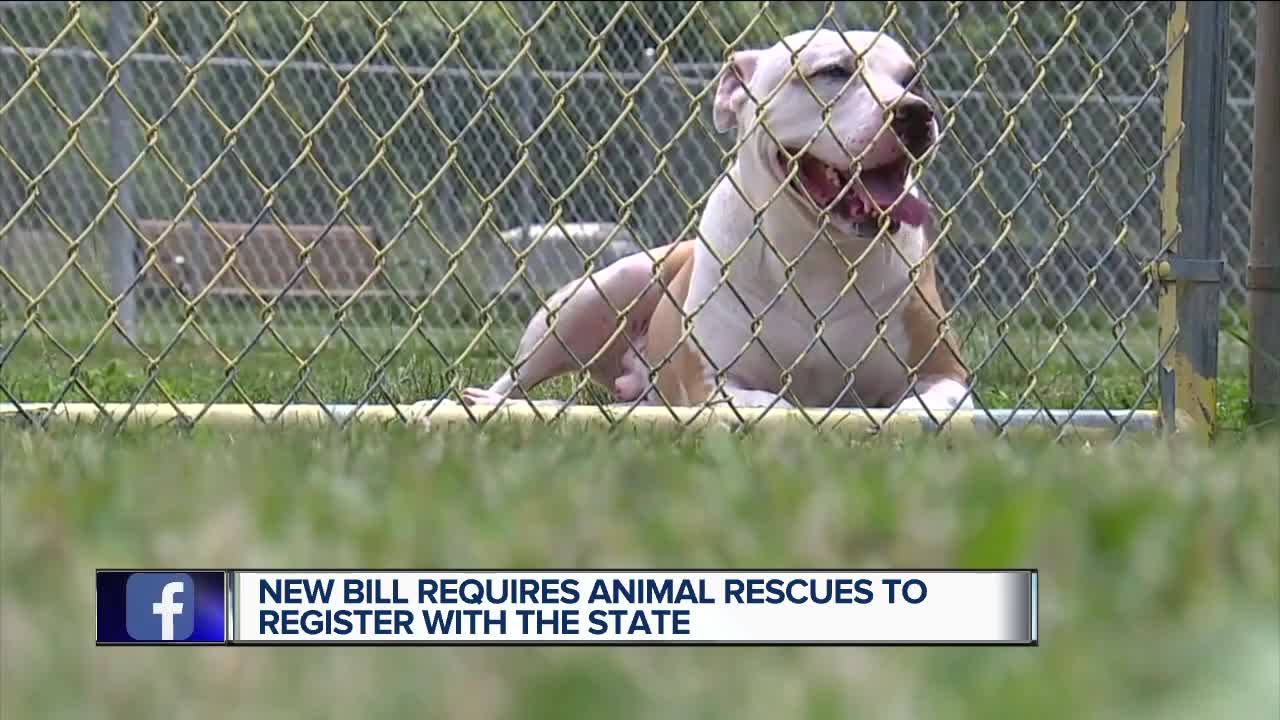 A new state bill is requiring animal rescues to register with the state.

LANSING, Mich. (WXYZ) — A new state bill is requiring animal rescues to register with the state.

State Senator Pete Lucido is introducing the legislation he says is meant to weed out hoarders and animal abusers who claim to be rescue groups. Lucido is working with animal organizations to protect pets.

He is also sponsoring two other bills meant to protect pets from abuse and neglect.

“Today I took a stance, my four-legged friends are going to have a voice.”

Who better to give them one than Lucido?

He’s loud, outspoken and passionate about many things, including animals.

One of the examples he’s talking about include the story from earlier this year dozens of dogs were found in a Roseville cemetery garage. The woman told police she runs a rescue.

Lucido has been working with animal organizations, including the Detroit Pit Crew and the Michigan Humane Society, to iron out the details in this bill.

Theresa Sumpter is the founder and director of the Detroit Pit Crew Dog Rescue.

“We want to make sure everybody is doing the right thing,” she said.

The Michigan Humane Society sent us this statement:

MHS continues to work with Senator Lucido to refine this important bill to register rescue groups in the state of Michigan. MHS is in strong support of his efforts and SB 419 and look forward to its passage.

The measure will include immunity without legal exposure.

Lucido explained, “We need to have some rules put into place so that we can go against those perpetrators that are killing, abusing, harming our animals.”

Lucido wants to introduce these bills in the next few weeks. He’s working with animal organizations to iron out some details before creating a final draft for the bill regulating animal rescues.

Lucido says if the bill goes through, rescue groups have six months to register with the state.

Detroit Pit Crew wanted clarity on whether or not foster volunteers would have to register with the state as well. But Lucido says rescue groups can still use foster volunteers as long as they keep their information for at least two years.