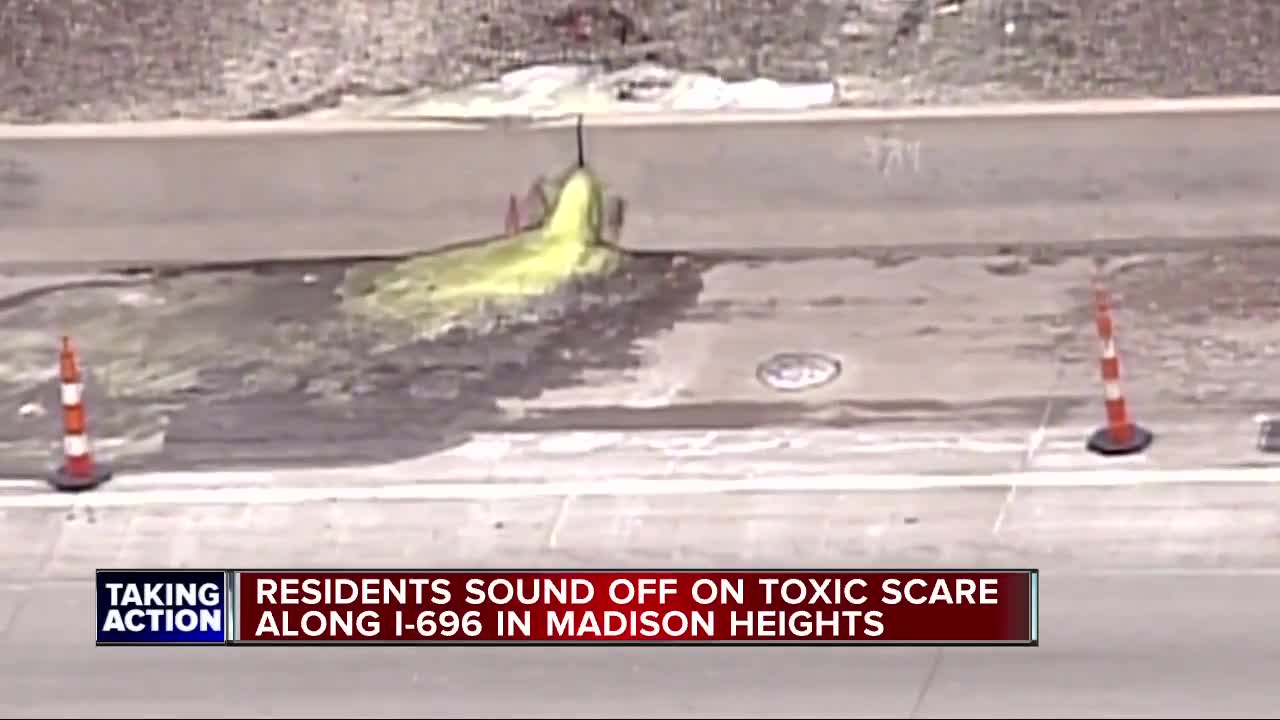 Elected officials in Madison Heights held an emergency meeting in response to a toxic chemical oozing from the ground on I-696.

MADISON HEIGHTS, Mich. (WXYZ) — Elected officials in Madison Heights held an emergency meeting in response to a toxic chemical oozing from the ground on I-696.

Residents are demanding answers about the toxic chemical and how the leak began for a second time in an old warehouse.

About a half dozen outraged citizens voiced concerns about the health risk associated with the deadly substance.

The council went into a closed session for nearly two hours to discuss "ongoing litigation" between the City of Madison Heights v. Gary Sayers.

Madison Heights Mayor Brian Hartwell was out of town on a family vacation. Mayor Pro Tem, Roslyn Grafstein said she could not provide details about the closed session.

Michigan Governor Gretchen Whitmer says her administration is considering "further criminal charges" against the "polluter" believed to be behind the green ooze that was found leaking onto I-696 approximately 10 days ago.