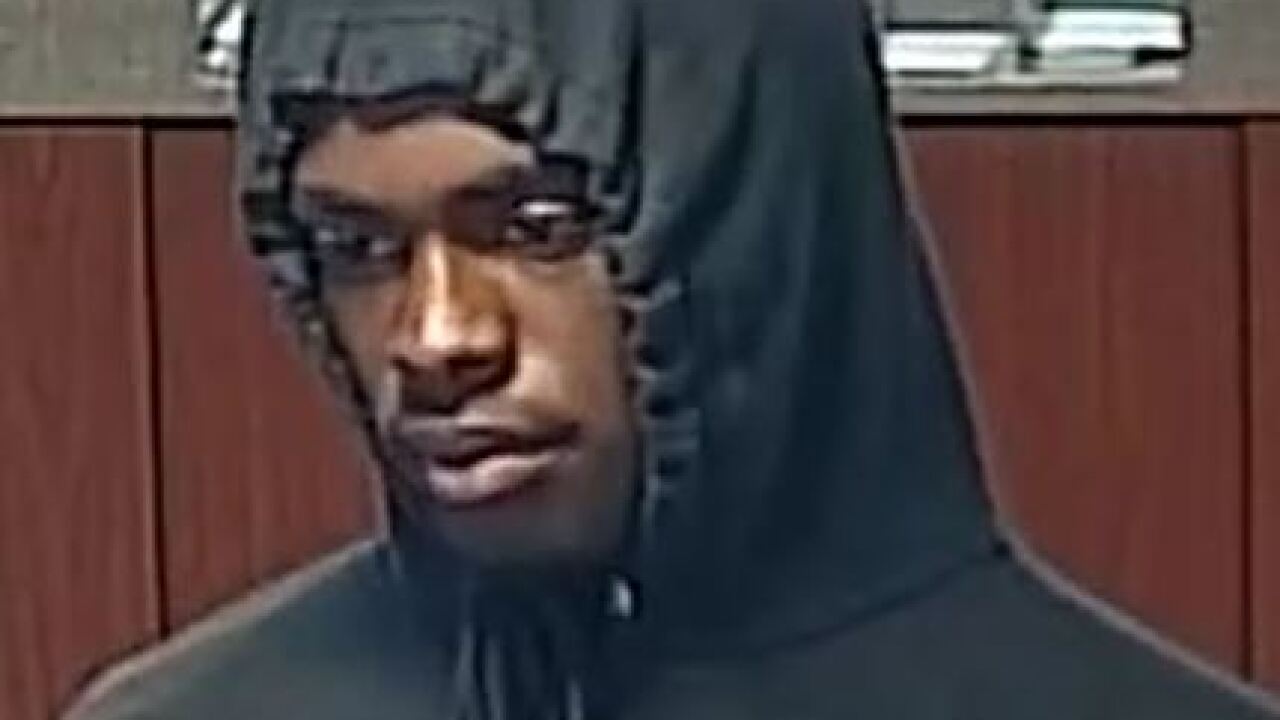 Copyright 2018 Scripps Media, Inc. All rights reserved. This material may not be published, broadcast, rewritten, or redistributed.
POLC09

Roseville Police are looking for a 20-year-old man accused of robbing a bank on August 13.

He can be seen on surveillance video wearing a black hoodie and exchanging information with the teller.

Police reports conflict one another as one report says the "teller gave the suspect an undetermined amount of currency" and the other says "he left the location prior to receiving any money."

Officers believe Austin is homeless and may be staying in an area on the 19000 block of Tracy in Detroit.

Austin is considered armed and dangerous.

He's been on the run following a bank robbery in the City of Grosse Pointe Woods on July 30.

Anyone who spots Austin or have any information on his whereabouts should call 911 or Roseville Police at (586) 447-4484.