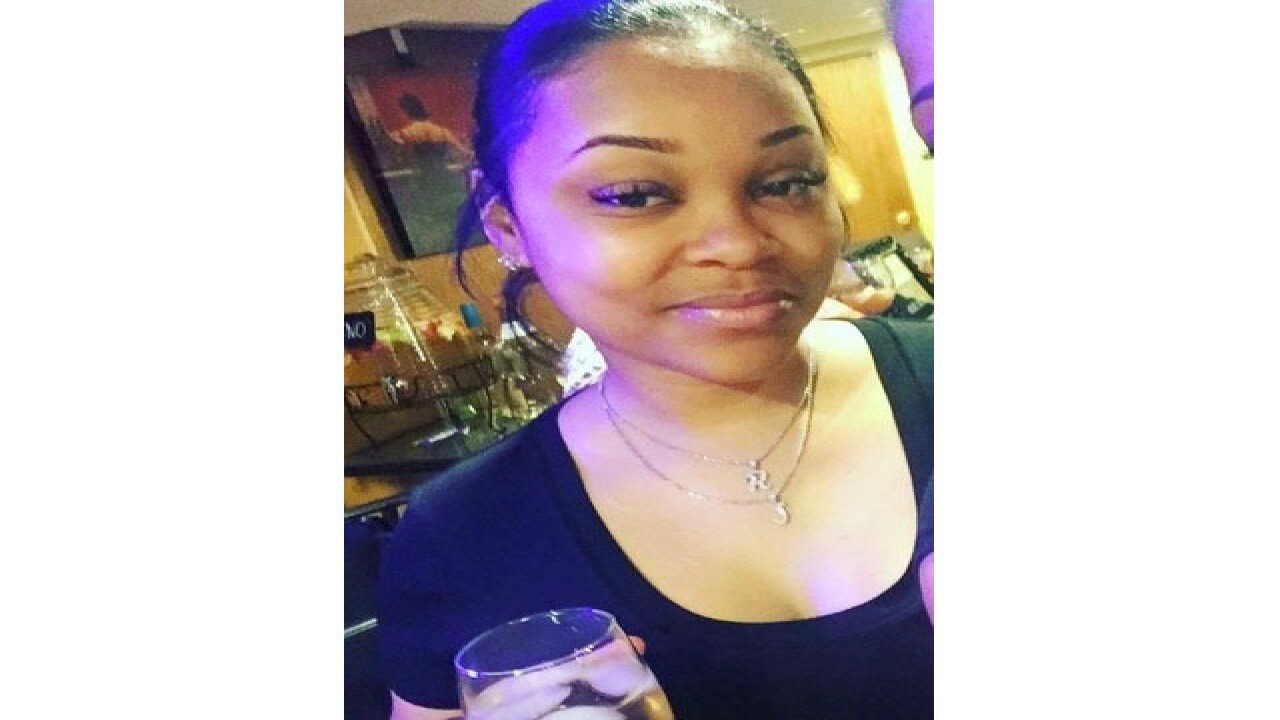 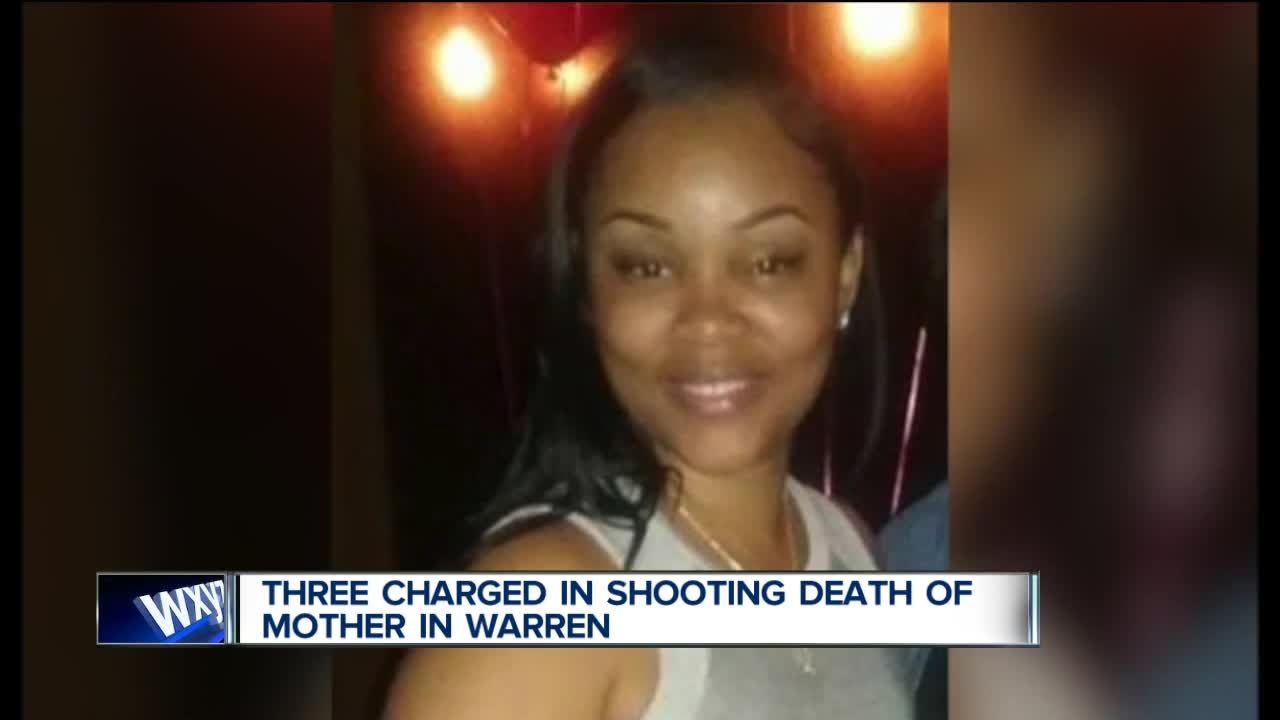 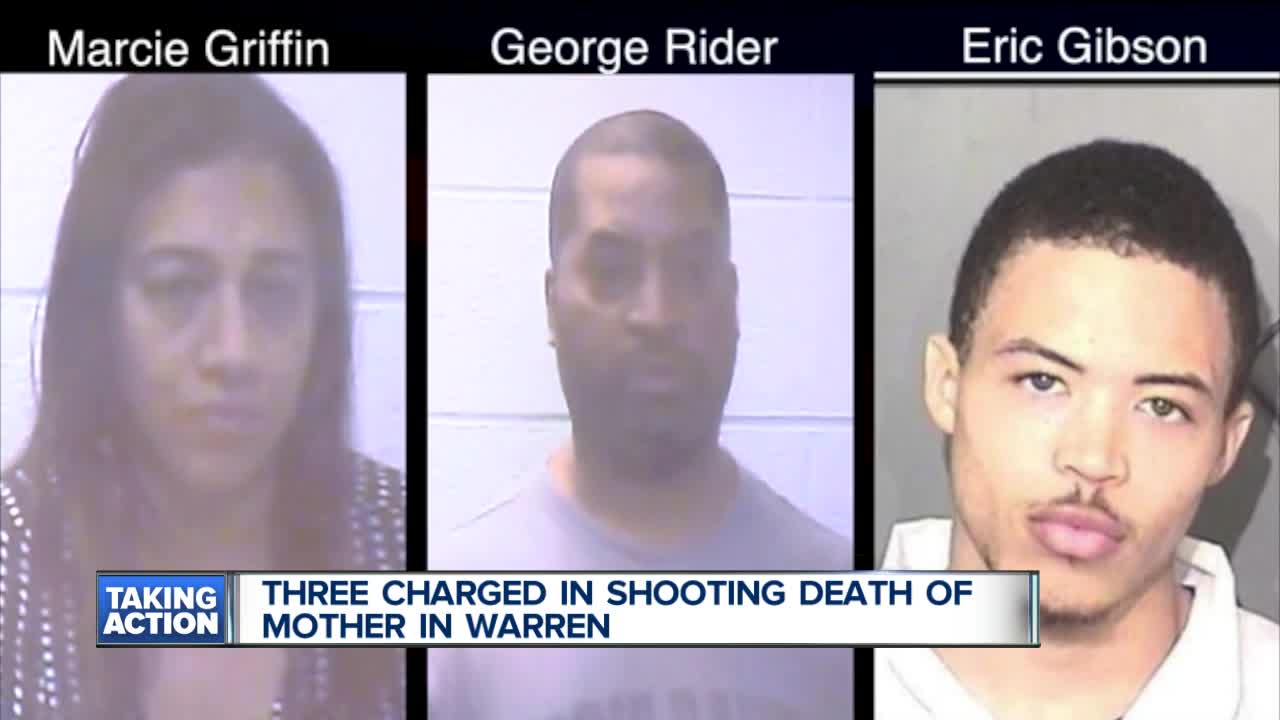 Three people have been charged in connection to the shooting death of Warren woman Julii Johnson, according to police.

We're told it is believed to be a murder for hire situation.

Johnson was shot and killed in the area of 13 Mile and Mound on Jan. 13. We're told she was in the driveway, opening the passenger door of a car to get in when she was shot multiple times.

According to police, her boyfriend was inside the house at the time and called 911 after hearing the gunshots.

Her great aunt described her as "a hard-working, single mother who will be greatly missed by family, friends and the community."

On Jan. 16, police say they found a handgun in the same path that they had previously discovered work gloves on.

Police say they began looking through phone records for people associated with Johnson and her boyfriend, Terrell Lattner.

According to police, detectives found that Gibson and Rider were in the area at the time of the murder, and that Gibson was in contact with Griffin.

Police say Griffin is the ex-girlfriend of Lattner, and had expressed hatred toward Johnson. It is believed she helped enlist Rider and Gibson in Johnson's murder.

DNA testing showed a DNA match on the gloves recovered and a sample taken from Gibson.

Both Rider and Griffin were arraigned on the charges and given no bond.