WATCH: Remembering the Queen of Soul special on Channel 7 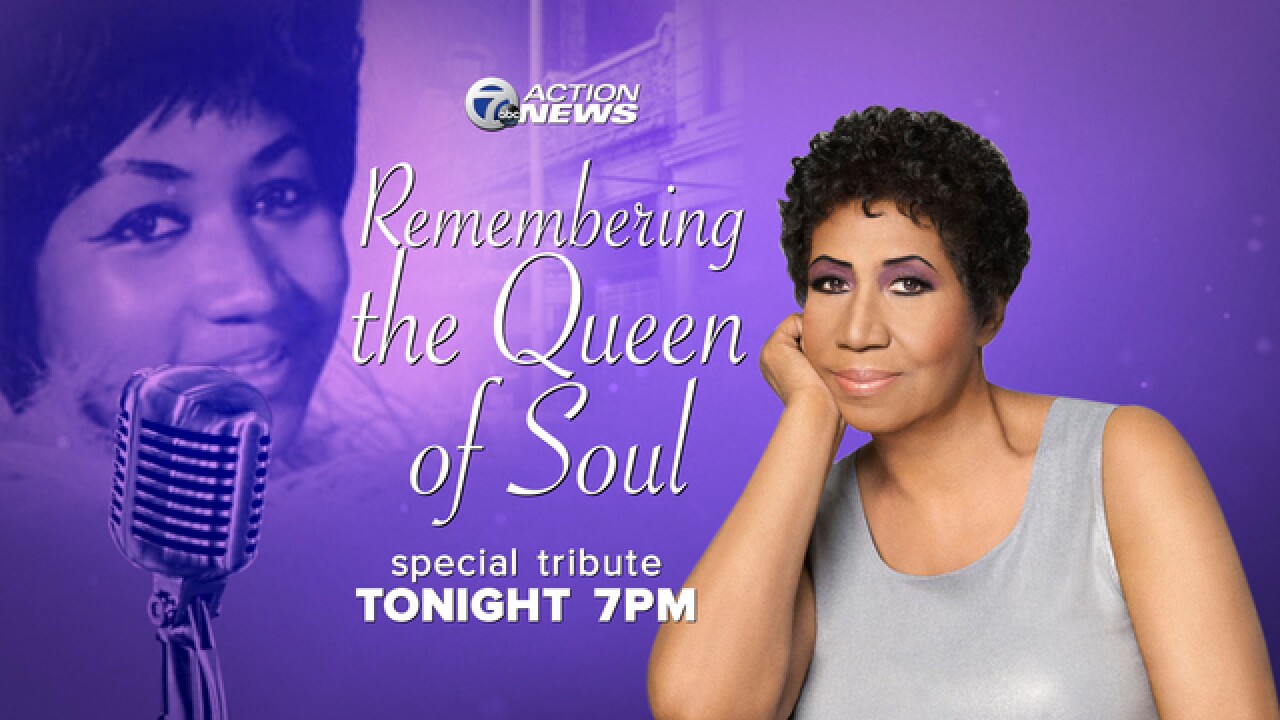 We're honoring the Queen of Soul, Aretha Franklin, during a special hour-long program on Channel 7.

Franklin passed away Thursday morning from advanced pancreatic cancer. She was 76 years old.

"We have been deeply touched by the incredible outpouring of love and support we have received from close friends, supporters and fans all around the world ," the family said, adding that funeral arrangements would be announced in coming days.

A professional singer and accomplished pianist by her late teens, a superstar by her mid-20s, Franklin had long ago settled any arguments over who was the greatest popular vocalist of her time . Her gifts, natural and acquired, were a multi-octave mezzo-soprano, gospel passion and training worthy of a preacher's daughter, taste sophisticated and eccentric, and the courage to channel private pain into liberating song.

"She was truly one of a kind," said Clive Davis, the music mogul who brought her to Arista Records and helped revive her career in  the 1980s. "She was more than the Queen of Soul.  She was a national treasure to be cherished by every generation throughout the world."

She recorded hundreds of tracks and had dozens of hits over the span of a half century , including 20 that reached No. 1 on the R&B charts. But her reputation was defined by an extraordinary run of top 10 smashes in the late 1960s, from the morning-after bliss of "(You Make Me Feel Like) A Natural Woman," to the wised-up "Chain of Fools" to her unstoppable call for "Respect."