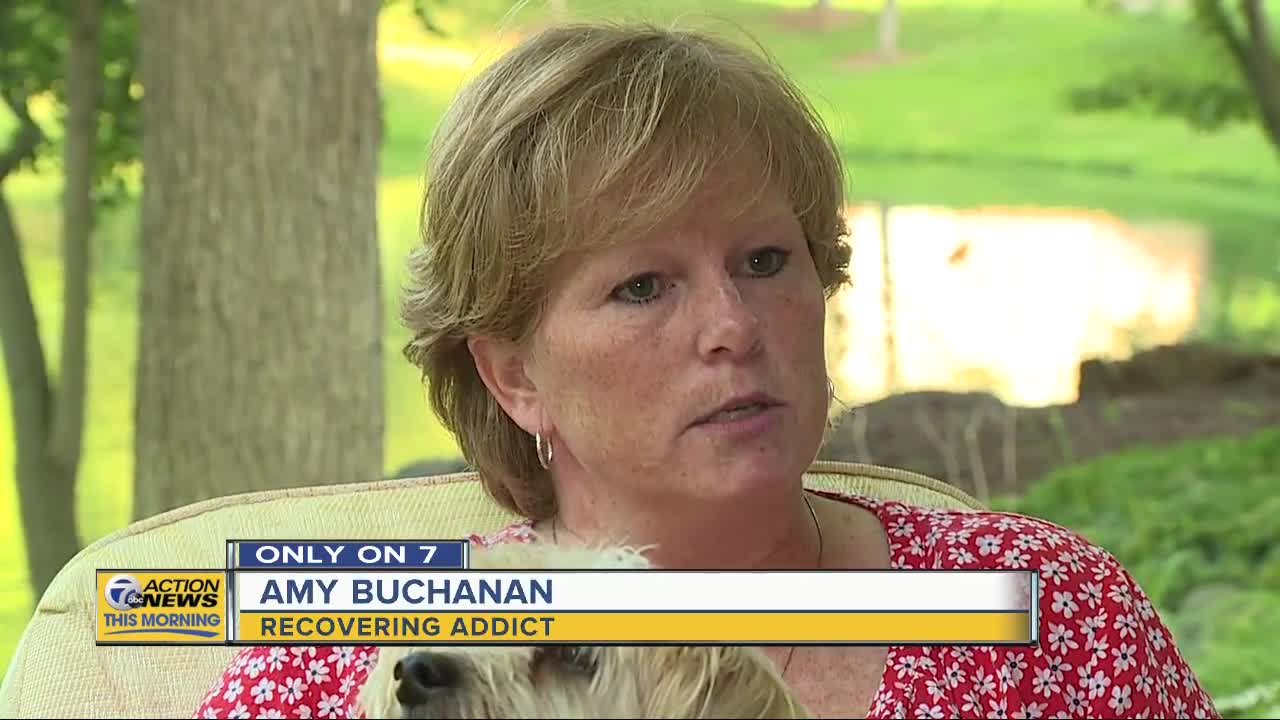 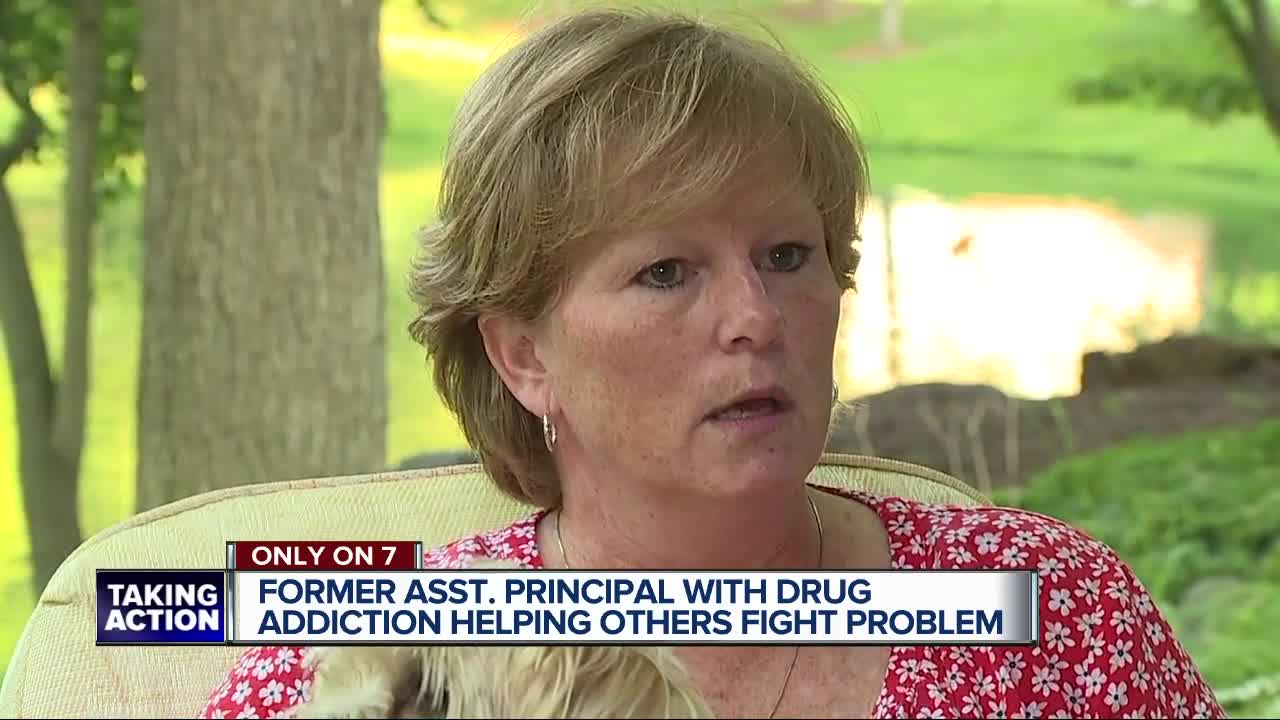 TROY, Mich. (WXYZ) — A former assistant principal at Smith Middle School in Troy, who broke into a student's home looking for drugs, is speaking out before an event next week.

Amy Buchanan says she was looking for prescription drugs to feed her addiction. After she was caught she says it was a brutal time in her life. Now she’s trying to help others who may be in the same position she was.

"Many people are put into this addiction state after being prescribed legal drugs," Buchanan said.

She was in the news for all the wrong reasons.

"I’m glad it happened, not maybe the way it did but I’m not sure I would have gotten the help I needed," Buchanan said.

The 48-year-old was addicted to prescription medication for five years. She says her doctors prescribed 120 pills to her every month. But, It was last August when here addiction took her down a dark road, one that ended with her being arrested for breaking into a students home looking for drugs to feed her addiction.

"He had mentioned at one point that the door wasn’t locked and it triggered in my brain," Buchanan said. "It’s been described to me as almost like your starving for food."

Since her arrest, she’s had to do mandatory drug testing every week. She says when she got caught it was almost a feeling of relief.

"Because it was a time that I knew I was going to get help," Buchanan said.

She is now trying to help others who are in the same position she was. She’ll be speaking at the Masonic Lodge on Tuesday, Aug. 6 in Romeo. Buchanan says it’s important to share her story and it’s OK to ask for help.

Buchanan was given two years probation. She's currently working at Milford Counseling in Milford and is 11 months sober.