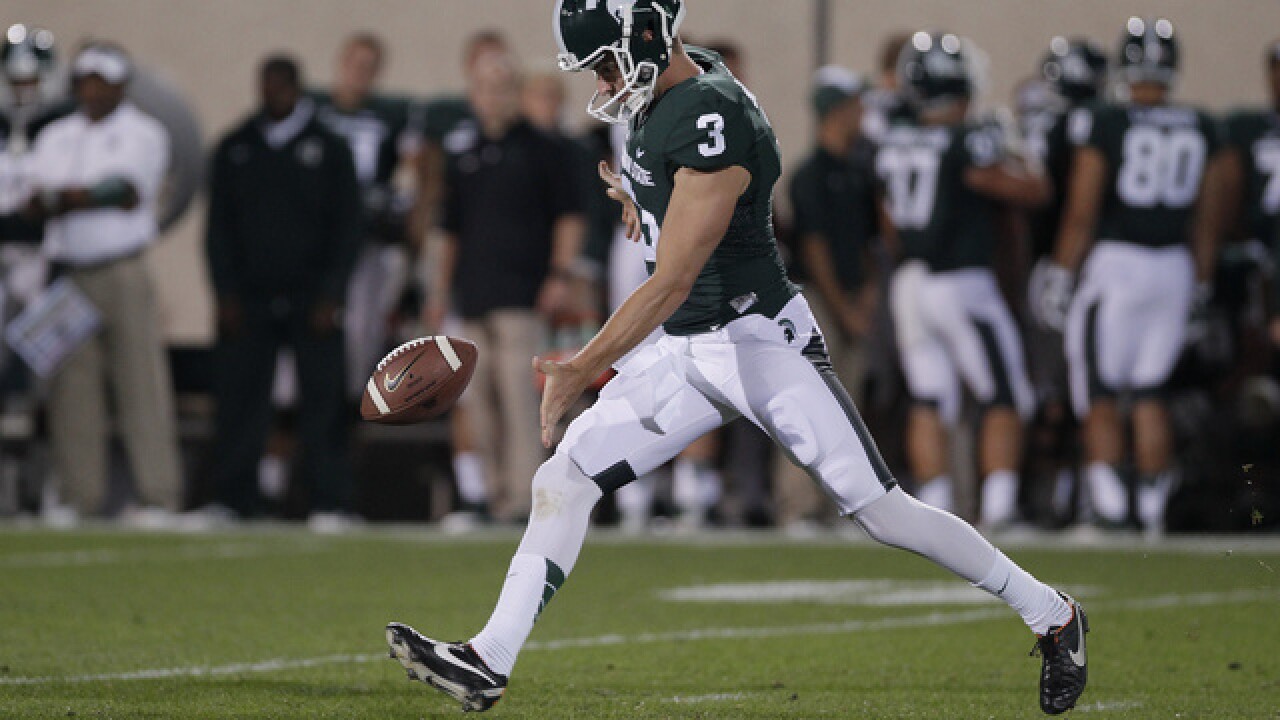 A beer named in honor of late Michigan State University punter Mike Sadler will soon be available in Michigan.

Sadler was killed in July 2016 after a car crash in Wisconsin. He was in a car with Nebraska punter Sam Foltz who also died.

It is described as an all-American wheat ale brewed with apricot, blood oranges and rose petals.

The brewery is co-owned by Michigan State alumnus RJ Banat and they released the beer in June.

According to the Detroit Free Press, Atwater Brewery in Detroit will have the beer, with the release this weekend in East Lansing before being available in Grand Rapids in Detroit later this year.