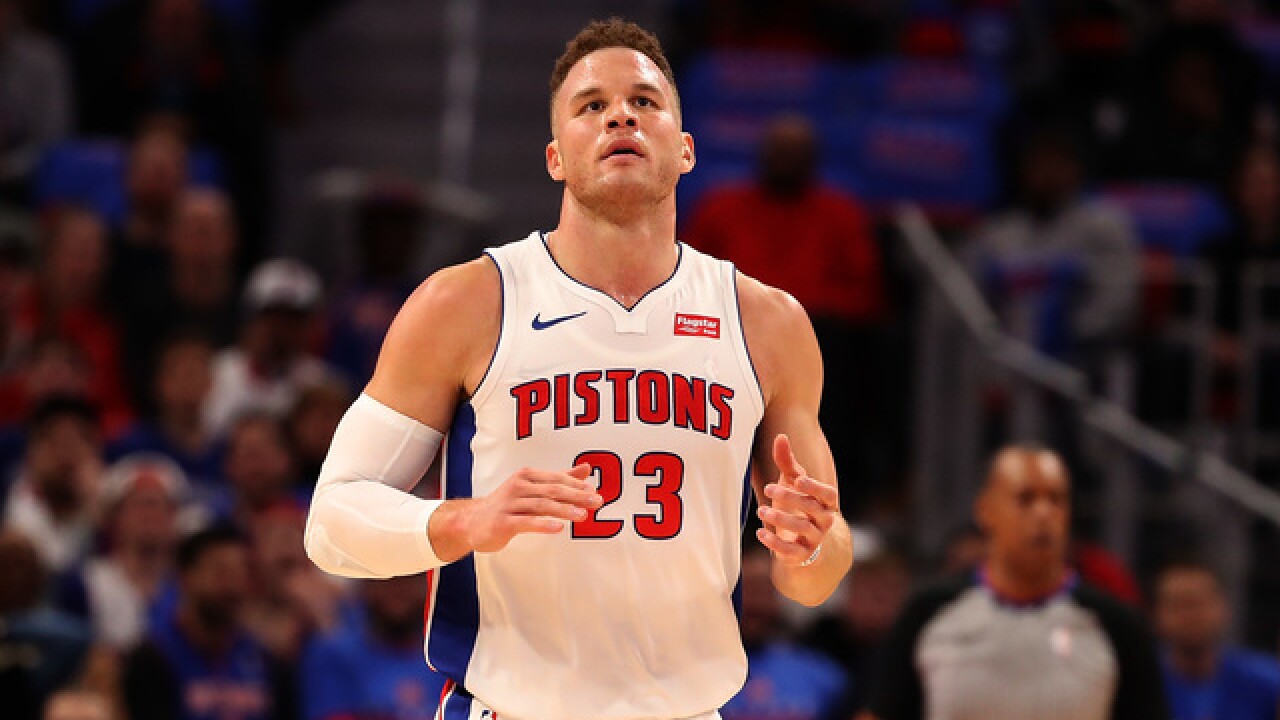 Copyright Getty Images
Leon Halip
<p>DETROIT, MI - FEBRUARY 1: Blake Griffin #32 of the Detroit Pistons celebrates a first quarter basket during the game against the Memphis Grizzlies at Little Caesars Arena on February 1, 2018 in Detroit, Michigan. NOTE TO USER: User expressly acknowledges and agrees that, by downloading and or using this photograph, User is consenting to the terms and conditions of the Getty Images License Agreement (Photo by Leon Halip/Getty Images)</p>

(WXYZ) — The Detroit Pistons will play against the Dallas Mavericks during the 2019 NBA Mexico City Games.

The games will also feature the Phoenix Suns and San Antonio Spurs, making it the first time that four NBA teams will play in Mexico in one regular season.

The Pistons are playing a game in Mexico next season, the NBA announced. pic.twitter.com/ltzMAYhdPD

“The Detroit Pistons organization is excited to be among four teams participating in the NBA’s Mexico City Games 2019," said Vice Chairman Arn Tellem. "Playing a regular-season game in Mexico City will be a great experience for our players and coaches and we look forward to showcasing Detroit Basketball to an international audience.”

The Mavericks and Pistons will play on Thursday, Dec. 12 and the Spurs will take on the Suns on Saturday, Dec. 14. The games will mark the 29th and 30th games in Mexico since 1992, the most NBA games held in any country outside the United States and Canada.