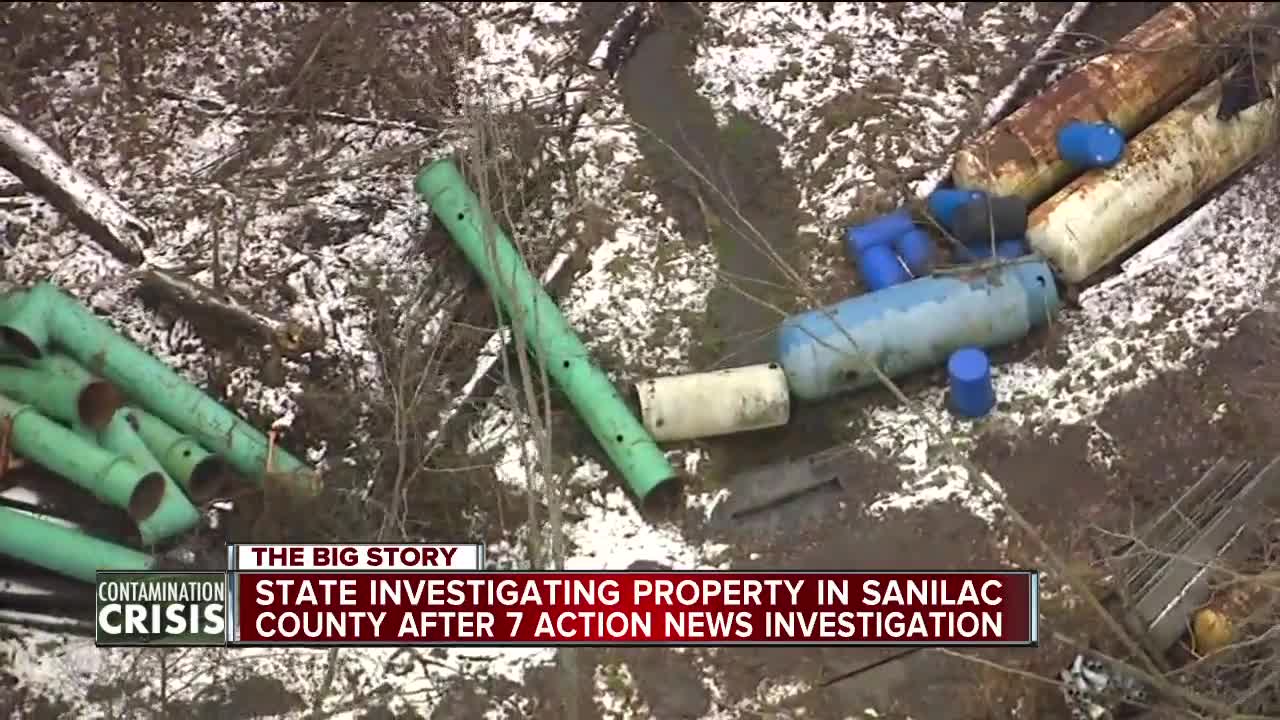 The state has launched an investigation into a property connected to the green ooze in Madison Heights following a 7 Action News investigation. 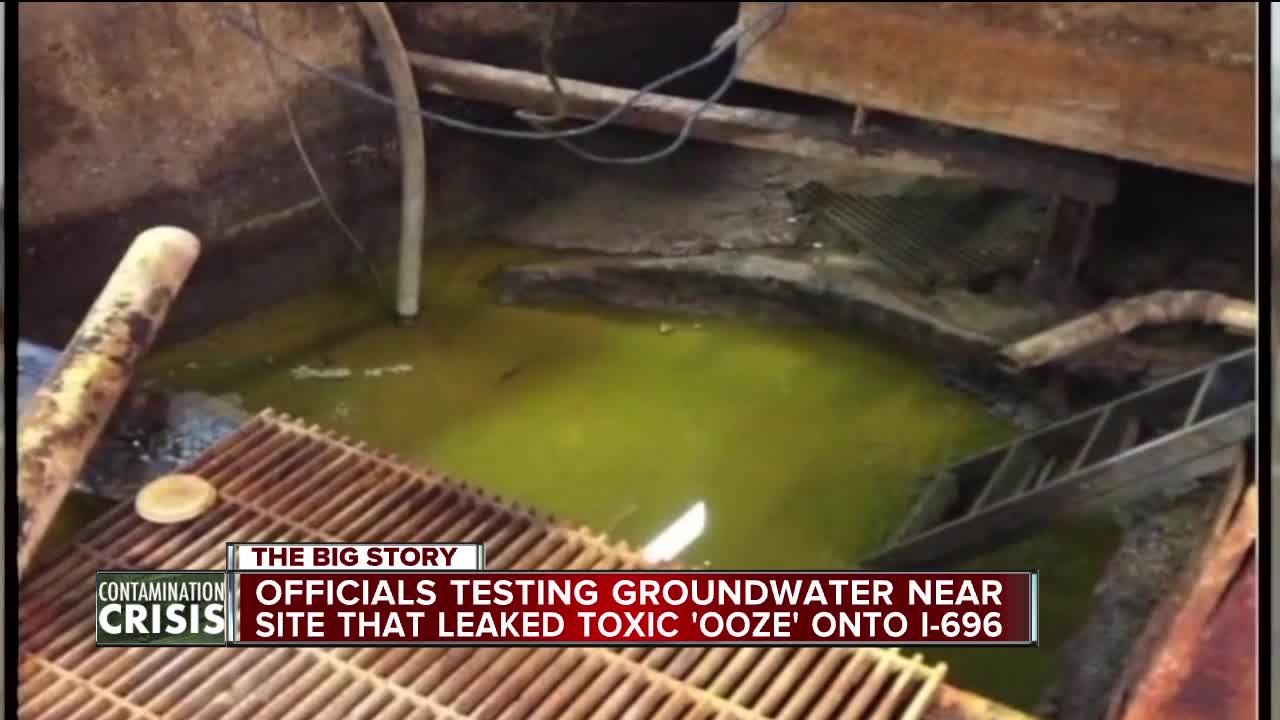 MARION TOWNSHIP, Mich. (WXYZ) — A 7 Action News investigation is resulting in action. As we tried to track down the man now in prison for illegally storing toxic chemicals that drivers saw oozing onto I-696 in Madison Heights we uncovered a disturbing scene.

He had a huge mess at another property. Exclusive video from Chopper 7 of the property where Gary Sayers told the state he lived on Loree Road in Sanilac County’s Marion Township shows debris, barrels piled up, some in creeks, and scrap. We went to the house because Gary Sayers told the state that is where he lived. Neighbors say he never lived there and now that they know of his conviction the time of day he chose to come out here and operate his excavators is concerning.

“We would hear engines and activity going on back there anywhere from one, to three or four in the morning,” said Lowell Decker, a neighbor.

He wants to know what is under the ground?

“When we were investigating Electro Plating Service here in Madison Heights back in 2017, we did a search for any properties that he may own. We visited the Sanilac County Property in 2017,” said Tracy Kecskemeti, of the Michigan Department of Environment, Great Lakes & Energy.

The Michigan Department of Environment, Great Lakes and Energy or EGLE, the EPA and Sanilac County Emergency Management sent inspectors out again today for a walk through and preliminarily didn’t find hazardous waste.

“State and federal officials at the Sanilac County property found an increase of scrap material on site since a 2017 visit, including empty totes and containers. However, initial reports indicate no hazardous materials on site, nor visual evidence of a dump that would have resulted in discolored soil or dead vegetation. Also, while an empty 300-gallon plastic tote was found in a creek on the property, the water in the creek is clear,” said a press release sent out by EGLE.

Lowell Decker fears a walk through is not enough.

“Of course we don’t want toxic waste buried across the road from us,” said Decker.

Sanilac County Emergency Management Director Todd Hillman says he will see that the land and water is also tested.

“My concern is to make sure there are no hazardous materials here that are going to create a public health issue,” said Hillman.

“I think at this point we need to look at properties he owned across the state,” said Rep. Shane Hernandez (R-Port Huron).

Rep. Hernandez is scheduling hearings in Lansing to investigate whether enough was and is being done to address the mess left by Gary Sayers.

“If it wasn’t for you, Channel 7, this would have never happened. It would have been swept under the rug,” said Decker.