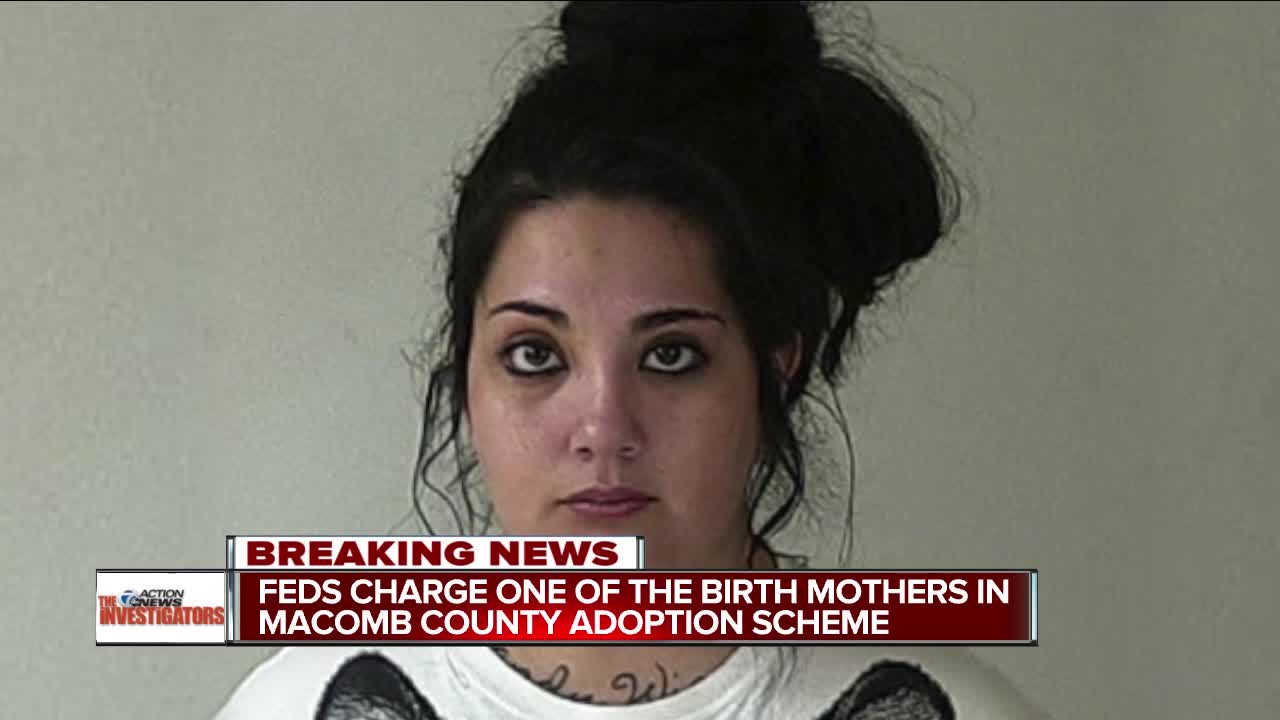 Another woman has been arrested in connection with the Macomb County adoption scheme that the 7 Investigators have been leading the way on for months. The feds have now charged one of the birth mothers they say was part of the conspiracy with Tara Lee.

(WXYZ) — Enhelica Wiggins, a birth mom who was charged in the Macomb County adoption fraud scheme for allegedly working with Tara Lee, pleaded guilty to wire fraud in federal court on Wednesday.

Wiggins, 29, was charged in May and was allegedly part of the conspiracy with Lee. When the feds busted Lee, they listed seven birth moms as Jane Does in the court records.

During the plea hearing, Wiggins admitted that she impersonated other birth mothers in order to facilitate fraudulent adoption matches, and that she was not pregnant from April 2018 to 2019.

Wiggins is currently in custody related to violation of her bond conditions, including new criminal conduct. She will remain in custody until sentencing, which is scheduled for Jan. 21, 2020, in front of Judge Bernard Friedman.

In August, Lee pleaded guilty to two counts of wire fraud, in relation to counts 4 and 5 of an indictment, which allege that on Feb. 25, 2018, a couple from Georgia received an Always Hope adoption opportunity for a birth mother identified as "RaShaunda." The opportunity included a photo of RaShaunda and said she was pregnant with a boy with a due date of June 30, 2018.

A day later, the couple paid Lee $15,000 after Lee allegedly told them that RaShaunda had chosen them to adopt her child.

The indictment alleges that from February to June, Lee communicated with the couple through text messages and phone calls and gave updates, but on June 12, Lee called and said that RaShaunda had been shot and killed and that her baby died on the way to the hospital.

In the indictment, the feds say that RaShunda didn't exist, and that Lee fabricated RaShaunda and her pregnancy.

She is scheduled to be sentenced on Nov. 19, 2019 at federal court in Ann Arbor.