MI teen with heart condition gets to be Senator for a day with Sen. Gary Peters 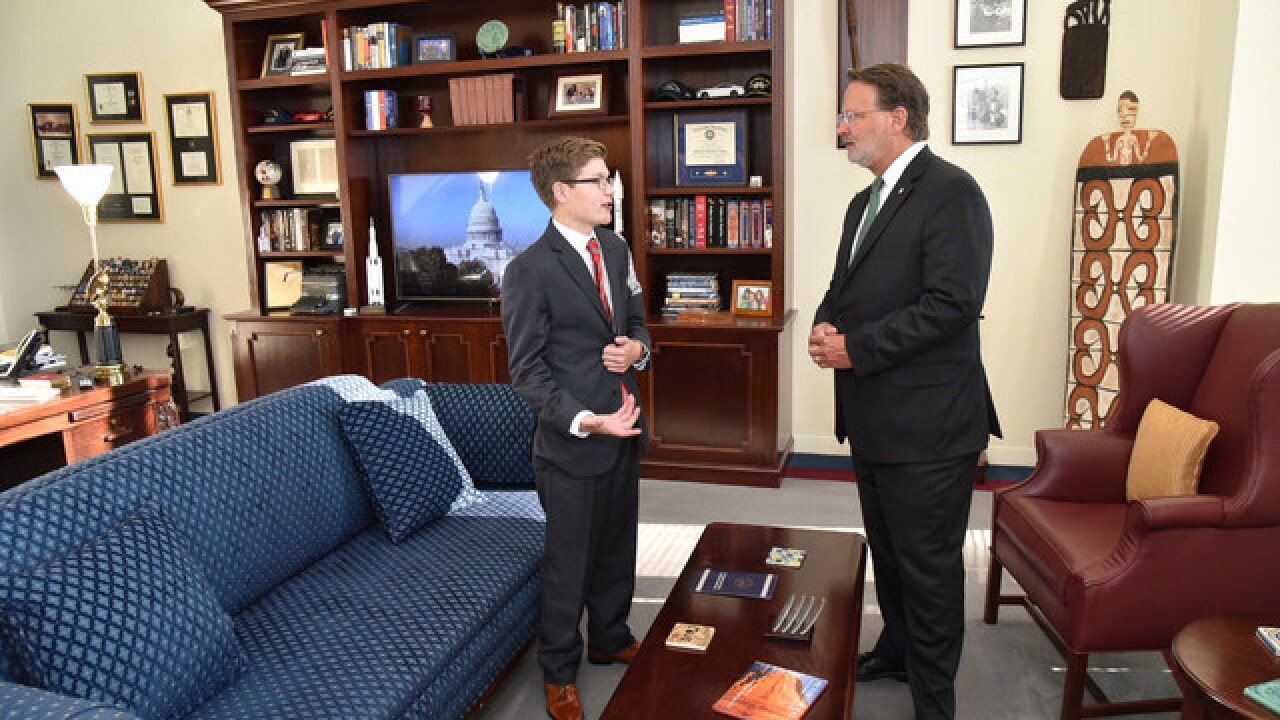 A Michigan teen who wanted to be a U.S. Senator for a day had his wish granted thanks to Make-A-Wish Foundation and Sen. Gary Peters.

Thomas Stephenson, 18, from Greenville, is very passionate about politics and wanted to get a first-hand look at the United States political system. When he was eight, his grandfather took him to Washington D.C. to meet with legislators from Michigan.

Thomas was diagnosed with a congenital heart condition called Hypoplastic Left Heart Syndrome, which means he was born with his left ventricle and left atrium severely undersized. At just 5 days old, Thomas had his first surgery in a series of three that reconstructed the right side of his heart to do the blood-pumping job of his entire heart.

About a year ago, Make-A-Wish representatives came to his house and asked what he'd like to do.

"I could buy a trip somewhere, to Disney or to the tropics, but I could never buy myself a position in the U.S. Senate," Thomas said when asked why he chose to be a senator for a day.

His day in Washington was spent meeting with constituents over coffee, sitting in on meetings with farmers and people in agriculture, other meetings about the cost of college, and a bipartisan meeting with Republican Sen. Shelley Moore Capito from West Virginia.

"It's very interesting to see all of the meetings that go on, all of the behind-the-scenes stuff at the Capitol that ordinary people don't see," Thomas said.

While Thomas is pursuing a career in nursing at Michigan State University, he said that he'll continue to be involved in the political process throughout his life.