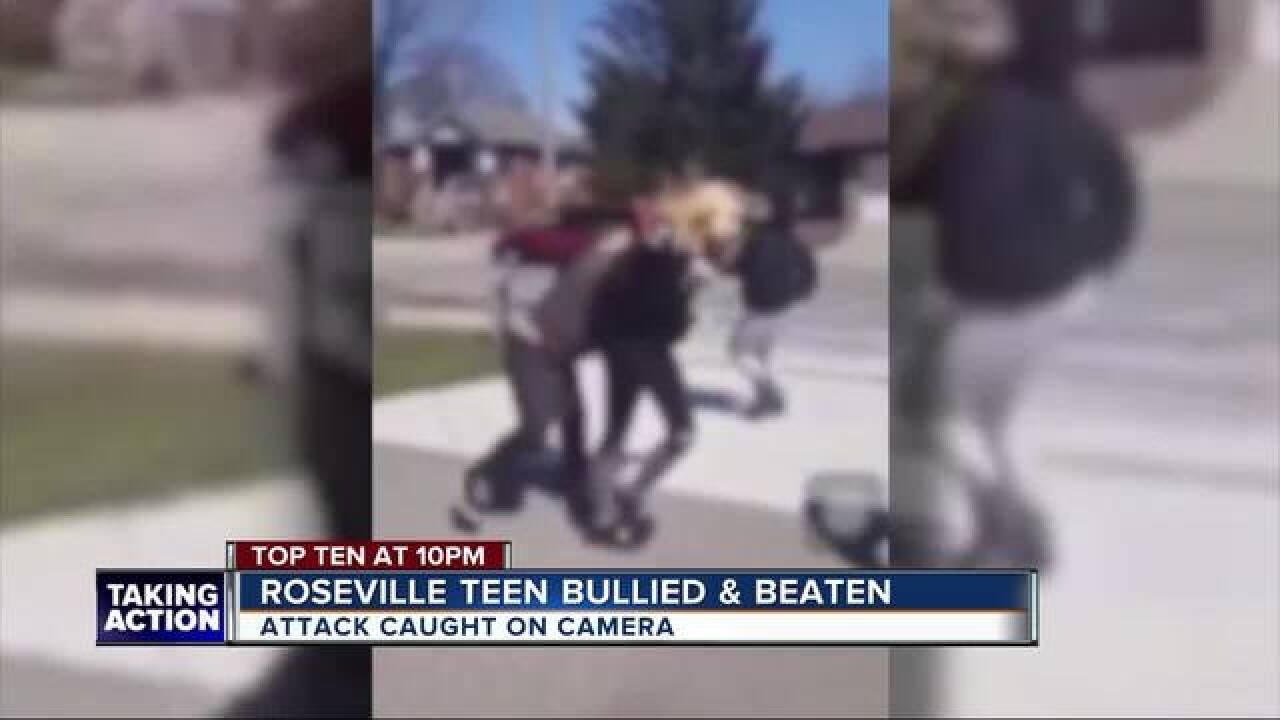 A Roseville mom is calling for action after she says her daughter was bullied and beaten in an incident that was caught on camera.

The 14-year-old 7th grader is bruised and sore and, along with her mother, calling on the school to step in and punish those responsible.

"They were following us," says  Alissa St. Peters. "And then right when we got about here is when they started hitting me. Next thing I know it. Everything just happened really fast. Next thing I know I was on the ground getting hit."

Alissa's mom has seen the video of the assault.

"I wanted to throw up. It made me sick to watch it," she says. "Why would somebody do that to another human being is beyond me. It was scary. It was scary to watch it and nobody do anything about it."

"My sister was the only one who was really trying to help," says Alissa. "I saw people there who I know who I thought were my friends but I don’t think you know who your real friends are until something like that happens."

Alissa's mother says this is just the latest bullying her daughter has endured. She says her daughter has already been in counseling for the bullying, which has been brought to the school's attention, but nothing has been done about it.

"I just wanted Alyssa to be safe in school," she says. "She was coming home every single day crying and I wanted her to be safe. That’s all I’m asking for, to be safe."

Officials have released a statement that sys in part:

This fight is under investigation. Disciplinary action will happen if needed.