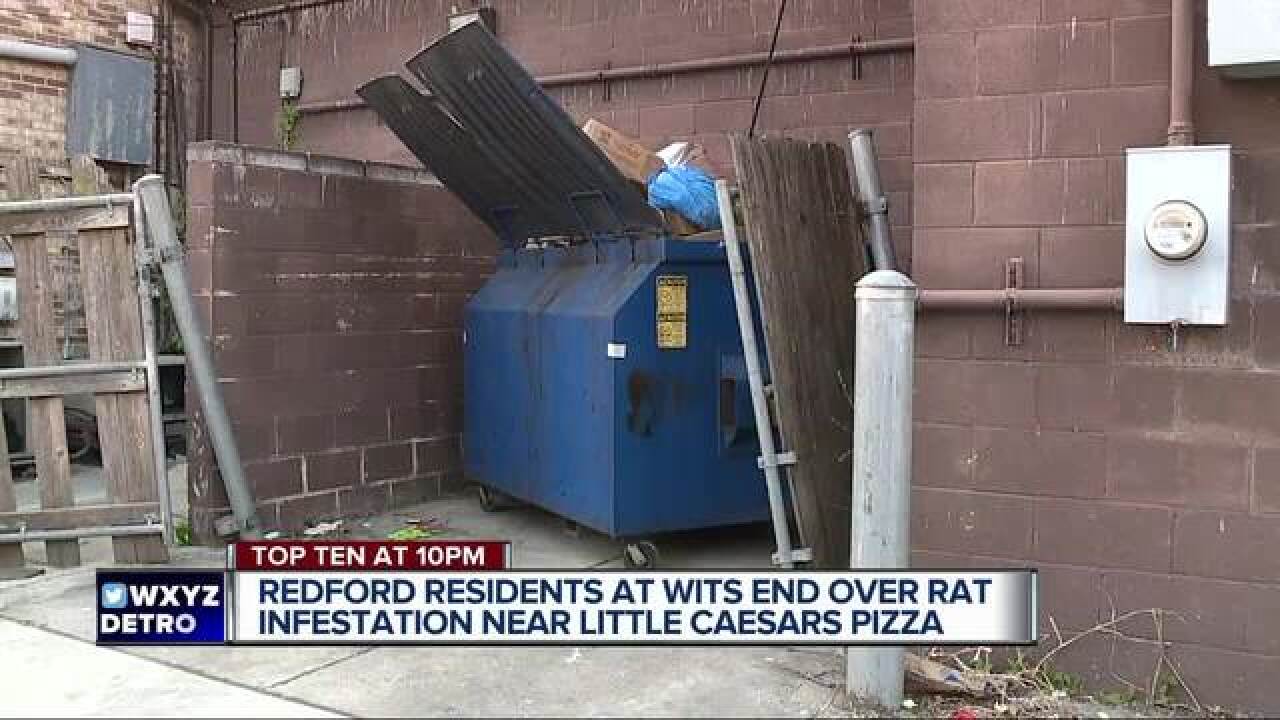 Residents in Redford are at the end of their rope over a rat infestation.

People living near the Little Caesars pizza on 7 Mile Road claim it's all due to the store's messy trash area.

The signs of rats in this area are hard to miss, including big holes in the ground and surveillance video of the rats setting off motion lights.

Residents tell 7 Action News the problem is persistent because of the easy access to food at the dumpster behind Little Caesars at 27217 7 Mile Road.

The overflow and the open lid is why residents said the food is being carried all around the neighbor.

"It's been ongoing since 2010, I've got pictures of squirrels running around with pizza here and it's cute, but now the rats are running around and it's not so cute," said neighbor Greg Hartle.

Hartle actually has that picture to prove it, and more, it's not just pizza the rats are after.

"Wings, bread sticks, the whole menu, they're not picky, they like it all," said Hartle.

Residents said everything they do to fight back doesn't help, because the trash is never picked up properly.

"I actually set live traps around and caught 35-40 last year just out of my yard," said Miller.

"They've been out here, they've been ticketed several times and it's cheaper for them to pay the tickets than to fix the problem," said Hartle.

While 7 Action News cameras were out covering the story, we caught someone cleaning up the food outside of the dumpster.

They said rats are ruining their homes, chewing through their sheds and gardens and it's simply disgusting.

"Clean it up or shut it down, plain and simple," said Hartle.

Hartle said he's hired an attorney and is looking into the possibility of suing Little Caesars.

7 Action News reached out the district manager of the Little Caesars at 27217 7 Mile Road but he wasn't able to comment.

A request to corporate public relations was not answered after business hours.