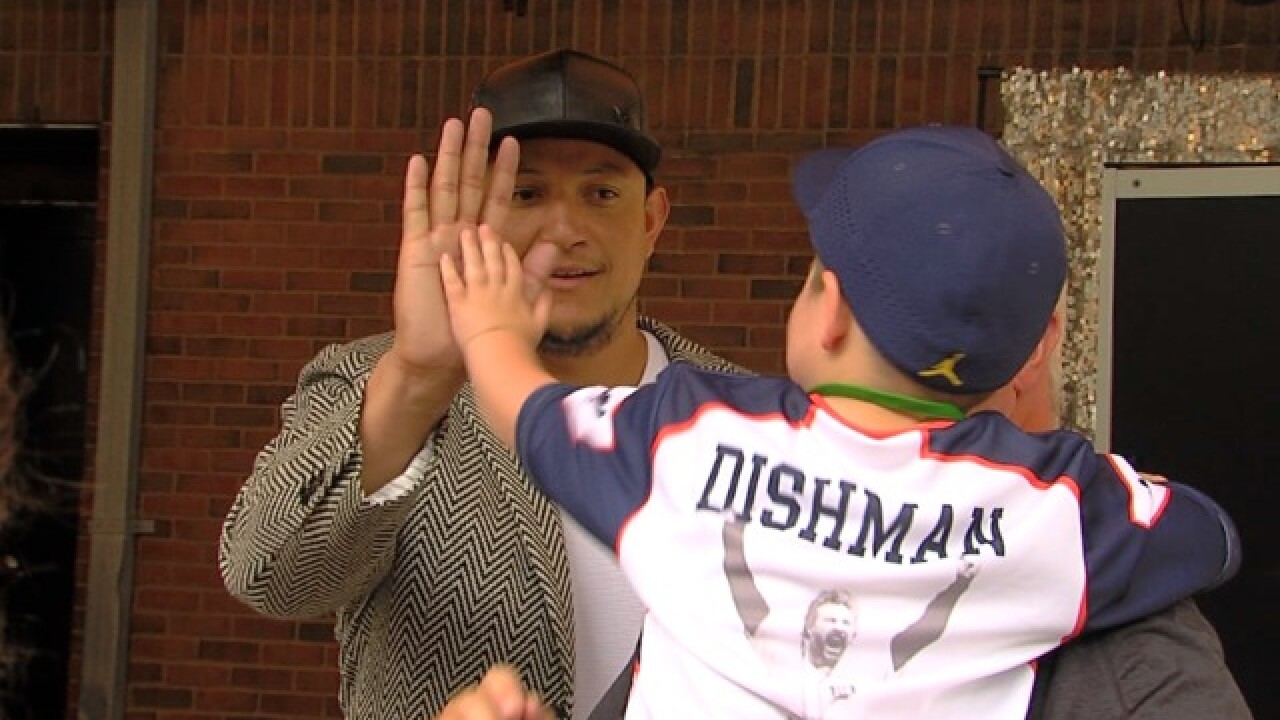 Copyright 2018 Scripps Media, Inc. All rights reserved. This material may not be published, broadcast, rewritten, or redistributed.
Craig Moreland

The Tigers were off on Monday night, so Miguel Cabrera rented out Comerica Park to host kids from local children's hospitals.

Of course, sitting out games has become the norm for the Tigers first baseman this season. But not by choice.

"It's hard to be Miguel right now, but I try," Cabrera said with a laugh.

The 35-year-old has been out since rupturing his biceps tendon on June 12.

"I know I have to give it some time to heal, and the most important thing is, I've been feeling good," he said. "I hope I can be 100 percent again."

Cabrera said his injury rehab is working at a slow pace, but he's hopeful he'll be able to do more soon.

As far as a target date is concerned, Cabrera said he hopes to return by spring training, but he doesn't have a hard date targeted. He reiterated what he said early in the season, that his focus is on returning when he's healthy.

"I need to stay focused mentally, be positive, and try to come back healthy," Cabrera said.