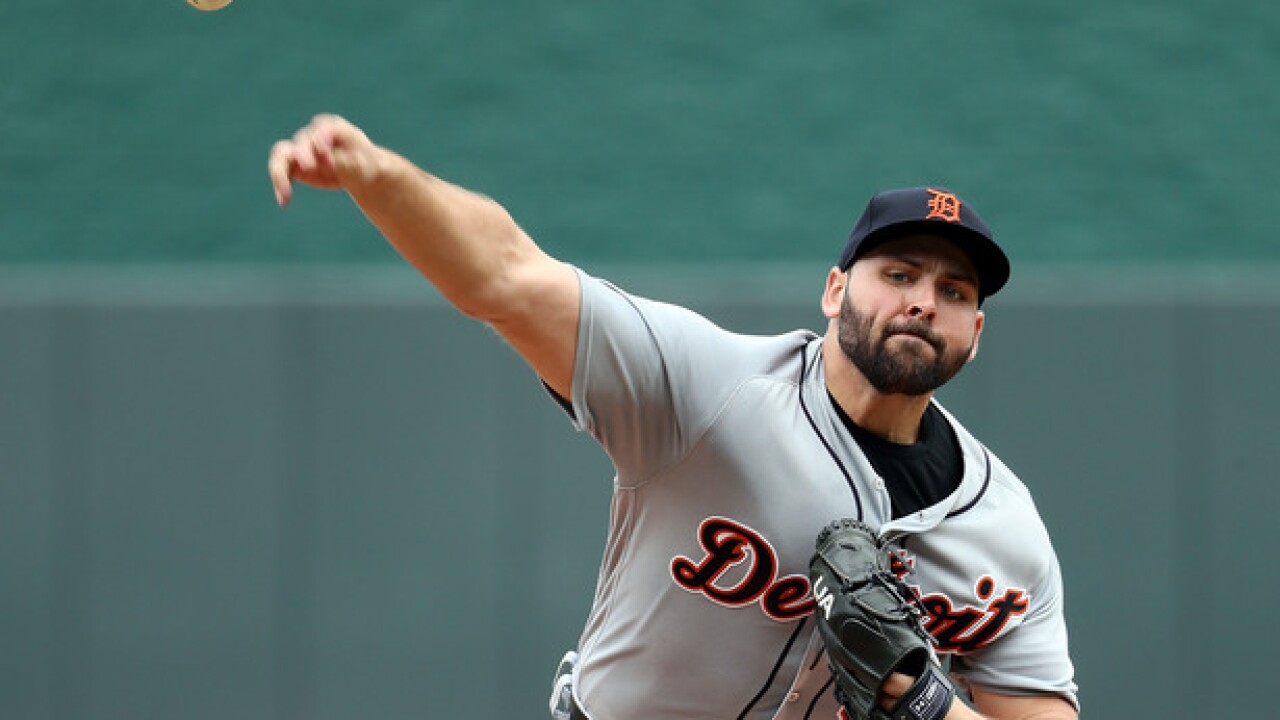 Copyright Getty Images
Jamie Squire
<p>KANSAS CITY, MO - AUGUST 29: Starting pitcher Michael Fulmer #32 of the Detroit Tigers warms up prior to the 1st inning of the game against the Kansas City Royals at Kauffman Stadium on August 29, 2018 in Kansas City, Missouri. (Photo by Jamie Squire/Getty Images)</p>

Duffy (8-11) gave up both hits and his only run in the first inning, when Mikie Mahtook drove in Jose Iglesias with a two-out single. The left-hander labored through the frame but breezed the rest of the way, striking out six while working around a trio of walks.

Alex Gordon hit a two-run homer and Brett Phillips had a pair of RBIs as the Royals pounded Tigers starter Michael Fulmer (3-10) in his second outing off the disabled list.

Fulmer, who tossed 4 2/3 shutout innings against the White Sox last week, allowed seven runs on eight hits before he was chased with two outs in the fourth. Fulmer is winless in his last seven starts, losing five of them, since beating the Twins on June 14.

Mahtook also homered off Wily Peralta in the ninth for Detroit.

Mondesi began Kansas City's onslaught with his homer in the second, his second in as many days. Gordon went deep in the third, and the Royals added on with two triple and two doubles in the fourth.

The Royals kept tacking on runs against the Detroit bullpen, sending the Tigers to their fifth consecutive loss. They've now lost 26 of their last 32 on the road.

Much like Fulmer, Duffy had been struggling much of the past month, going winless in three starts around a stint on the DL. But he was in complete control after the first inning, the only runners he allowed coming on a pair of walks and an error by third baseman Hunter Dozier.

Duffy's performance was rather unexpected, too. He'd lost three straight to the Tigers, including two rough outings earlier this season, and was 3-8 with a 6.01 ERA in day games.

Tigers: Iglesias left in the fourth inning with a lower abdomen strain. He singled in the first inning and flied out to center field in the third. Jim Adducci replaced him in the lineup.

The Tigers head to New York on Thursday night with LHP Francisco Liriano (3-9, 4.82 ERA) facing Yankees LHP J.A. Happ (15-6, 3.80) in the opener of a four-game set. The Royals get the day off before facing Baltimore on Friday night in a matchup of the two worst teams in the majors.