Tigers' Ron Gardenhire back in Minnesota: 'Always loved this place' 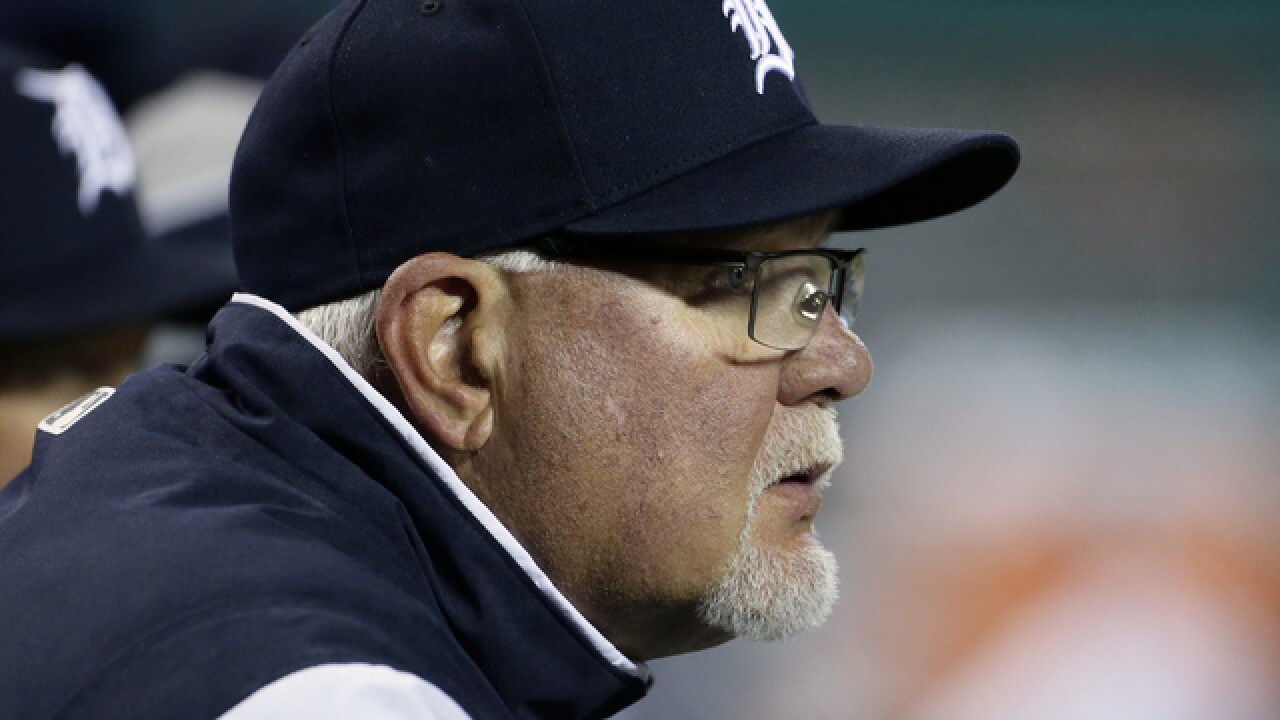 Copyright Getty Images
Duane Burleson
<p>DETROIT, MI - APRIL 01: Manager Ron Gardenhire #15 of the Detroit Tigers watches from the dugout during the seventh inning of game two of a double-header against the Pittsburgh Pirates at Comerica Park on April 1, 2018 in Detroit, Michigan. (Photo by Duane Burleson/Getty Images)</p>

MINNEAPOLIS -- Ron Gardenhire woke up in his own bed, drove to the ballpark and even parked in the employee lot, just like he never left Minnesota.

With 13 seasons managing the Twins and nearly three decades with the organization, the association is too strong to be diminished. The difference now is he's in his first year running the division rival Detroit Tigers.

"I've always loved this place, and it'll never go away," Gardenhire said. "But now I have a job to do with my Tigers boys, and it's to whip their butts."

The Tigers started a three-game series at Minnesota on Monday, the first meeting since Gardenhire was hired by Detroit . He was fired by the Twins after the 2014 season with 1,068 career wins, the most in club history, and eventually replaced by Paul Molitor. After a year off to drive around the country with his wife in their RV and spending some time as a special assistant to the Twins in 2016, Gardenhire became the bench coach last season for Arizona.

The Diamondbacks played at Target Field last year, so Gardenhire has already experienced the switch of walking in the visiting clubhouse. This was quite a shift, though, to bring a team to Minnesota that's competing in the AL Central.

"I managed a long time, and if it came it came. It wasn't one of those things that I put on my bucket list to do again," Gardenhire said before the game, surrounded by dozens of reporters in the dugout. "But I'm happy I'm here. I'm really enjoying this."

His diagnosis of prostate cancer soon after being hired by the Diamondbacks helped enhance his commitment to better health, and he said he's lost about 40 pounds since being away from the daily grind of the game.

"Walking with my wife, riding bikes, and eating better. It was pretty simple to do. Believe it or not, it came off pretty easy, because I was so stinking fat," he said.

Gardenhire's two young grandchildren made him hesitate with his decision to returning to managing, but a Tigers roster that has been largely overhauled with younger players after a 64-98 bottoming out last season quickly rekindled his joy of running a team in spring training.

"I told them in a meeting that if I don't call you by your name, I pretty much don't know your name. If you're not wearing your jersey out there, I'm going to call you buddy. The next thing you know three guys are wearing `Buddy' shirts out on the field," Gardenhire said, referring to prankster pitchers Michael Fulmer, Alex Wilson and Jordan Zimmermann. "That's the kind of group we have."

Gardenhire brought former Twins coaches Rick Anderson, Steve Liddle and Joe Vavra to the Tigers, so the sight of them standing together in shallow left field during batting practice was a familiar one, even if they were wearing orange instead of red. With 19 games against each other this season, the strangeness is sure to wear off. For now, it's still a jarring juxtaposition.

"I know Joe Vavra will be hawking my signs," Molitor joked, "so we're going to mix it up a little bit and keep `em guessing."

"We've got a pool in my family as to when he's going to lose his hair. There you have it. He can be like dad," Gardenhire quipped.

"I hope he doesn't take after me. Stay in the game, and he'll be fine," said Gardenhire, who has 75 career ejections including two this year. "He's already been thrown out once, and I told him, 'Knock it off.' "