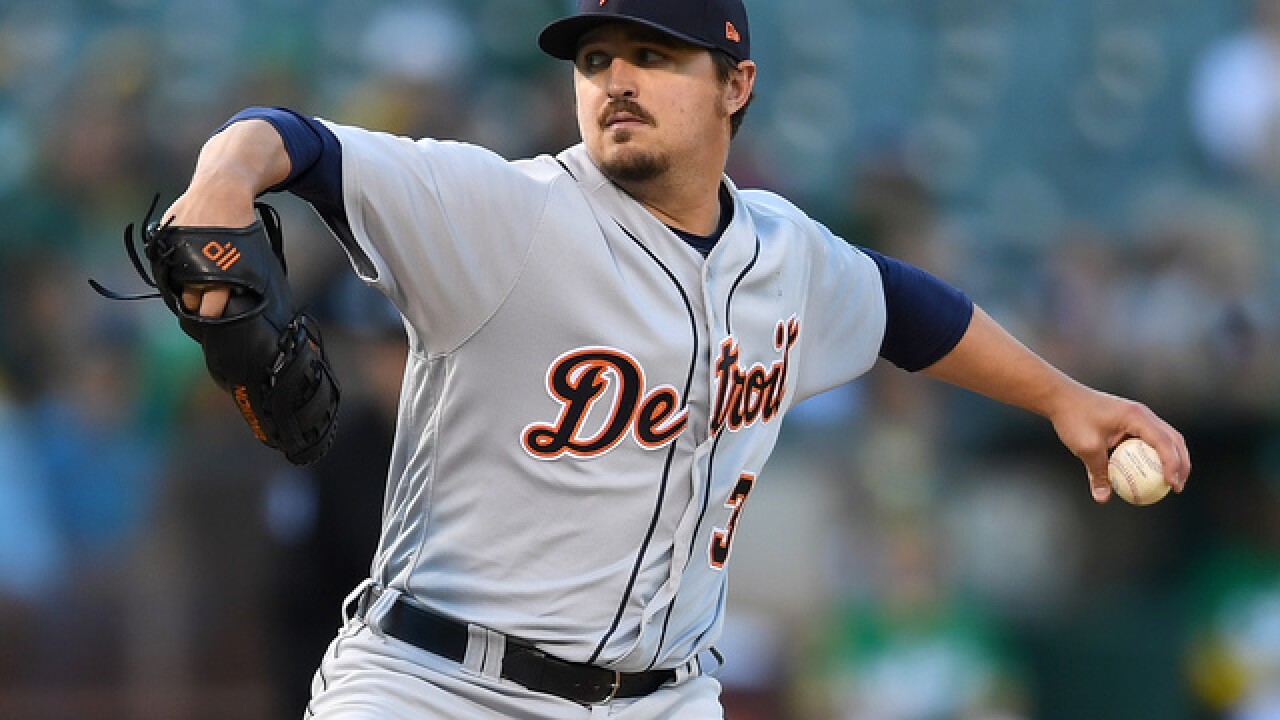 Hardy had issued only a pair of walks to Matt Olson — the first on a 13-pitch plate appearance in the second. Before the walk, Olson’s drive to right went to a crew chief review and was confirmed as sailing just right of the pole.

Hardy was at 94 pitches after six.

A’s lefty counterpart Brett Anderson retired his first 16 batters in order before Jose Iglesias doubled with one out in the sixth.

Ramon Laureano made his major league debut for the A’s playing center field and batting eighth.

He ran into the wall in center to make a nice catch on No. 2 hitter Nicholas Castellanos’ deep fly in the first. Laureano ran forward the next time he made a play, going down to his right knee to catch Jeimer Candelario’s liner to end the second.