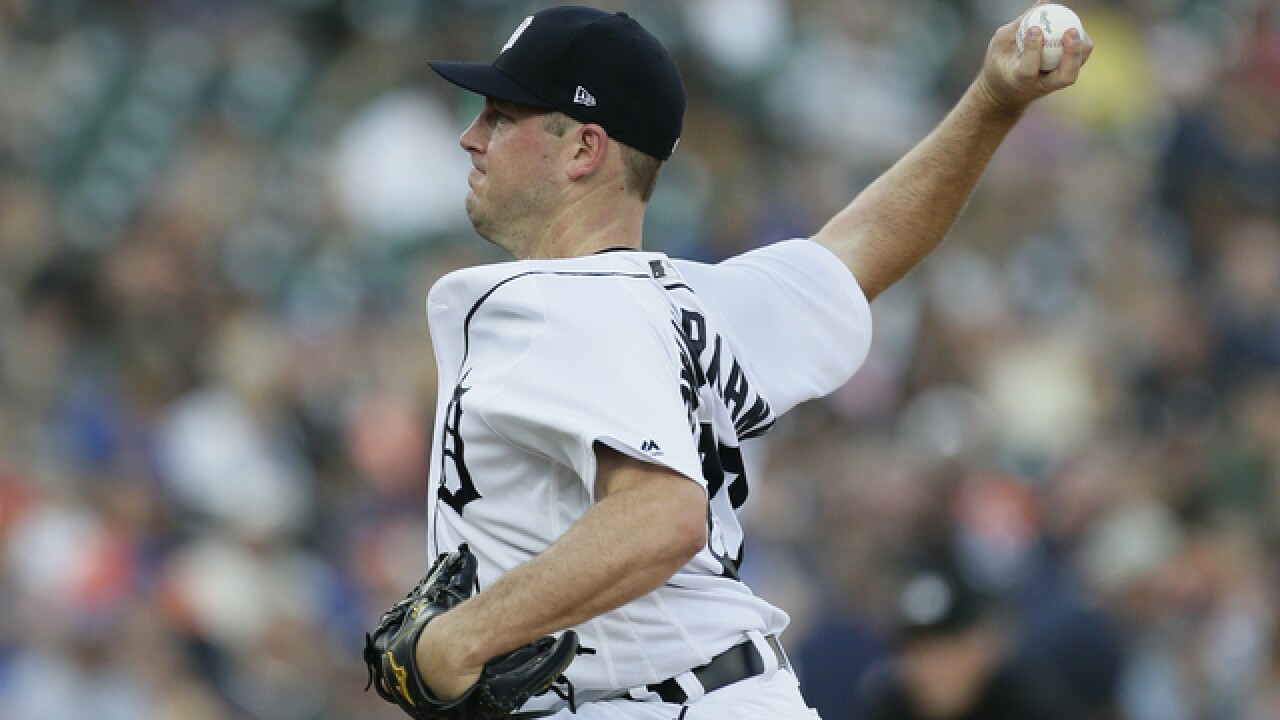 DETROIT (AP) — Jose Altuve homered on the game's first pitch, and the Houston Astros powered their way past the Detroit Tigers 5-4 on Tuesday night.

Houston maintained a three-game lead over the Oakland Athletics in the AL West.

The Astros built a 5-0 lead on three homers in the first four innings off Jordan Zimmermann, and then held on with five scoreless innings from their bullpen.

Framber Valdez left with a one-run lead after allowing all four of Detroit's runs in the fourth inning, including a three-run homer by JaCoby Jones. Will Harris (4-3) got the win by striking out the side in the fifth inning, and three more relievers followed before Roberto Osuna worked the ninth for his 17th save in 18 opportunities.

Zimmermann (7-7) allowed five runs on six hits in five innings. He walked one and struck out three. Detroit got four scoreless innings from its bullpen.

Tyler White hit Houston's third homer, a two-run shot into the Astros bullpen with one out in the fourth.

The Tigers scored all their runs with two outs in the fourth. With runners on the corners, Dawel Lugo hit what looked like a routine grounder to short, but the ball took a bad hop and went over Carlos Correa's head for an RBI single.

Jones then lined a 3-1 fastball into the left-field stands for his 11th homer of the season.

Houston missed a chance to add to its lead in the seventh.

Louis Coleman hit the first two batters, and a passed ball moved the runners to second and third with one out. Manager Ron Gardenhire intentionally walked Correa, loading the bases, and brought in lefty Daniel Stumpf.

Stumpf got Josh Reddick to pop out and was immediately replaced by right-handed Victor Alcantara. Tyler White hit a hard grounder to third, and was originally ruled safe after Jeimer Candelario didn't field the ball cleanly. However, a replay review showed the throw beat White to first, ending the inning.

Astros: Kemp stayed in the game after being hit on the right elbow by a pickoff attempt from Zimmermann. Alex Bregman (leg) and Yuli Gurriel (arm) both needed attention after being hit by Coleman.