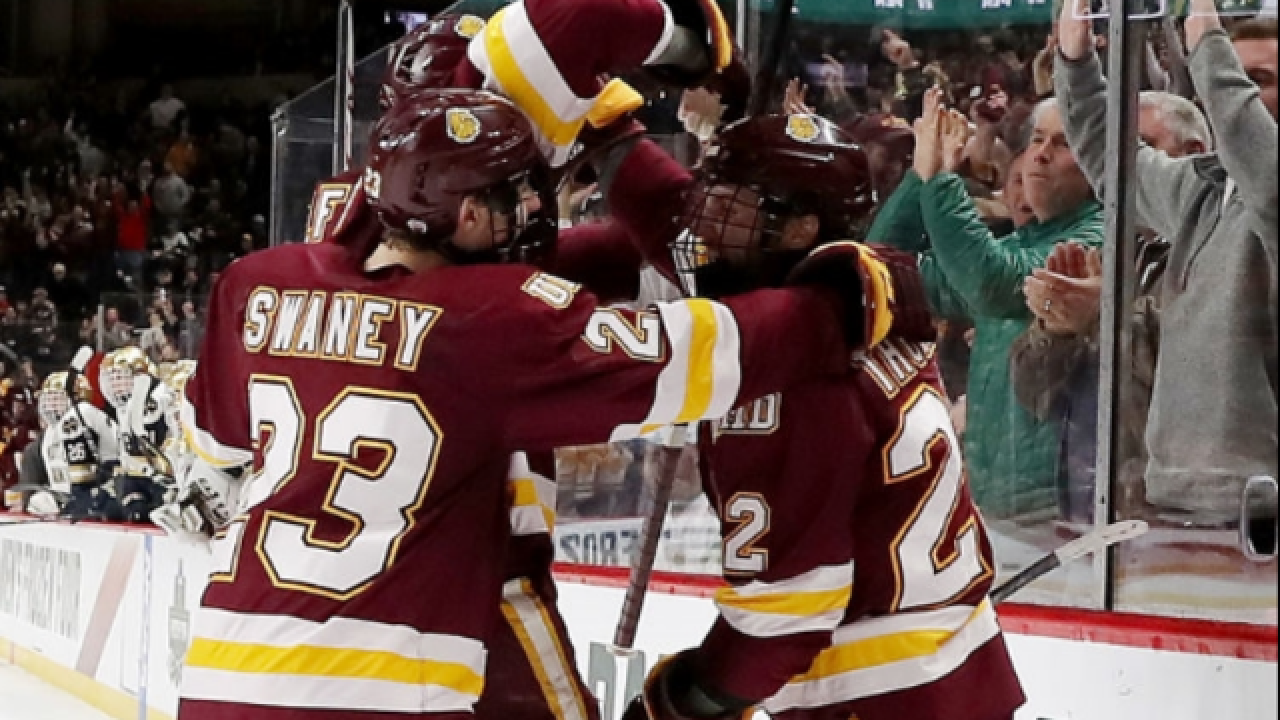 Minnesota Duluth lost to Denver in last year's championship. The Bulldogs had seven seniors on that team, and then three underclassmen departed early for the NHL, including the starting goaltender.

Five of Minnesota Duluth's top six defensemen are freshmen, and Shepard, a sophomore, recorded a sub-2.00 goals against average with eight shutouts.

Just getting into the NCAA Tournament looked like a long shot on March 17.

UMD lost its second game in the National Collegiate Hockey Conference tournament that afternoon and needed six conference finals that evening to go their way.

They did, allowing UMD to edge Minnesota by .0001 in the formula used to determine the at-large teams. Notre Dame's overtime win over Ohio State in the Big Ten title game put the Bulldogs in the tournament.

For the second straight game, the Bulldogs scored two first-period goals and held on. They beat Ohio State 2-1 Thursday.

Pressured by Kuhlman, Notre Dame's Jordan Gross lost the puck in the neutral zone. Jade Miller poked the puck ahead to Kuhlman at the Irish blue line, and after a brief hesitation in the right circle, the captain beat Morris with a rising shot.

An aggressive forecheck led to Thomas knocking Andrew Peeke off the puck in the right corner. The puck went to Kuhlman and back to Thomas, who banked a shot from near the goal line off Morris and in with 1:21 left in the period.

Seeking the school's first title, Oglevie redirected a pass from Cam Morrison for a power-play goal in the second period.

Notre Dame had won its previous five postseason games by one goal, with the game-winners coming in the final 31 seconds of regulation or overtime.