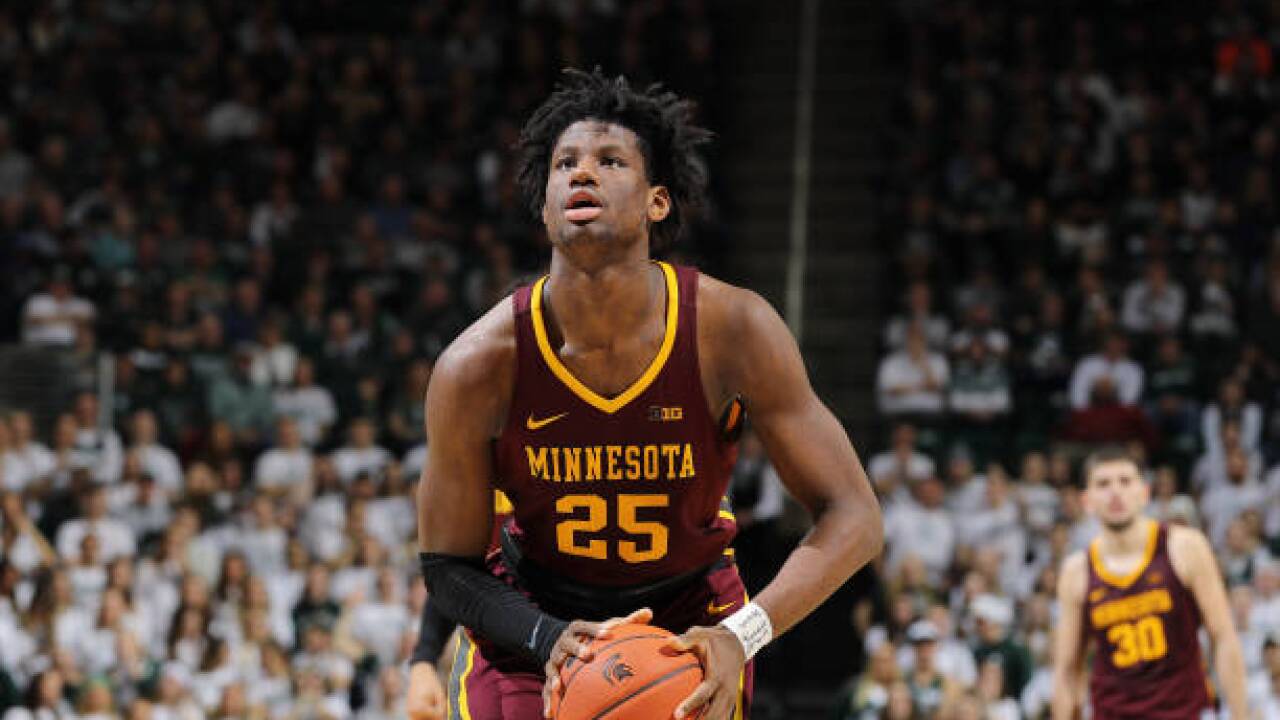 The Gophers pulled away late after a back-and-forth second half.

Eli Brooks hit a 3-pointer with 3:20 to play to put Michigan ahead 65-64. But Oturu answered on the other end with a basket in the low post to give Minnesota the lead for good with 3 minutes left.

Michigan’s next two possessions ended in turnovers, and the Gophers made them pay with a bucket in the paint by Demir and two free throws by Carr.

Then, after Jon Teske’s short hook rolled out, the Gophers got a corner 3-pointer from Payton Willis to take a 73-65 lead with 1:02 to play.

Michigan took an early lead and was in control for much of the first half. A 3-pointer by Teske gave the Wolverines their biggest lead at 30-19 with 5 minutes to play in the half.

But the Gophers closed on an 11-1 run that was bookended by two baskets from Carr, the last coming with 29 seconds to play. Minnesota’s defense then forced a miss on a desperation 3-pointer at the buzzer as Michigan took a 31-30 lead to the locker room.

Oturu’s jumper to start the second half gave Minnesota its first lead of the game at 33-32.

Carr was 2-for-7 shooting in the first half, but he came to life after the break. After hitting two free throws and a driving layup, he made a 3-pointer and then fed Oturu for an alley-oop dunk to put the Gophers up 45-41.

Michigan: The Wolverines lived and died from beyond the arc. They made five of their first six 3-pointers, but then hit just one of their final eight attempts from deep in the first half.

Minnesota: The Gophers struggled to find offense from anyone other than Oturu in the first half. Through the first 15 minutes, Oturu had scored 16 of Minnesota’s 19 points. He finished the first half 9 for 12 from the floor, while his teammates went 4 for 16.

Michigan: Two of the top three offenses in the Big Ten will square off on Friday when the Wolverines travel to Iowa. It’ll be a rematch of the conference opener, which Michigan won 103-91.