Danny DeKeyser reportedly having back surgery 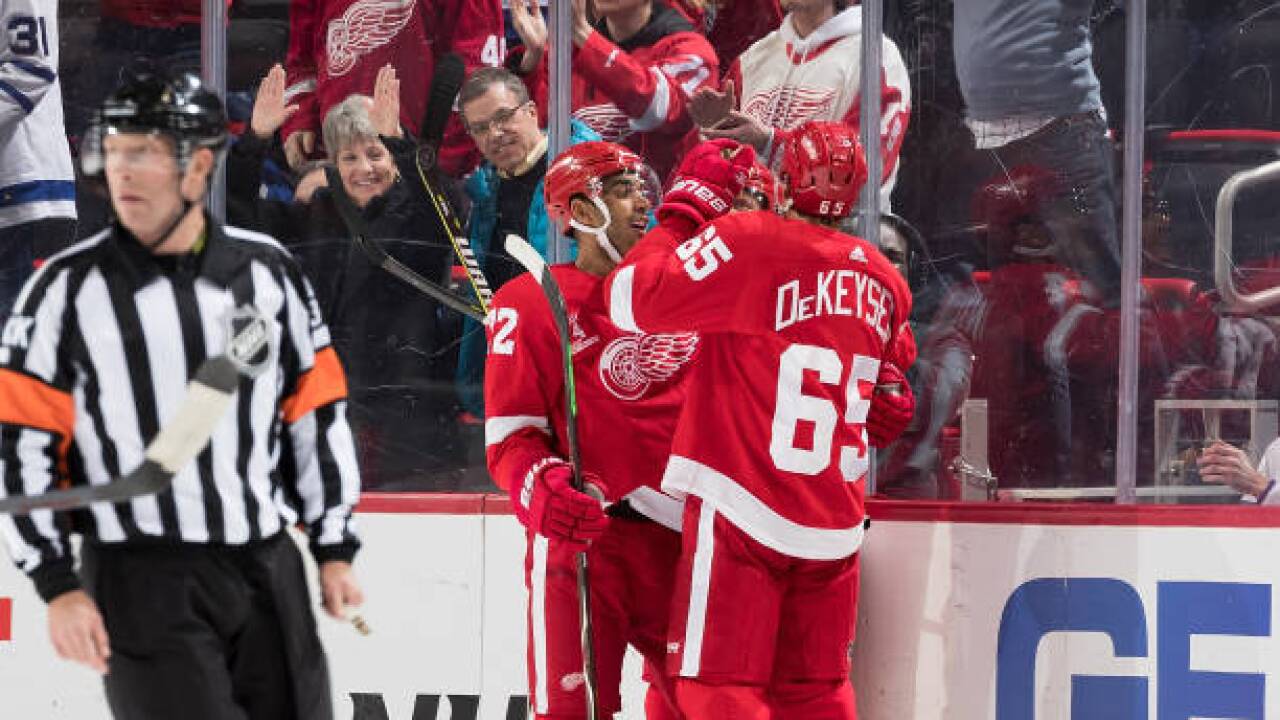 DETROIT (WXYZ) — Detroit Red Wings defenseman Danny DeKeyser is expected to miss a significant amount of time after suffering a setback with a back injury.

Head Coach Jeff Blashill told reporters Tuesday that DeKeyser will have surgery on his back.

Helene St. James of the Detroit Free Press reports that DeKeyser could miss the rest of the season.

He hasn't played since Oct. 22 when he left the game against the Vancouver Canucks.

The team assigned Jimmy Howard to Grand Rapids on Tuesday for a conditioning stint, but it's not clear when he will return.