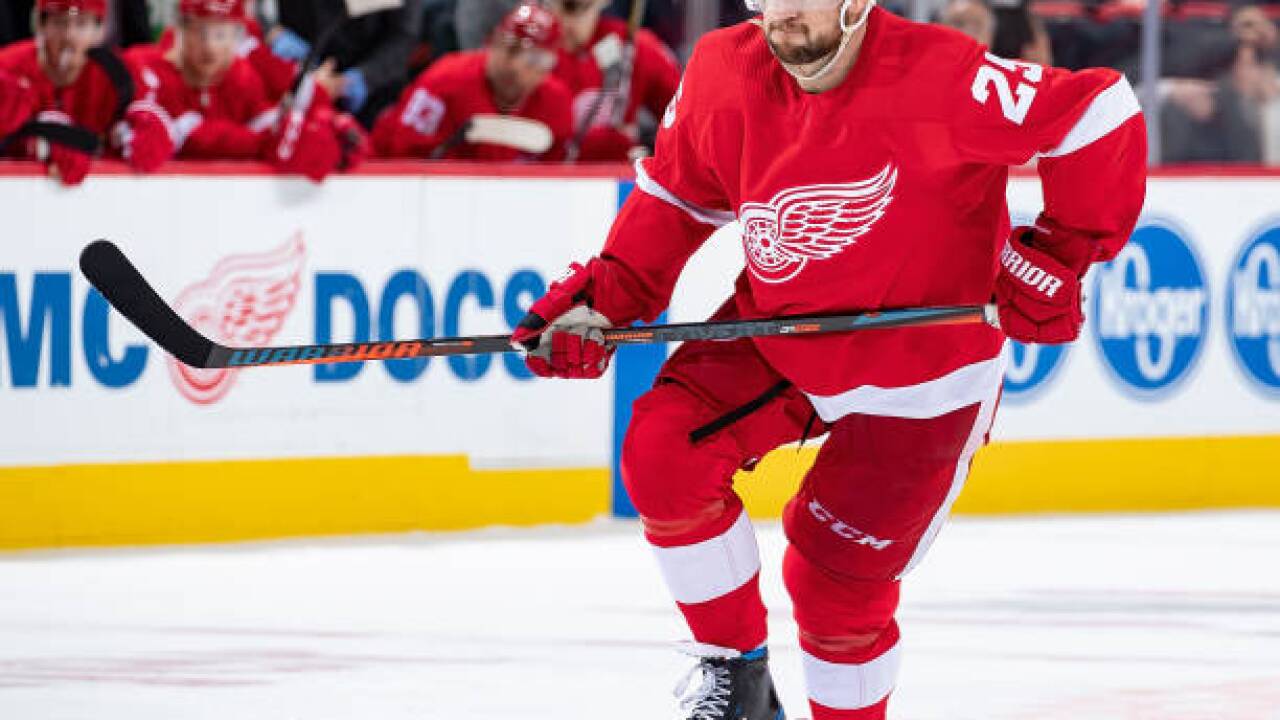 DETROIT (WXYZ) — Detroit Red Wings defenseman Mike Green will miss the rest of the season due to an ongoing virus he's been trying to battle.

Head Coach Jeff Blashill told the media on Thursday that Green hadn't fought off the virus and the doctor recommended multiple weeks of rest, putting him out for the season. The Red Wings only have 16 games left with the final game on April 6.

Green, 33, has appeared in 43 games for the Red Wings this season with five goals and 21 assists. Detroit signed him to a two-year contract extension last summer worth $10.75 million.

He was previously out three weeks in October due to a virus but last played on March 2.

The Detroit Free Press reports that Green had been dealing with fatigue over the past couple of weeks as the virus came back, which worsened on Monday.

Blashill also said that Dylan Larkin will miss Thursday's game to deal with a lingering back issue, which is expected to be looked at by a specialist this week.