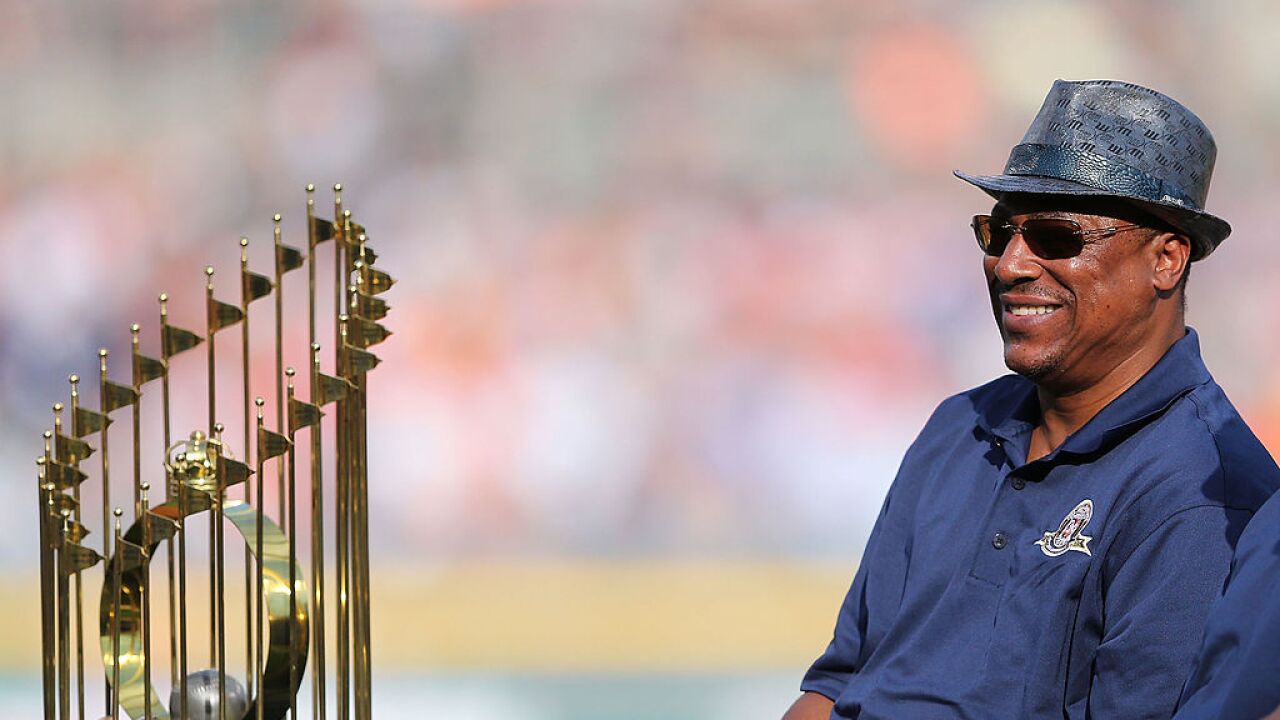 Leon Halip/Getty Images
DETROIT, MI - JUNE 30: Former Detroit Tigers player Lou Whitaker speaks to the fans during the celebration of the 30th Anniversary of the 1984 World Series Championship team prior to the game against the Oakland Athletics at Comerica Park on June 30, 2014 in Detroit, Michigan. The Tigers defeated the Athletics 5-4. (Photo by Leon Halip/Getty Images)

(WXYZ) — While Detroit Tigers legend Lou Whitaker didn't make the Hall of Fame earlier this month, the team will honor him by retiring his number.

According to the team, they will retire Whitaker's No. 1 on Sturday, Aug. 29. He will be the 10th player with his number retired.

Whitaker was just up for the Hall of Fame's Modern Baseball Era ballot, but fell short only receiving six votes.

“There aren’t a whole lot of words that could describe how I’m feeling right now – but surreal might be the closest one,” Whitaker said in a statement. “It was the honor of my life to wear the Olde English ‘D’ for all 19 years of my career, and share the diamond with so many talented ballplayers along the way. I’d like to thank Tigers ownership and front-office leadership for bestowing this honor on me, and I’m already looking forward to celebrating with all the great Tigers fans at Comerica Park next August!”

"The Detroit Tigers are one of the most storied franchises in the history of America's pastime. Tradition. History. Championships. Generations of fans have supported this baseball team with price and passion - as countless all-time Tiger greats have taken the field. What a thrill it was to watch Lou Whitaker grace the diamond for nearly two decades - a gifted talent in this glorious game. Without question, 'Sweet Lou' is one o the greatest players to ever wear the Olde English D. His hustle. His grit. His dedication. On behalf of Tigers fans everywhere, it was a tremendous honor to call Lou a short time ago to inform him that the Tigers are retiring his iconic #1 at Comerica Park during the 2020 season - where his name and number will occupy hallowed space alongside his longtime partner up the middle - Alan Trammell. We congratulate Lou; a Tiger legend so deserving of this recognition."