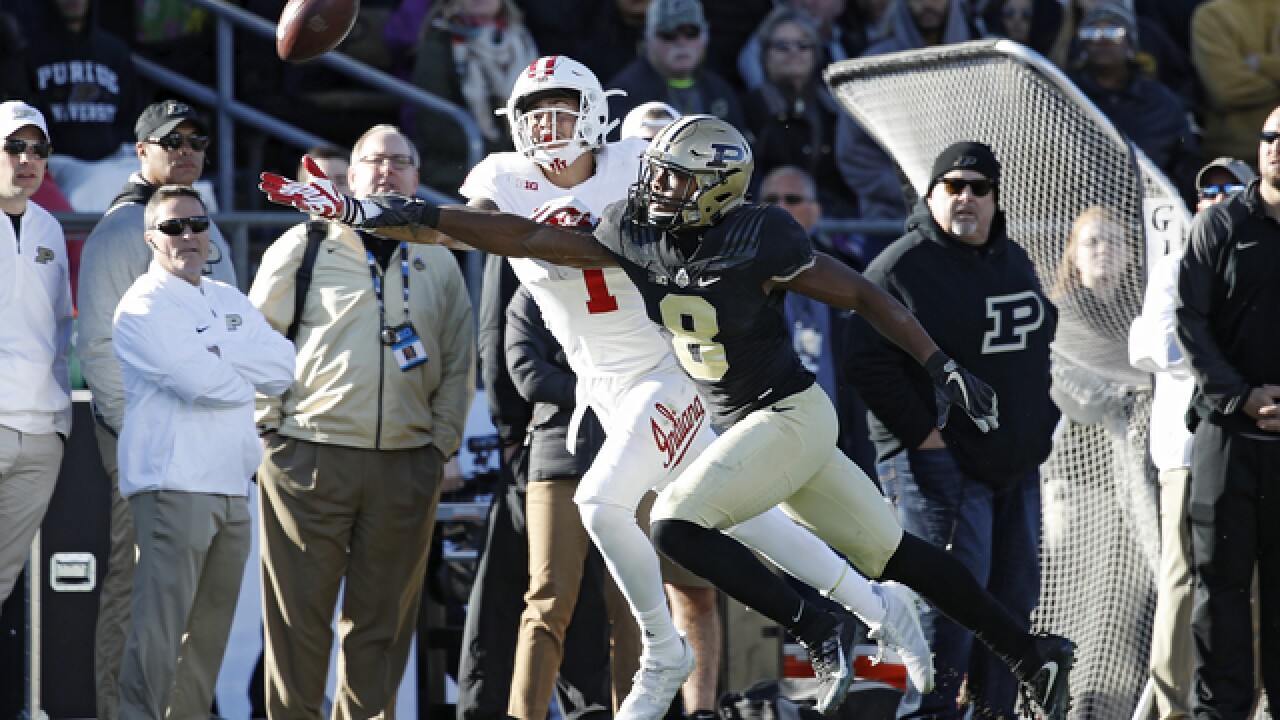 Copyright Getty Images
Joe Robbins
<p>WEST LAFAYETTE, IN - NOVEMBER 25: Josh Okonye #8 of the Purdue Boilermakers defends a pass against Simmie Cobbs Jr. #1 of the Indiana Hoosiers in the fourth quarter of a game at Ross-Ade Stadium on November 25, 2017 in West Lafayette, Indiana. Purdue defeated Indiana 31-24. (Photo by Joe Robbins/Getty Images)</p>

Alexander played two seasons at Franklin College of Indiana. He had 114 receptions for 2,133 yards and 33 touchdowns.

Lucas entered the NFL as an undrafted free agent with Carolina in 2014. He was on the practice squad for Oakland and Indianapolis last season.

Okonye played last season at Purdue as a graduate transfer. He spent the previous four seasons at Wake Forest.