WATCH: Tahir Whitehead mic'd up for Raiders practice with Lions 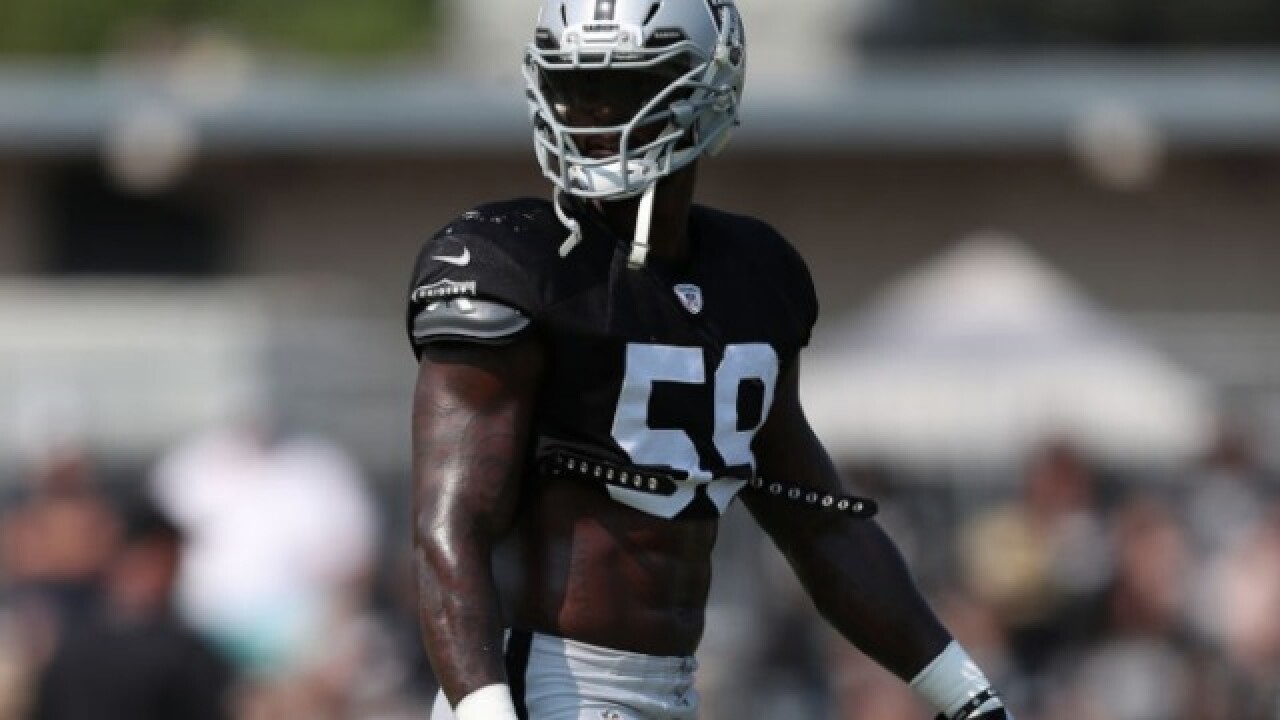 Tahir Whitehead didn't have to wait long to see his former team.

The Raiders linebacker faces the Lions in the preseason opener this Friday, and is participating in joint practices all week in Napa with his old teammates.

On Tuesday, he was mic'd up for the first day.

-Whitehead and Jones continued talking, and touched on the lack of music. Whitehead said the Raiders told them "no music" with the Lions visiting. Jones' response: "Whaaaat?"

-Whitehead talks about one of his kids not wanting to shake someone's hand, and gives his teammates a story that has them all laughing.

-Jones and Whitehead have another funny exchange, when the Lions wide receiver jokingly tells him he doesn't want to hear him making certain sounds on the field. Whitehead tells him to get ready, and the clip cuts to him doing just that in action.