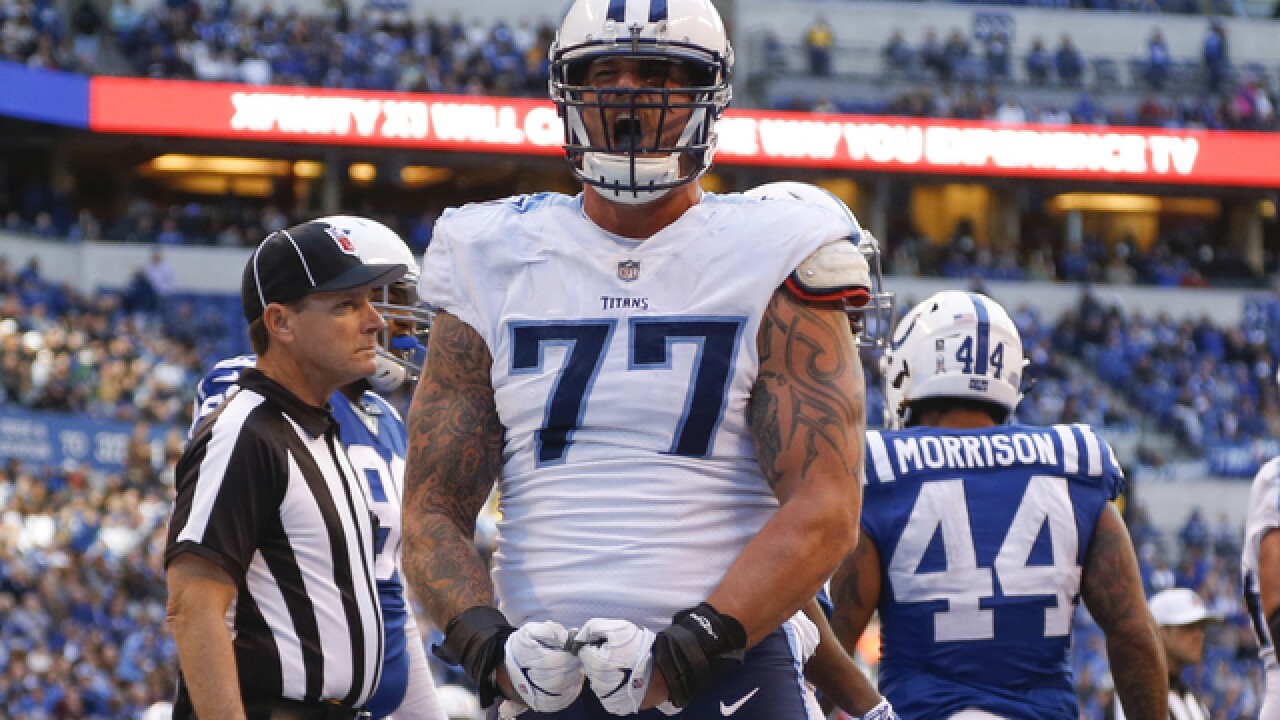 Copyright Getty Images
Michael Reaves
<p>INDIANAPOLIS, IN - NOVEMBER 26: Taylor Lewan #77 of the Tennessee Titans celebrates after a touchdown against the Indianapolis Colts at Lucas Oil Stadium on November 26, 2017 in Indianapolis, Indiana. (Photo by Michael Reaves/Getty Images)</p>

NASHVILLE, Tenn. (AP) — Taylor Lewan, Tennessee’s three-time Pro Bowl left tackle, says the NFL has suspended him for the first four games of the season for violating the league’s policy on performance enhancers.

Former Michigan lineman Taylor Lewan says he failed a drug test and faces a four-game suspension from the NFL. https://t.co/cTwRdUqgUb

Lewan announced his suspension Wednesday in a video he posted to Twitter.

The left tackle says he received a letter from the NFL a few weeks ago informing of his suspension. He says he has taken a polygraph test and had the supplements tested but knows he’s responsible under the league’s collective bargaining agreement for what goes into his body.

Lewan says he’s never taken anything that would cheat the game and apologized to the Titans before pausing about 10 seconds, wiping his eyes and saying this was hard. He also apologized to Titans fans, saying he has never knowingly taken a banned supplement.

The Titans made Lewan the highest-paid offensive lineman in the NFL with a new contract at the start of training camp a year ago.