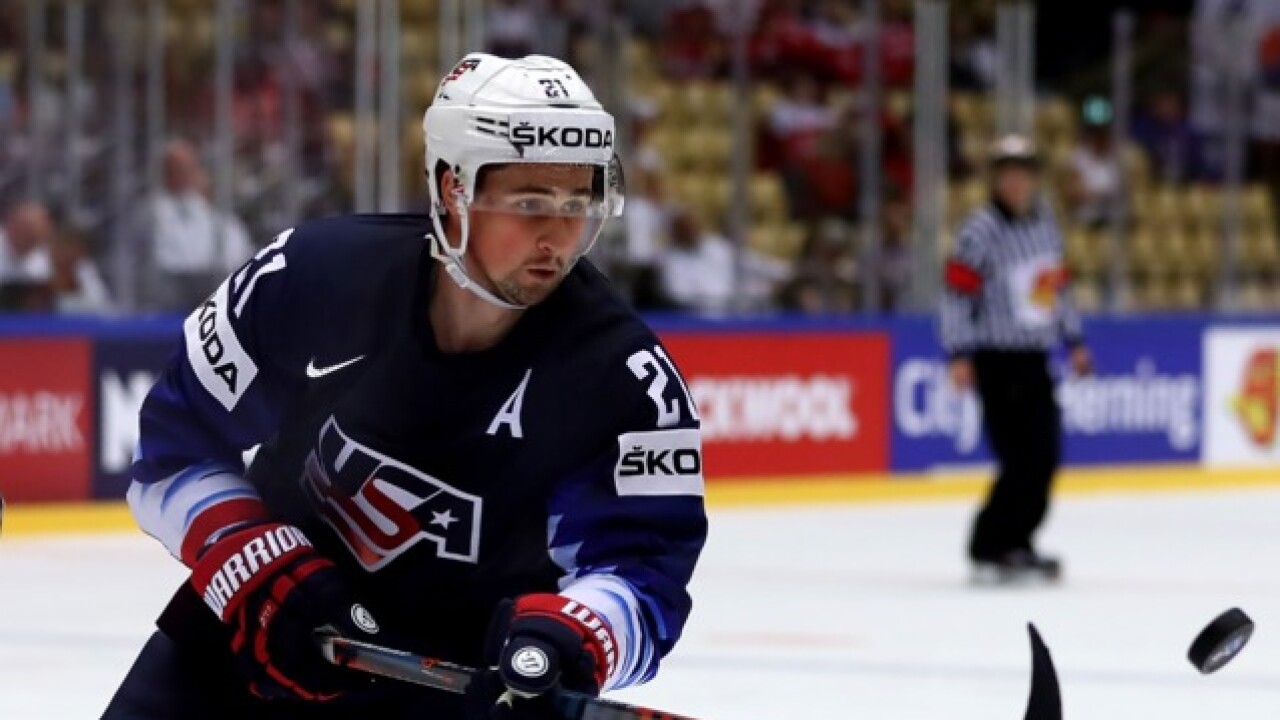 The Czech Republic shut out Belarus 3-0, and Denmark closed in on a quarterfinal berth after beating Norway, also 3-0.

Dylan Larkin picked up two assists in the win.

Charlie McAvoy, playing his first game for the U.S. after being knocked out of the NHL playoffs last weekend, made his presence felt with two goals and two assists. Derek Ryan and Cam Atkinson also scored a couple each.

"It was a long day, got here a couple hours ago," McAvoy said. "We have such a good team. It was a great opportunity for me to go out there and just feel the puck and get ready for the rest of tournament."

When the U.S. won its first five games in 1933, it claimed its only world championship. But there were no more games then.

Jin Hui Ahn scored South Korea's third goal at the worlds for a 1-0 surprise lead. It was South Korea's first lead in any of its five games.

Defenseman Nicklas Jensen scored twice and Frederik Storm added one all on power plays against Norway for Denmark's third victory in the first world championship on home ice.

The players sang the national anthem after the match along with the Jyske Bank Boxen arena crowd mostly wearing red and white national jerseys.

Goaltender Frederik Andersen made 21 saves for his first shutout.

The United States move into the sole lead of Group B in Herning, three points ahead of Canada which has a game in hand. Finland was four points behind, followed by Denmark. South Korea has yet to win.

The Czechs shared third place in Group A in Copenhagen with Switzerland, trailing group leader Sweden by three points and Russia by one. Then followed Slovakia, France, Austria, and Belarus.