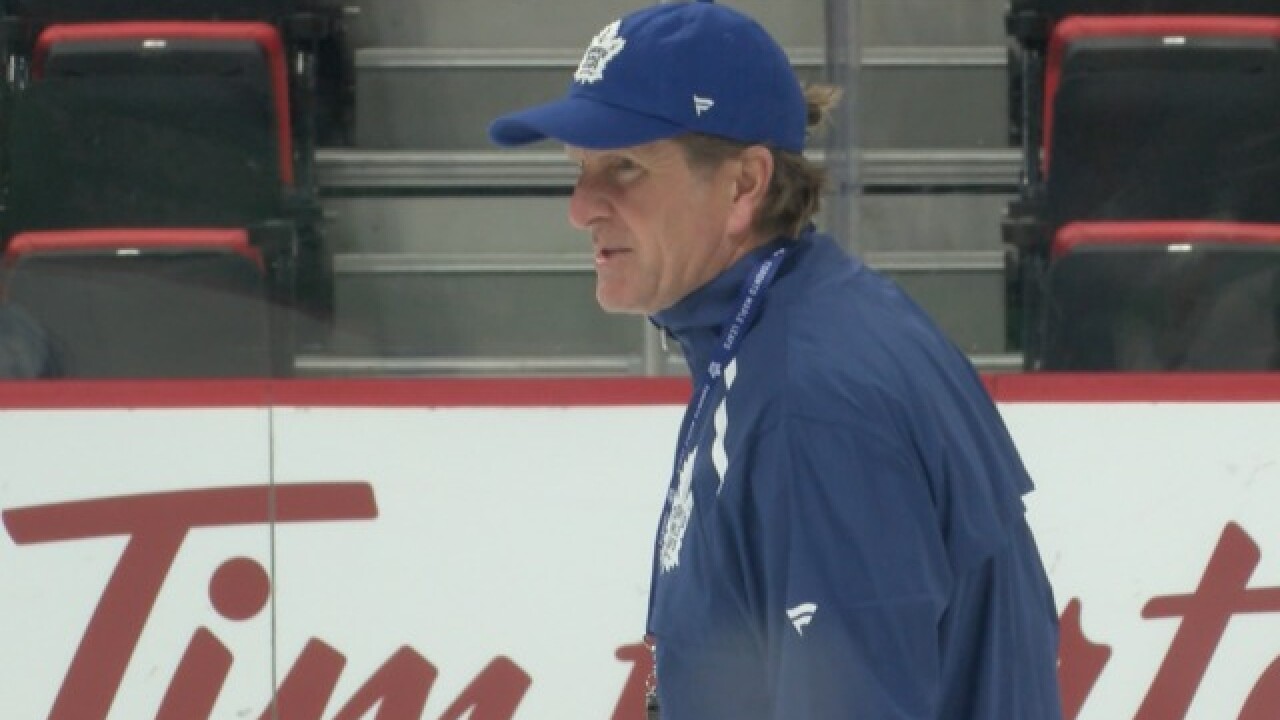 He departed to coach the Maple Leafs, and by all accounts, it's worked out for him.

The Leafs are thriving, with top picks Auston Matthews and Mitch Marner flourishing, and free agent prize John Tavares fitting into the picture with ease.

The Red Wings, meanwhile, haven't won a playoff series, and are in a rebuilding process.

Back in Detroit again to coach against the Red Wings, Babcock had an interesting perspective on the rebuild process by his former team.

"Someone's gotta stay, stand there, and take the bullets while you rebuild it," he said on Thursday.

Babcock credited Ken Holland and his staff for doing that, and said Holland is one of the best general managers in hockey.

"It's like anything, it's product-driven. They got their product going in the right way," he said.

"They'll rebuild they're program. The thing about being good as long as we were here and doing what we did is you sacrifice part of your future to be good at the time. That's what the fans want at the time. Don't ever kid yourself."

Watch his comments below or by clicking here.

"Someone's gotta stay, stand there, and take the bullets while you rebuild it." pic.twitter.com/OZBibAt8z8