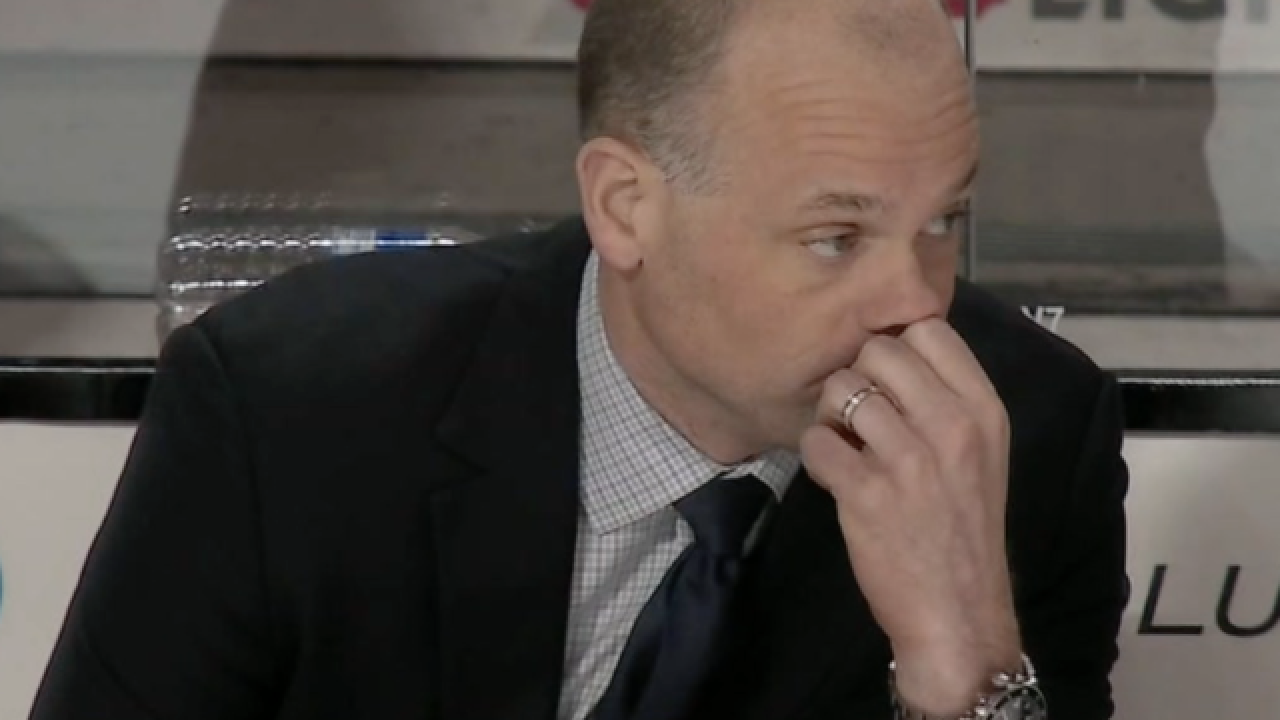 Detroit was not projected by many to make the playoffs but the Red Wings didn't come close.

Detroit won just 30 games and finished 24 points behind the wild-card teams in the Eastern Conference, faring even worse than it did during last year's farewell season at Joe Louis Arena. And some nights, it was as quiet as a library in their spectacular new home.

"It was a tough year," forward Justin Abdelkader said. "Hopefully, we have guys in here that understand the long offseason gives all of us an opportunity to come back bigger, stronger and faster. We've got a lot of picks and hopefully some of those guys can help at some point next season and in the years to come. I don't think we're far off because we have a lot of pieces in this room."

The Red Wings, who didn't miss the playoffs from 1991 to 2016, had their season end in with the regular-season finale in consecutive years for the first time since 1979-83. Back then, fans referred to them as Dead Wings and the team gave away cars to draw fans to the games.

The Red Wings will continue to rely on general manager Ken Holland. He helped the franchise win four Stanley Cups from 1997 to 2008 and was given a two-year deal recently to stay in place and turn things around.

"When I fly in an airplane, I always love to fly with a pilot who's done it before," team President Chris Ilitch said. "Ken Holland has had the experience of seeing a Detroit Red Wing team in the 1980s build from the ground all the way up to the Stanley Cup champion."

Jeff Blashill, who won 33 and 41 games the previous two years as coach, is expected to have his future addressed by Holland after the Red Wings gather Tuesday. On Monday, he was named the head coach for the U.S. national team competing at the world championships in Denmark next month.

The Red Wings don't have any superstars right now, but they have some younger players who could develop into game-changers.

Dylan Larkin, a 21-year-old center, led the team with 63 points and made a relatively smooth transition from wing.

"We had some guys that are significant in the growth of this team I thought take steps forward," Blashill said. "Larkin certainly would be at the top of that list. I've said before we need some guys to become elite players in their prime. I thought he took a step from a guy who a year ago in the middle part of the year was struggling on the wing, to a guy who is really coming as a two-way center."

Andreas Athanasiou, a 23-year-old center, was inconsistent after holding out for a bigger contract last fall. He is a restricted free agent, eligible for arbitration, and may want to be on the move.

Does he want to play for the Red Wings next season?

"I want to be an NHL player," he said. "I want to be in this league. I've been very happy to wear a Red Wings wheel, but it's a business so we'll see what happens."

The Red Wings have an 8.5-percent chance to land the No. 1 overall pick, a selection that is widely is expected to be Swedish defenseman Rasmus Dahlin. Detroit desperately needs a potential superstar such as Dahlin, but will have a pair of first-round picks and an NHL-high 11 selections in the draft.