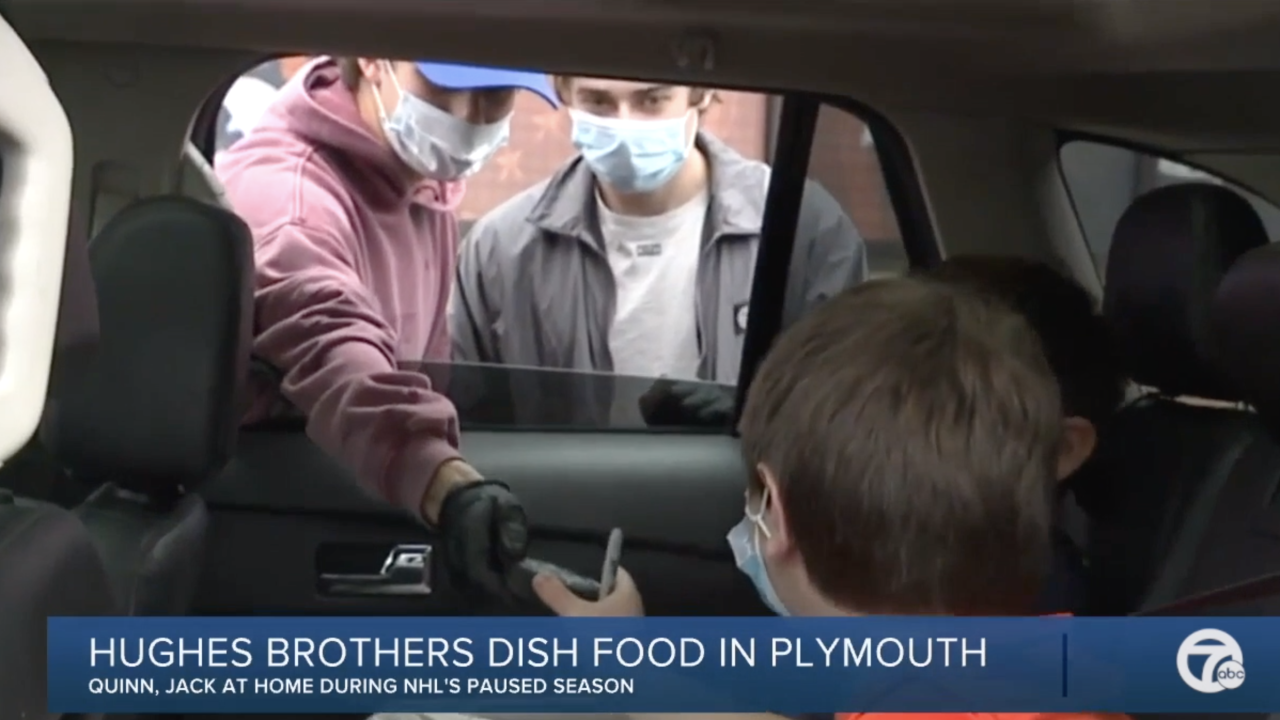 PLYMOUTH, Mich. — Jack Hughes and Quinn Hughes are at home with their family waiting for word from the NHL.

While their season is paused, the brothers helped out at the rink that helped raise them.

"We were looking for something to do for the community," Quinn said on Friday night. "We got our gloves and our masks here. It will be a safe operation."

The brothers handed out orders to customers from 4-6 p.m. at the rink. Quinn called the arena home, playing for the USA Hockey National Team Development program before playing college hockey at Michigan and then the Vancouver Canucks. Jack is the all-time leading scorer in NTDP history, and was the No. 1 overall pick by the New Jersey Devils.

"We've been figuring it out on the fly. We've been playing a lot of basketball," Jack said of the NHL's pause. The Hughes family still calls Plymouth home because the youngest brother, Luke, is in the NTDP.