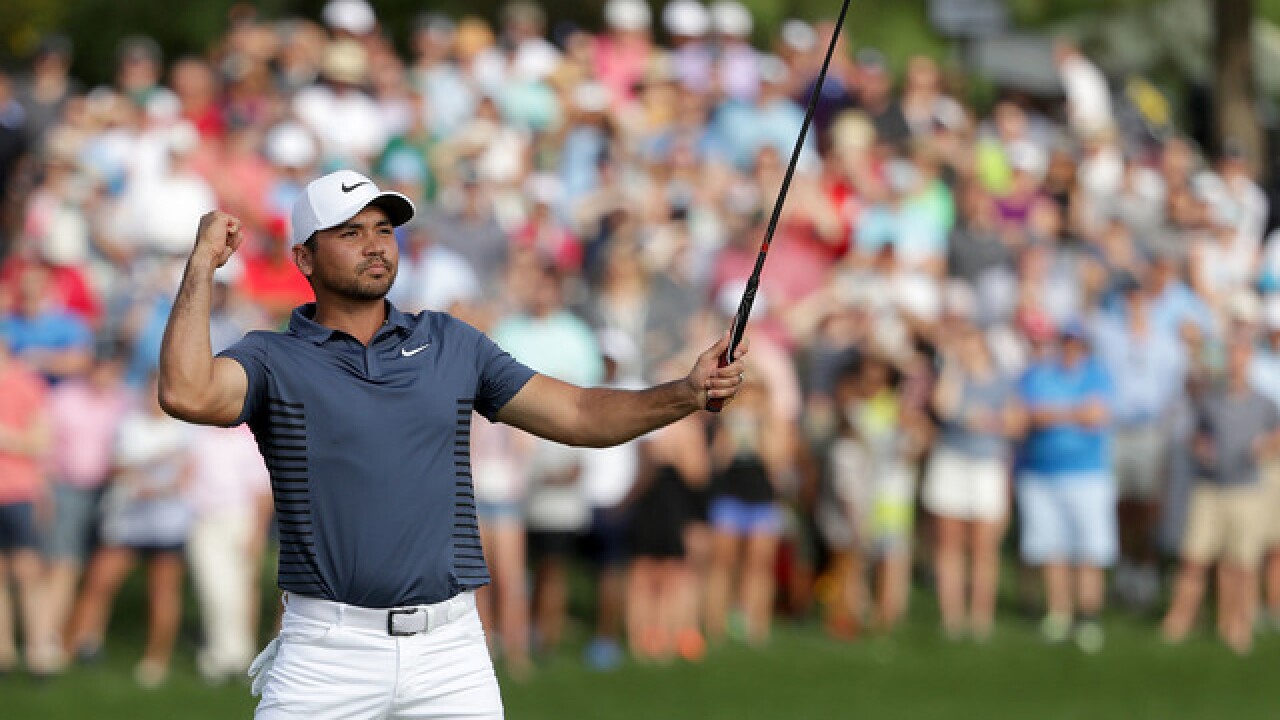 Copyright Getty Images
Streeter Lecka
<p>CHARLOTTE, NC - MAY 06: Jason Day of Australia reacts following his par putt on the 18th green during the final round to win the 2018 Wells Fargo Championship at Quail Hollow Club on May 6, 2018 in Charlotte, North Carolina. (Photo by Streeter Lecka/Getty Images)</p>

CHARLOTTE, N.C. (AP) -- Jason Day shot a 2-under 69 on Sunday to win the Wells Fargo Championship by two strokes over Aaron Wise and Nick Watney, his second victory of the season.

After squandering a three-shot lead on the back nine, Day's tee shot on the difficult 230-yard par-3 17th hole crashed into the flagstick and settled less than 3 feet away. He made the putt to take a two-shot lead, becoming the only player to birdie the hole in the final round.

Tiger Woods was a non-factor, shooting 74 to finish 14 shots back. He failed to make a birdie in the final round of a tournament for the first time since 2014.