Jim Harbaugh, Michigan looking to play game outside US 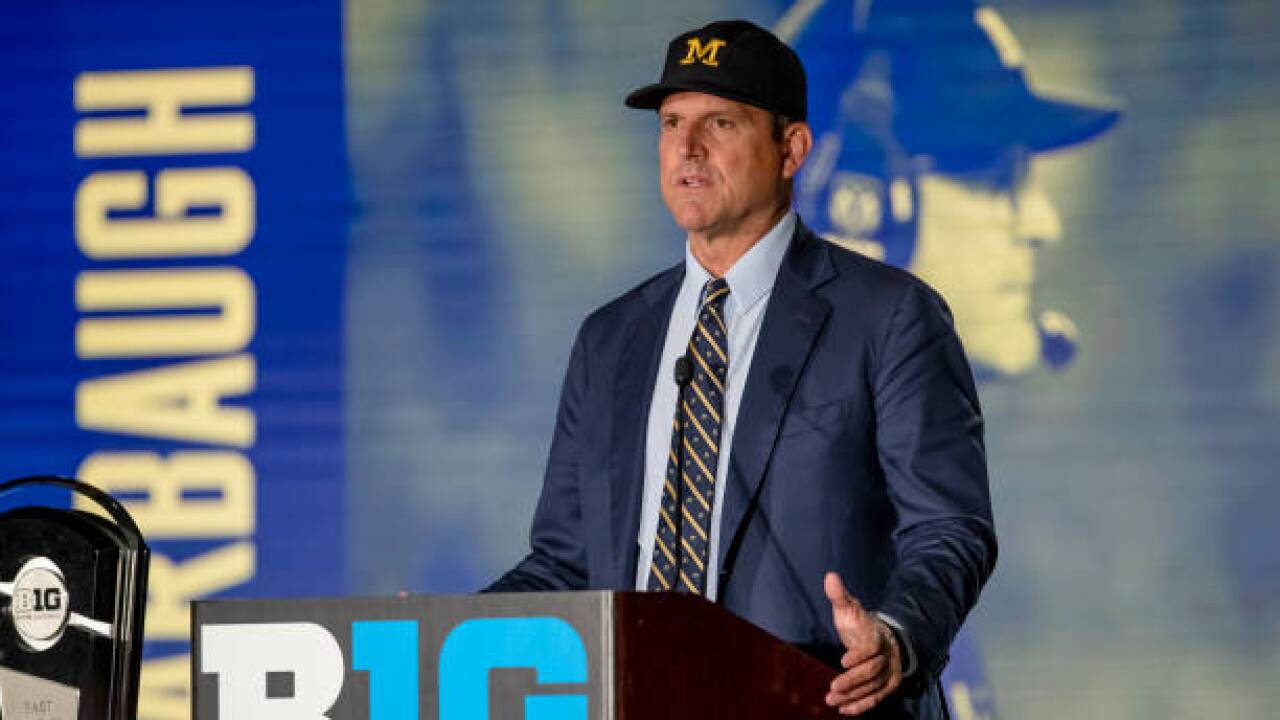 CHICAGO (AP) -- Michigan hasn't played a game outside the United States in more than a century but coach Jim Harbaugh said that will change soon.

Asked about the possibility of playing a game in Mexico, Harbaugh tipped an upcoming international date.

"We're close to announcing playing a team on foreign soil," he said Friday at Big Ten media days. "I think there's something imminent; an announcement soon on that."

It came a day after outgoing conference commissioner Jim Delaney said he welcomed the idea of conference schools playing pre-conference or postseason games in Mexico City or other foreign destinations.

Michigan last left the country for a game in 1885, when the squad crossed the Detroit River to take on a Windsor, Ontario, club team. It faced the University of Toronto five years earlier in the provincial capital.

Wolverines players and coaches have traveled to South Africa, France and Italy in recent offseasons. They took part in open practices during the 2017 visit to Rome, the program's first jaunt across the Atlantic, but have not engaged in workouts during either of the two most recent overseas excursions. Donors picked up the tab for all three trips.

Nassau, Bahamas, has hosted a postseason bowl game since the 2014 season. The most recent international game saw Stanford and Rice open their 2017 seasons in Sydney.