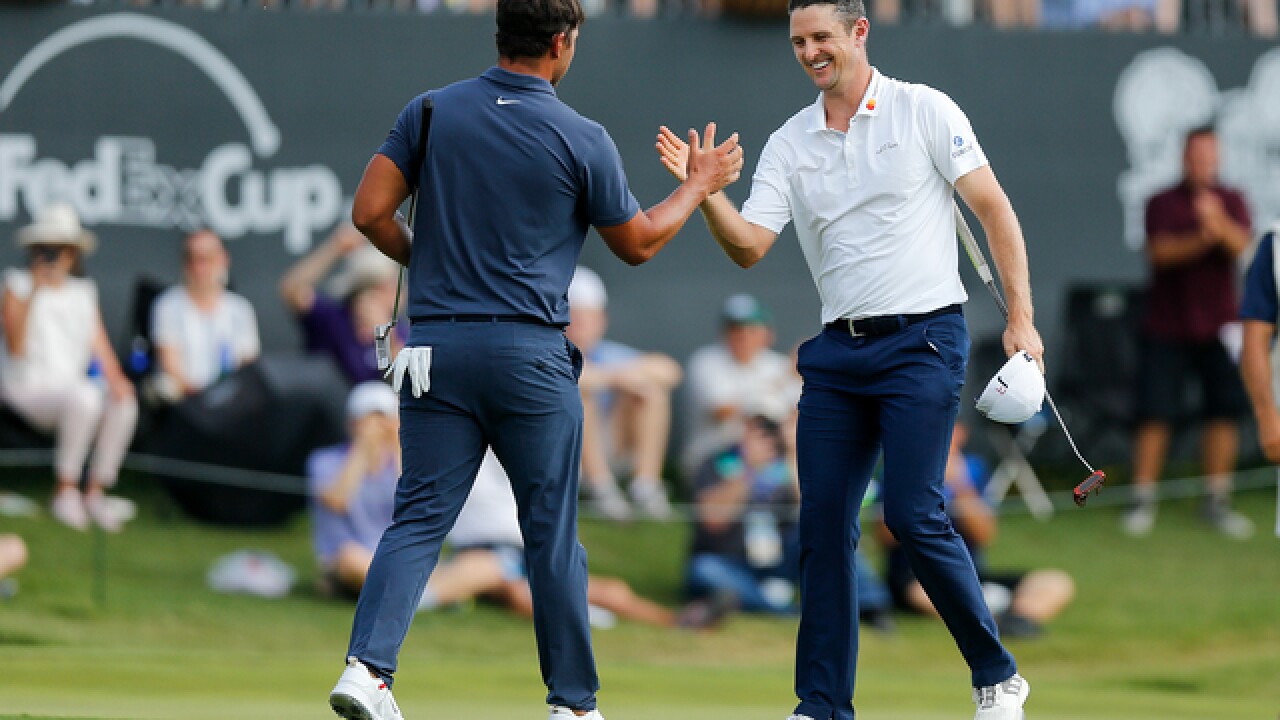 Copyright Getty Images
Michael Reaves
<p>FORT WORTH, TX - MAY 27: Justin Rose of England shakes hands with Brooks Koepka after finishing their round on the 18th green during the final round of the Fort Worth Invitational at Colonial Country Club on May 27, 2018 in Fort Worth, Texas. (Photo by Michael Reaves/Getty Images)</p>

FORT WORTH, Texas (AP) -- Justin Rose closed with a 6-under 64 on Sunday to finish at 20 under at Colonial for a three-stroke victory over defending U.S. Open champion Brooks Koepka in the Fort Worth Invitational.

It was the ninth career PGA Tour victory for Rose, the 37-year-old Englishman and No. 5 player in the world who also won his 2017-18 season debut in October at the HSBC Champions in Shanghai. He is the fifth player with multiple wins this season. Rose got nearly $1.3 million and a plaid jacket for winning at Hogan's Alley.

Koepka shot 63, but had started the day four strokes behind Rose in the final group. Emiliano Grillo had a 64 to finish third at 16 under.

While Rose missed matching Zach Johnson's 2010 tournament scoring record of 259 because of bogey on the 72nd hole, first-round leader Kevin Na matched the course record with a closing 61 and finished fourth at 14 under.