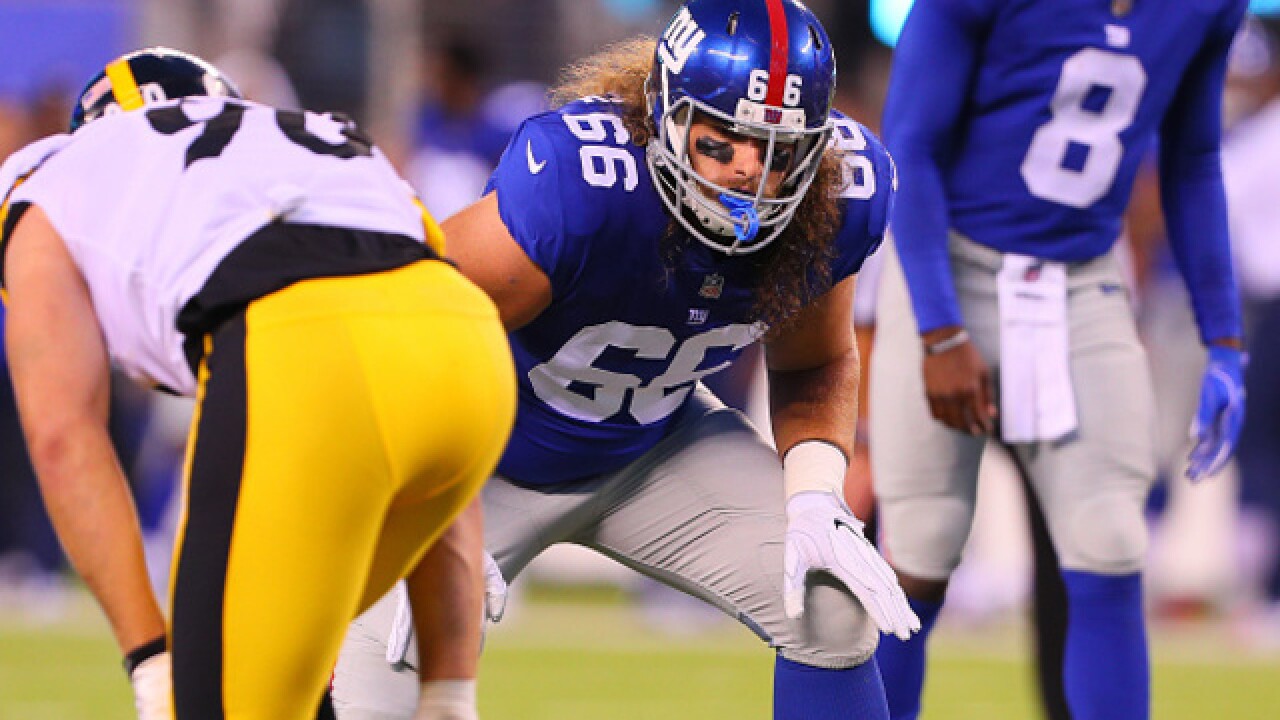 Bisnowaty played in one game for the Giants last season. New York drafted him on the sixth round in 2017.