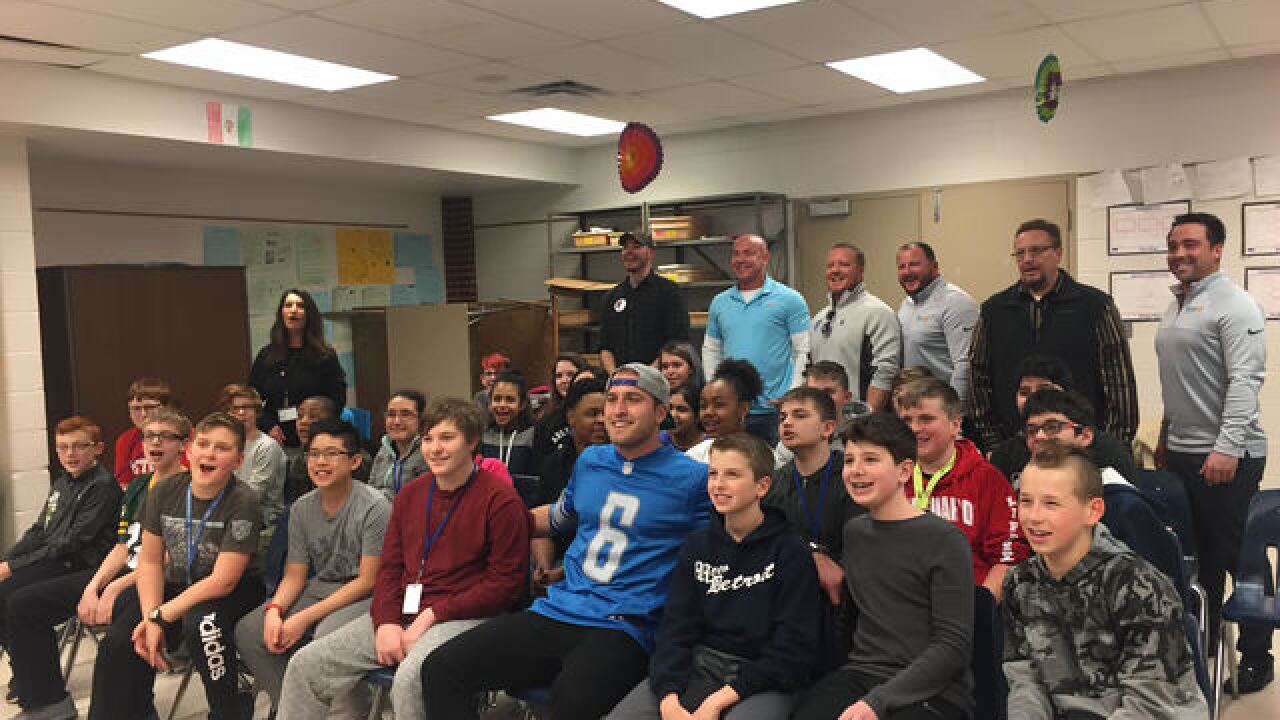 With Earth Day coming up the kids at Lois E. Carter middle school learned all about renewable solar energy on Wednesday afternoon, but they did so with the help of a very special teacher.

It’s not every day a professional football player strolls into a stem classroom, so Lions punter Sam Martin's surprise appearance in a S.T.E.M. class was a treat for both the kids and teachers.

"I like being here to show these kids it’s not uncool to go green," Martin said.

But does having Martin deliver a message about solar energy make it cooler? 7th grader Mason Collins thinks so.

"Ya, because it shows they have interest in it too," he said.

But why renewable energy?

"The planet is under duress and it’s a growing market. It’s just the future, it’s the direction that I think energy and all types of stuff is going towards solar power," explained Martin.

7th Noah Cafagna agrees with Martin. It’s the future. It could even be his future.

"It’s interesting because it’s something I might want to take a career in. So it helped me learn a lot about it," said Cafagna.

The experts from Power Home Solar led the lesson, but Martin contributed by joining the class to ask some important questions. He says it took him back to grade school.

“I was a little more confident this time. I was always nervous asking questions when I was younger," he said.

Martin says he believes renewable energy is the future so does that also apply to the Lions? Asked if he could see Ford Field going solar Martin said, “Ya, I think that would be really cool. I think you could see a lot of stadiums going that direction. And a lot of big building going that direction. Not only for the benefits of the earth but also for the cost benefits that come from it."