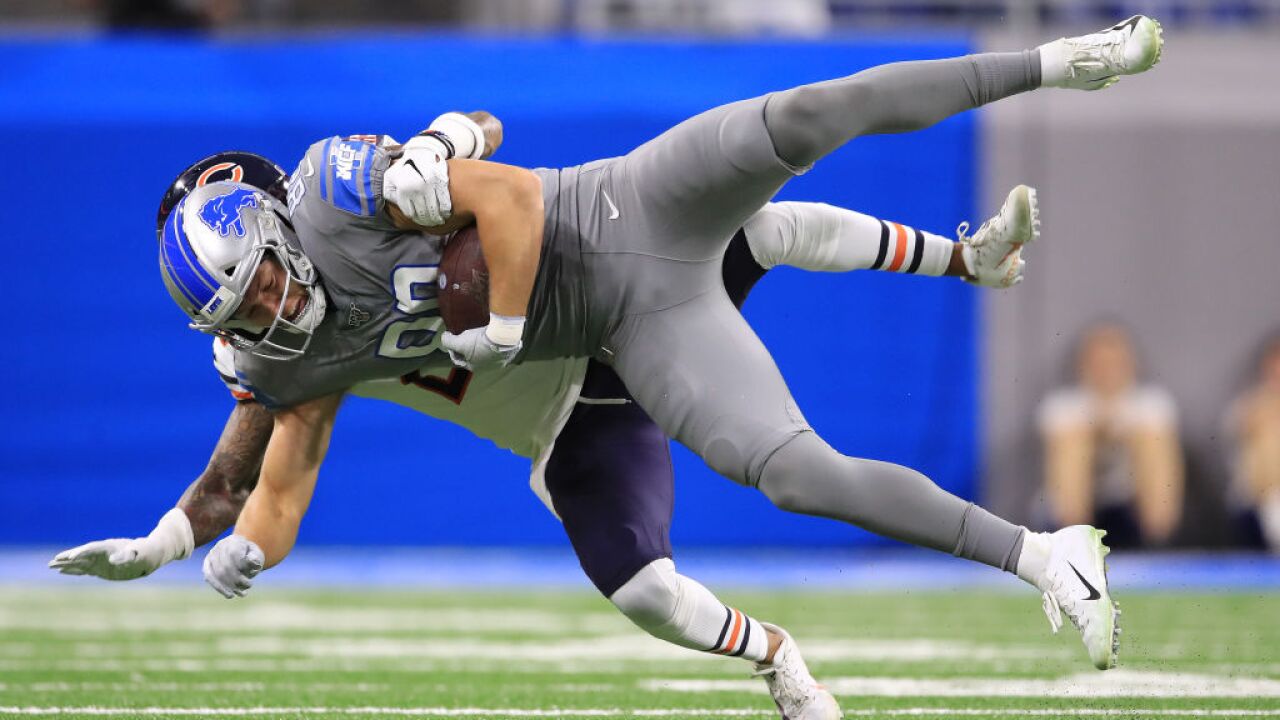 ALLEN PARK, Mich. (WXYZ) — T.J. Hockenson's rookie season is over after the Detroit Lions placed him on injured reserve with an ankle injury.

The team announced Monday they were putting the rookie tight end on IR.

He injured his ankle late in the Thanksgiving game against the Chicago Bears. A photo shows him rolling up on his own ankle bending the wrong way.

Hockenson had 59 catches for 367 yards and two touchdowns this season.

He had a great first game, catching six passes for 131 yards and a touchdown, but was inconsistent after, catching one pass in each of the next two games.