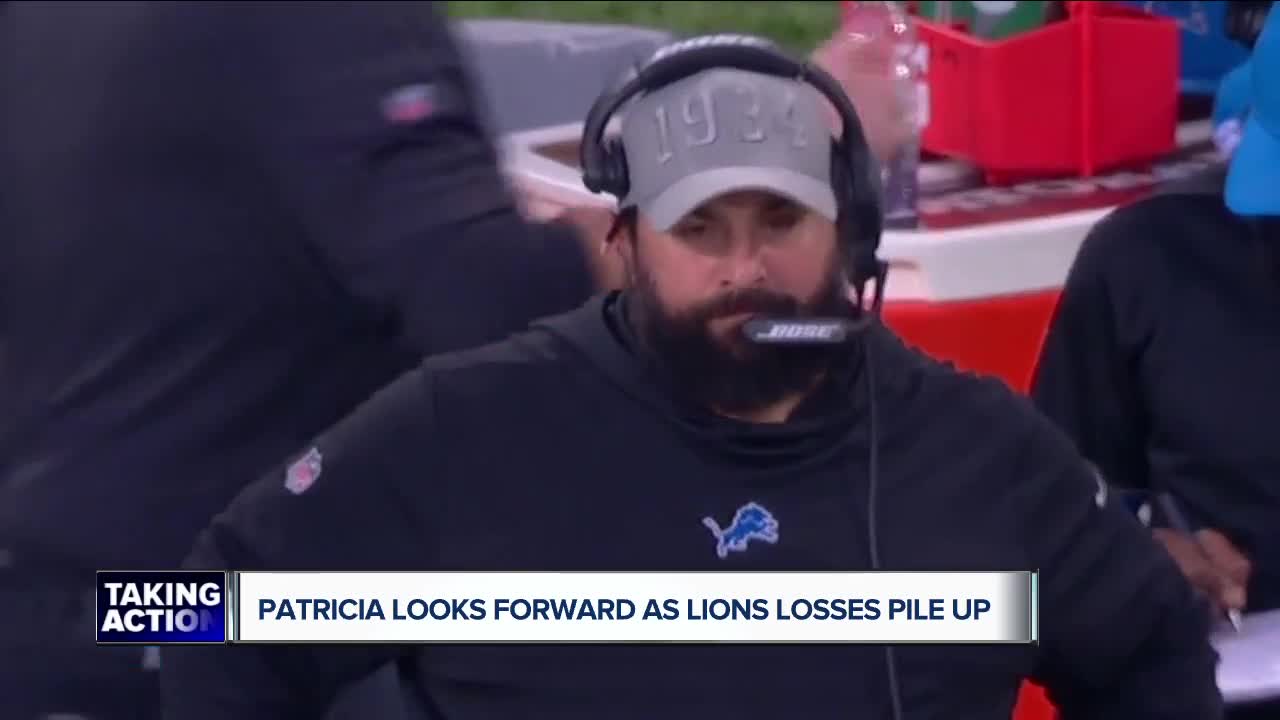 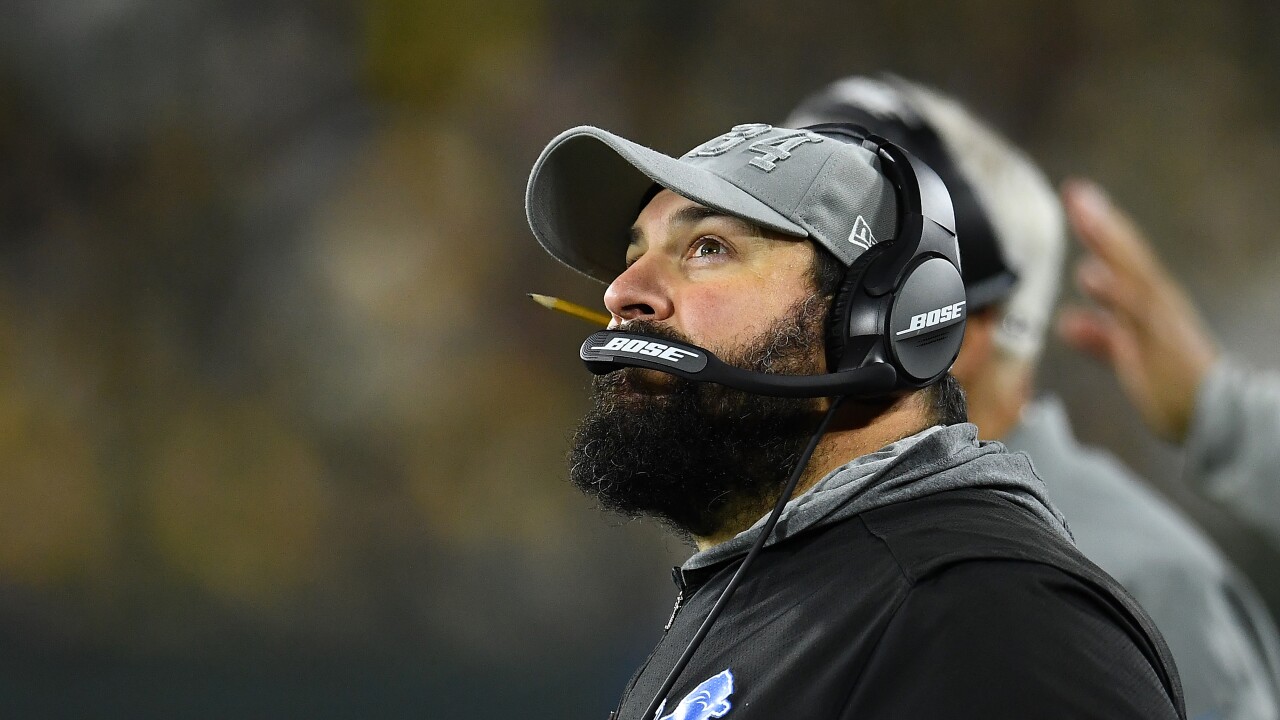 ALLEN PARK, Mich. (AP) -- Matt Patricia appears to look and seems to sound as if he expects to lead the Detroit Lions again next season.

Patricia has lost six straight games and nine of 10, giving him a 9-19-1 mark overall as a first-time head coach with a franchise that hired him away from New England to be more than just mediocre -- as it was under former coach Jim Caldwell.

And yet, Patricia does not give off any hints publicly or privately that suggest he is coaching for his job over the final three games of the season.

"We'll worry about next year, next year," Patricia said Monday, a day after a 20-7 setback at Minnesota. "But right now I want to get through today and want to get the game corrected."

Has Patricia been told he'll be back for a third season in 2020?

"I don't get into any sort of discussions that I have with ownership or any of that," he said. "I'm just worried about this game this week"

While most coaches say their record reflects how successful their team is, or not, Patricia has a different take on what he sees in the standings.

Lions cornerback Darius Slay said he has not picked up on any signs from Patricia that his job is in jeopardy.

"He's doing a great job of keeping us motivated and encouraging us every day," Slay said. "He's keeping his head focused. He's doing a good of ignoring the media. I don't talk to him personally, but to us, it just seems like he's always in a great spirit that he's always been in so that's a good thing."

Receiver Kenny Golladay caught a touchdown pass late in the loss to the Vikings, becoming the NFL's first player to score 10 times receiving this season. The third-year pro has reached the 1,000-yard mark for a second straight season and is 56 yards from surpassing his career-high 1,063 yards receiving set in 2018.

The offense has struggled over the last five games without injured quarterback Matthew Stafford, who is out with back and hip ailments. Stafford threw at least three touchdowns in five games this year and had 316 yards passing or more in four games. Without him, the Lions haven't cracked the 260-yard mark passing or thrown for more than two scores.

Defensive end Trey Flowers had a sack against the Vikings, giving the former Patriots standout six sacks in his last six games after having only one in the first six games of the season.

David Blough followed up a solid NFL debut with a shaky one. He was 24 of 40 for 205 yards with a TD and two interceptions against the Vikings, who sacked him five times. Through three quarters, Blough was 10 of 19 for 74 yards.

Patricia didn't have an update on running back Bo Scarbrough, who had a rib injury after running for 65 yards against the Vikings, or wide receiver Marvin Jones, who had an undisclosed injury. Linebacker Jarrad Davis (ankle) and right tackle Rick Wagner (knee) were also hurt at Minnesota.

The Lions close the season against the Buccaneers, at Denver and against Green Bay at home. The slumping team will not be favored to win any of those games.