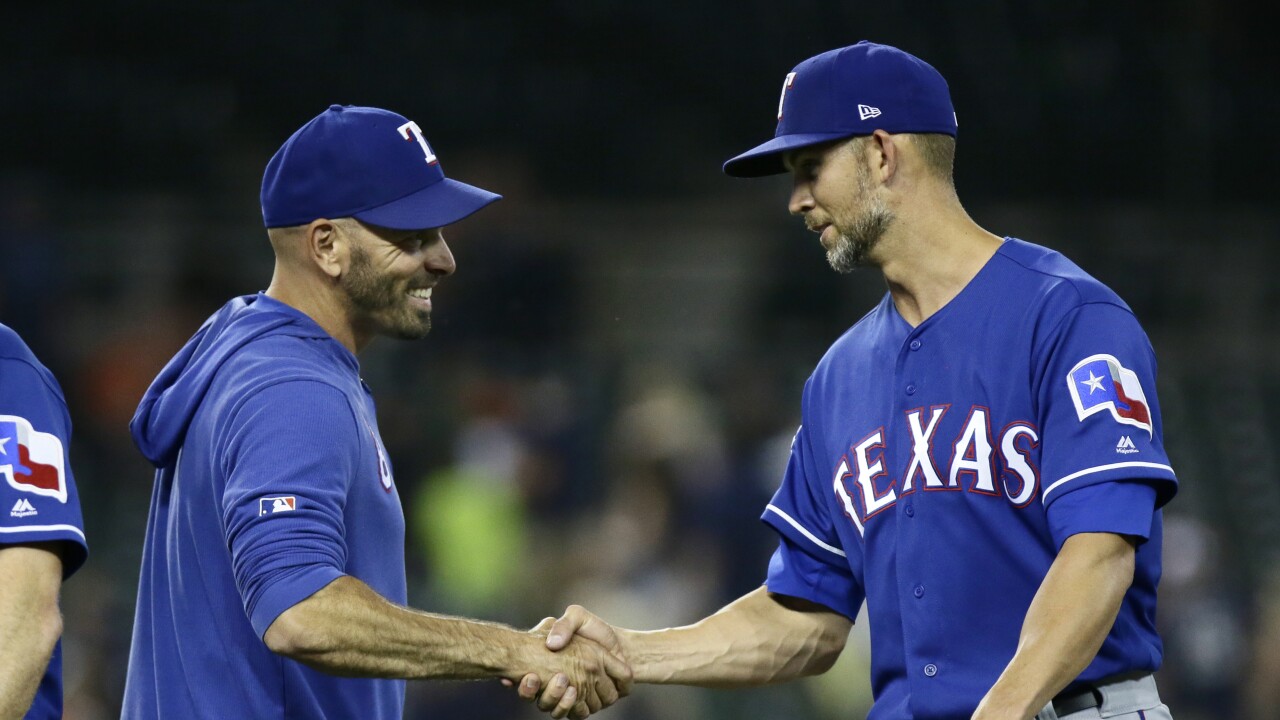 DETROIT (AP) -- In his first 141 starts as a major leaguer, Mike Minor pitched one complete game.

Minor allowed five hits in his second complete game of the year, and Willie Calhoun, Jeff Mathis and Danny Santana homered in the fifth inning to lift the Texas Rangers to a 4-1 victory over the Detroit Tigers on Wednesday night. Minor struck out seven with two walks and threw 108 pitches in a crisp game that took only 2 hours, 19 minutes.

Minor (8-4) allowed the first two hitters in the ninth to reach base. Then he struck out Brandon Dixon and got Niko Goodrum to bounce into a game-ending double play.

Matthew Boyd (5-6) struck out 11 for Detroit in seven innings, and he too allowed only five hits -- but three of them were solo homers in the fifth. The Rangers are now a season-high eight games over .500.

Texas has won five of six, and after taking the first two games at Detroit, the Rangers have won or split each of their last nine series.

Dixon homered for Detroit's only run. The Tigers have lost six straight and 10 of 11.

Detroit has also lost 19 of its last 21 home games, and that doesn't include a suspended game last month that the Tigers were trailing.

Boyd struck out the side in the first and seventh, but the Rangers opened the scoring against him in the third with some aggressive baserunning. Calhoun led off with a double, then scored all the way from second on Ronald Guzman's flyout to deep center field. JaCoby Jones made the catch in center before running into the wall, and that extra time he needed to throw the ball back gave Calhoun a better chance to score. Goodrum's relay home was a bit off target, and Texas led 1-0.

"JaCoby went and got the ball and hit the fence, but he still got the ball in quickly," Tigers manager Ron Gardenhire said. "Goody didn't make the best throw to the plate, but that guy was flying and the third-base coach took a shot at letting him go."

Dixon's homer in the fourth tied it, but Calhoun led off the fifth with a home run, and Mathis and Santana added two more.

Minor went to Vanderbilt, and the Commodores beat Michigan 8-2 for the national championship Wednesday night. That game was almost over when Minor spoke to reporters in the clubhouse after his victory.

He said he didn't have updates coming in while he was pitching.

"After the game, they told me the score," Minor said.

Tigers: Spencer Turnbull (3-7) starts for Detroit. This will be his first career appearance against the Rangers.