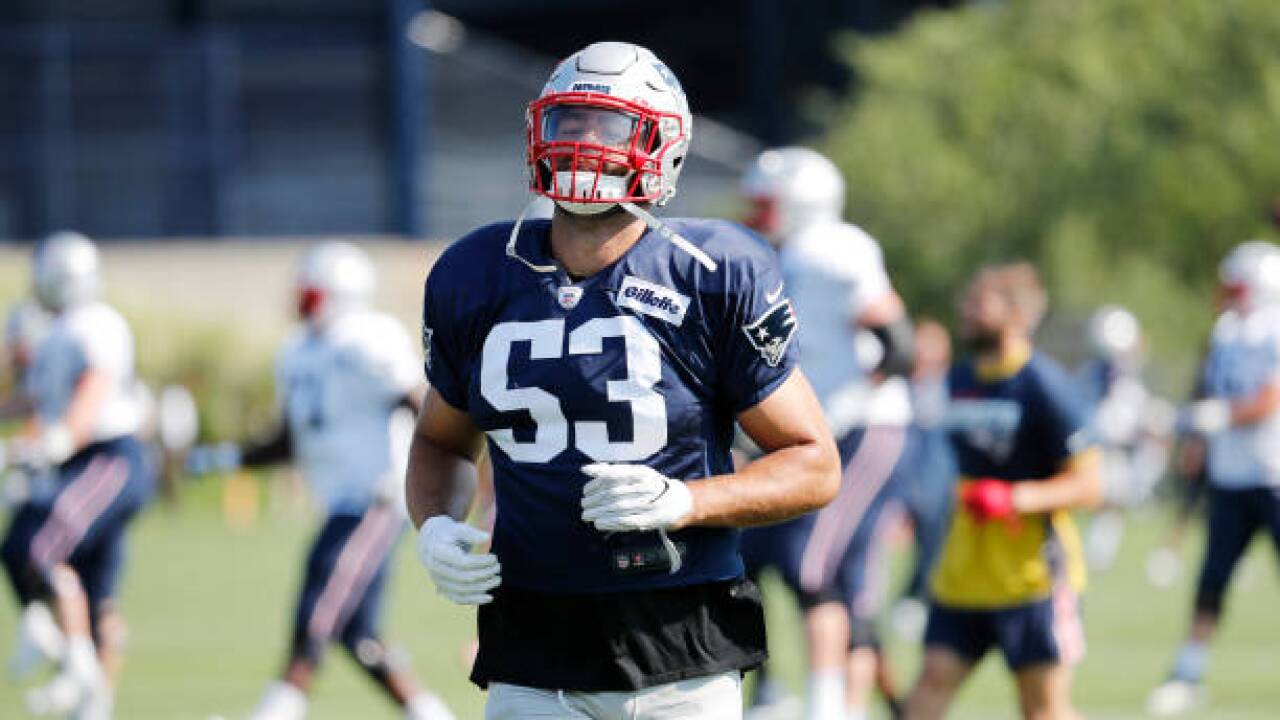 Of course, it's been his own career that has taken off since he left Detroit.

"It feels good to come back a winner and say hi to people I haven't seen in a while," the New England linebacker said this week. "There's so many people I could just name -- the behind-the-scenes people that have been so good to me and my family that I've got to show them love when I come back. They've been amazing to me, and always have and always will be."

The Lions and Patriots have been holding joint practices this week, bringing Van Noy back to the practice facility in Allen Park. A second-round draft pick by Detroit in 2014, Van Noy did little for the Lions before being traded to New England in the middle of the 2016 season. Since then, he's become a regular starter for coach Bill Belichick's team.

"Sometimes, some players just fit into one situation and one scheme better than another," Belichick said. "Kyle's done a great job for us. He's smart, he's very instinctive, he does a good job with communication, he can call signals. We have multiple signal callers on our defense, and that's a good thing that helps us with communication and adjustments. He's made a lot of big plays for us since we got him."

For his part, Van Noy hopes New England's system isn't the only reason for his emergence.

"I don't want to sit here and tailor my skills. That would be kind of like, `I'm only good because of a certain scheme,"' Van Noy said. "All of these coaches that I've played with in New England have put me in a spot to play to my strengths, and put me in a position to succeed. I respect that and I'm happy to be a part of it, and I would just leave it at that. I just don't want to take away from my talent, my skill and my capabilities if I said that was the reason."

One of the coaches Van Noy played for in New England was defensive coordinator Matt Patricia, who is now the head coach of the Lions. The Patriots play a preseason game at Detroit on Thursday night.

"They're building something. Matty P is running a tight ship and it's good competition," Van Noy said. "They have really good players. (Quarterback Matthew) Stafford has always been good. I think he's one of the most underrated, toughest players in the league. I always have respect for him and what he does, and they have really good up-and-coming players. They've just got to put the pieces together, and I feel like they'll be pretty good."