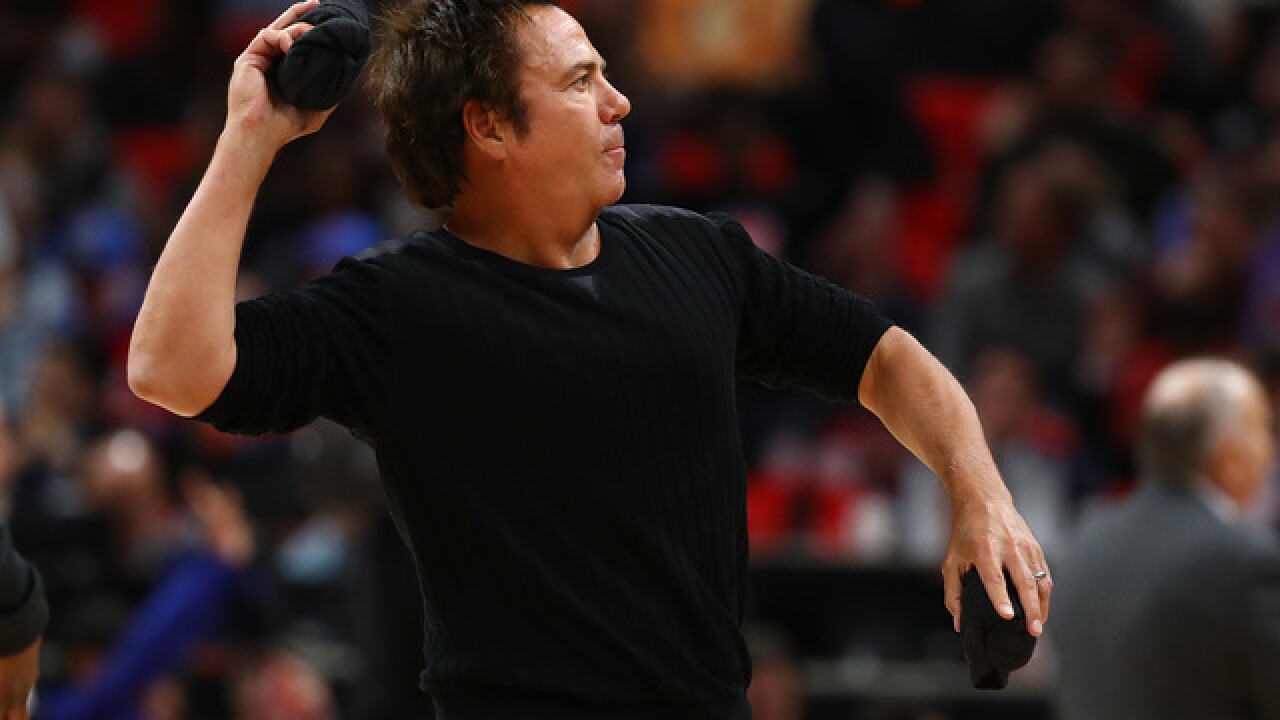 Copyright Getty Images
Gregory Shamus
<p>DETROIT, MI - APRIL 09: Detroit Pistons owner Tom Gores throws t-shirts to fans during a game against the Toronto Raptors at Little Caesars Arena on April 9, 2018 in Detroit, Michigan. Toronto won the game 108-98. NOTE TO USER: User expressly acknowledges and agrees that, by downloading and or using this photograph, User is consenting to the terms and conditions of the Getty Images License Agreement. (Photo by Gregory Shamus/Getty Images)</p>

DETROIT -- Jonas Valanciunas scored 25 points, and the Toronto Raptors scored the first 13 points of the fourth quarter before holding on for a 108-98 victory over the Detroit Pistons on Monday night.

Detroit was without injured stars Andre Drummond and Blake Griffin for its home finale, but the Pistons still led by 17 in the first half. The margin was only three, however, at halftime, and Detroit managed only 38 points over the final two quarters.

Detroit is out of playoff contention, and Toronto had already wrapped up the top seed in the Eastern Conference. The Raptors played without Fred VanVleet and Serge Ibaka.

Although the result meant little and several key players were out, it was a tight, entertaining game for three quarters. The Raptors led 85-80 at the end of the third before breaking the game open.

Toronto led 100-81 in the fourth before a 14-2 run by Detroit. Pistons rookie Luke Kennard took a 3-pointer that would have cut the deficit to four, but it rattled out.

Valanciunas didn't play at all in the fourth, but he'd done plenty already. He finished 11 of 13 from the field and made his only attempt from beyond the arc.

VanVleet was out with lower back tightness, and Ibaka had the night off to rest for Toronto.

Pistons: Kennard led Detroit with 20 points and Reggie Jackson scored 16 with nine assists. Ish Smith had 15 points on 7-of-8 shooting.