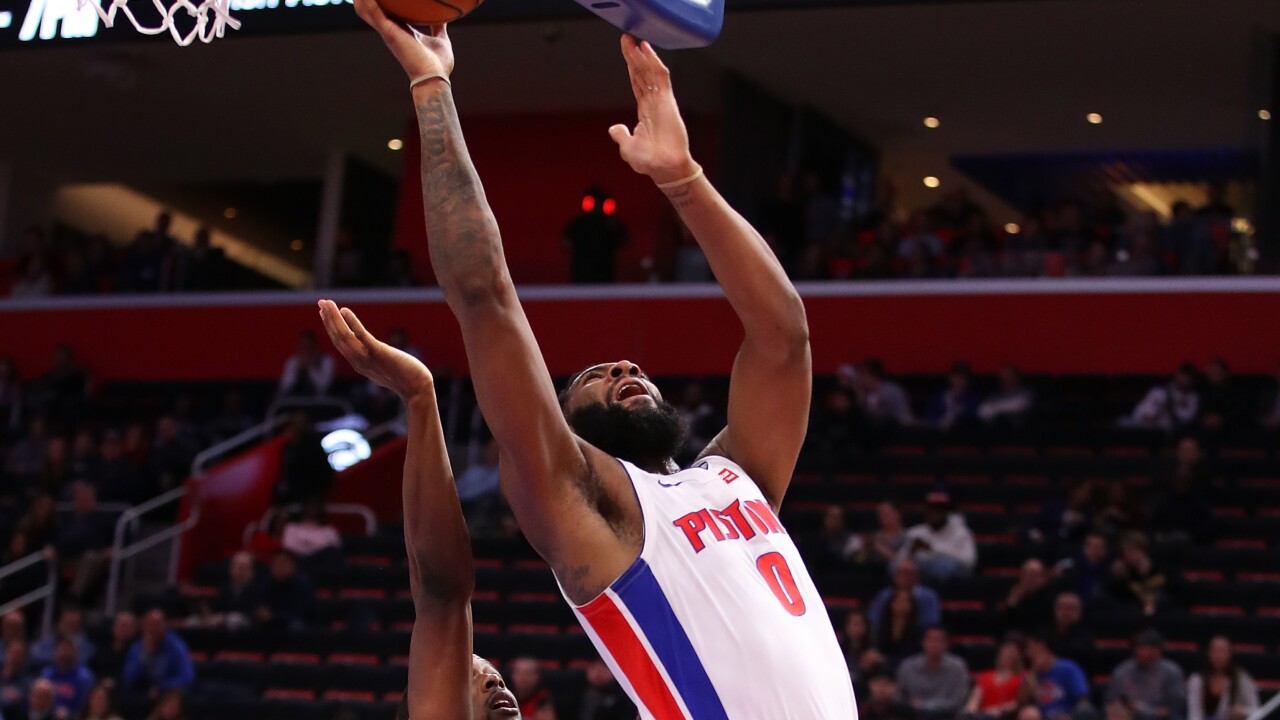 Gregory Shamus/Getty Images
DETROIT, MICHIGAN - JANUARY 31: Andre Drummond #0 of the Detroit Pistons gets off a shot around Harrison Barnes #40 of the Dallas Mavericks during the second half at Little Caesars Arena on January 31, 2019 in Detroit, Michigan. Detroit won the game 93-89. NOTE TO USER: User expressly acknowledges and agrees that, by downloading and or using this photograph, User is consenting to the terms and conditions of the Getty Images License Agreement. (Photo by Gregory Shamus/Getty Images)

DETROIT (AP) -- Andre Drummond had 24 points and 20 rebounds, and the Detroit Pistons rallied from a nine-point deficit in the fourth quarter to beat the short-handed Dallas Mavericks 93-89 on Thursday night.

Before the game, the Mavericks traded Dennis Smith Jr., DeAndre Jordan and Wesley Matthews to the New York Knicks in a seven-player deal. Dallas acquired Kristaps Porzingis, but for this game the Mavericks were significantly undermanned. In addition to the players they dealt, they also were without star rookie Luka Doncic, who sat out with left ankle soreness.

Detroit still had its problems with the depleted Mavericks, falling behind by 14 in the first half. The Pistons were down 74-65 in the fourth before going on a 14-4 run. The game was close the rest of the way.

Up by three, Detroit fouled Jalen Brunson with 5.4 seconds left. Brunson made the first free throw and missed the second, and Drummond came up with the rebound and was fouled. A 53 percent free throw shooter on the season before the game, Drummond calmly made both shots to seal the win.

Blake Griffin had 24 points for Detroit and finished with 445 in January, the highest-scoring month in team history. The previous record was held by Isiah Thomas, who had 442 points in March 1983.

Mavericks: The Mavericks fell to 1-8 in the second half of back-to-backs.