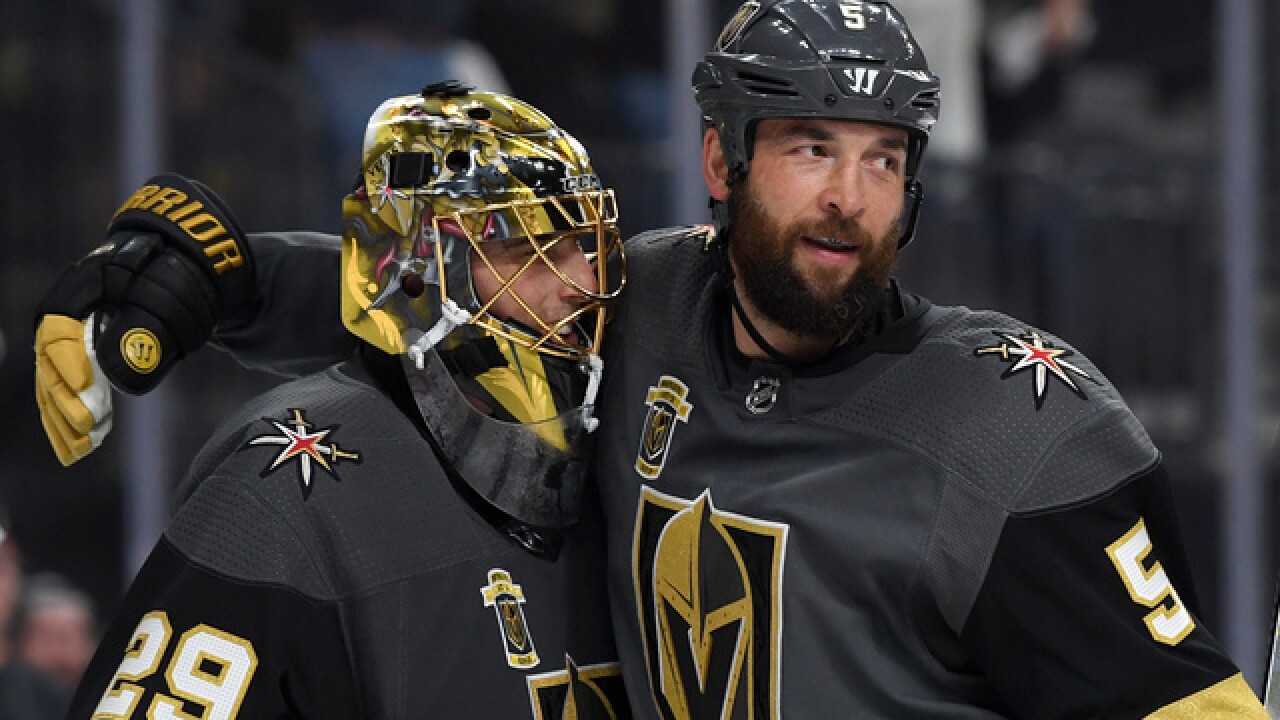 LAS VEGAS (AP) -- Reilly Smith scored on a breakaway late in the third period to lead the Vegas Golden Knights to a 3-2 victory over the Winnipeg Jets in Game 4 of the Western Conference final Friday night.

Vegas, a 500-to-1 long shot to win the title when the season started, can advance to the Stanley Cup final when the series resumes Sunday in Winnipeg.

With the game tied at 2, Smith raced down the left side of the rink and beat Winnipeg's Connor Hellebuyck above his blocker to put the Golden Knights ahead with 6:58 left in the game.

Hellebuyck made 27 saves, but lost for the third consecutive game. Patrik Laine and Tyler Myers scored for Winnipeg, which is on the brink of elimination.