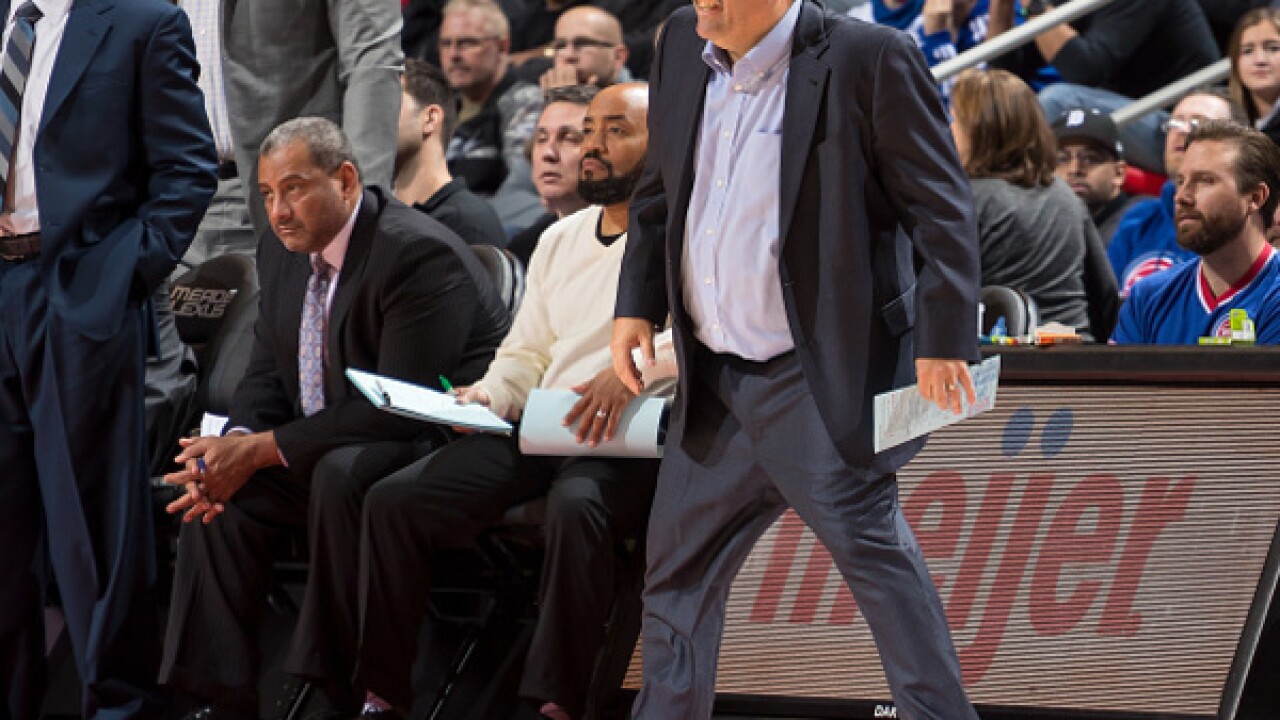 Copyright 2018 Scripps Media, Inc. All rights reserved. This material may not be published, broadcast, rewritten, or redistributed.
Dave Reginek
<p>DETROIT, MI - JANUARY 15: Stan Van Gundy of the Detroit Pistons watches the play from the sidelines against the Charlotte Hornets during the an NBA game at Little Caesars Arena on January 15, 2018 in Detroit, Michigan. NOTE TO USER: User expressly acknowledges and agrees that, by downloading and or using this photograph, User is consenting to the terms and conditions of the Getty Images License Agreement. The Hornets defeated the Pistons 118 -107. (Photo by Dave Reginek/Getty Images)</p>

It's been a waiting game for news on Stan Van Gundy's future with the Pistons since the season ended.

Van Gundy, the team's president and head coach, has been meeting with owner Tom Gores for two weeks.

Tonight, there is news.

"Gores wants Stan Van Gundy to return as coach for the final year of his contract," ESPN's Adrian Wojnarowski reports.

There is an asterisk, though.

Van Gundy is entering the final year of his five-year contract with the Pistons. The Pistons missed the playoffs for the second straight season this year.