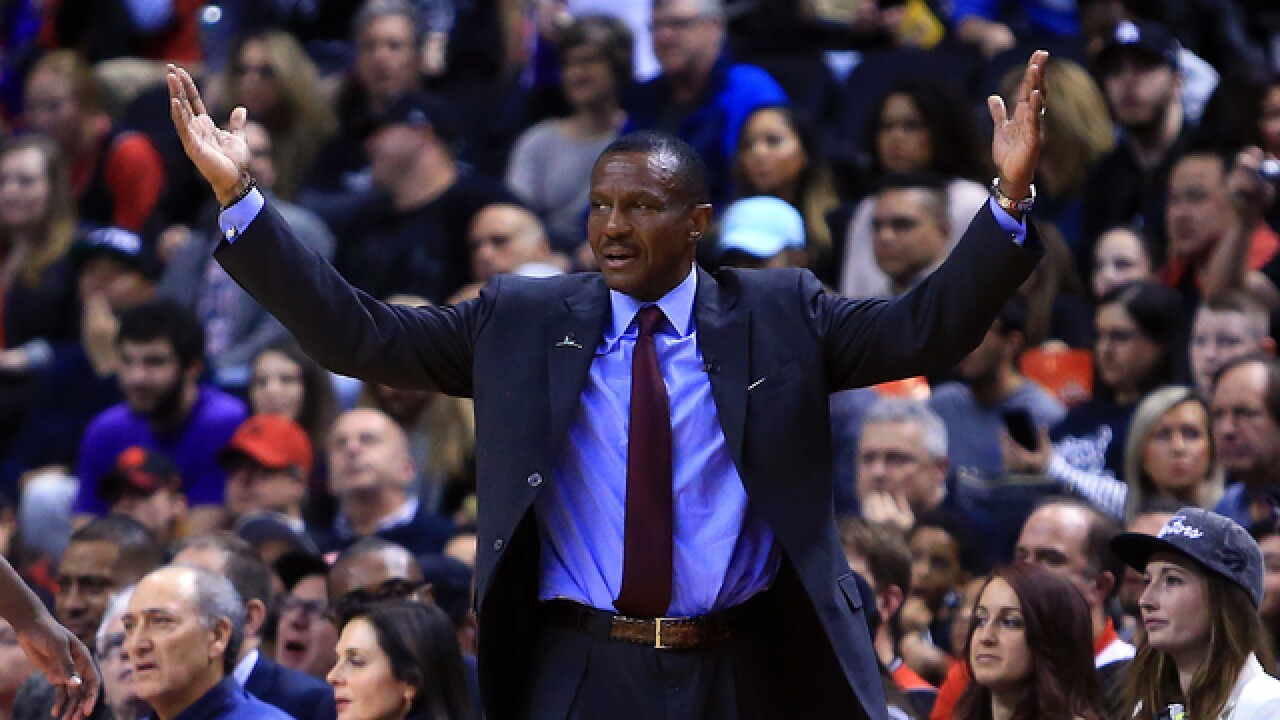 Dwane Casey already has a favorite topic of conversation when it comes to his new team.

Last week, he spoke like he had the job with Detroit, talking about Griffin on ESPN .

"His ability, his IQ, are off the charts. I’ll let you know when I coach him down the road," he said.

Casey if officially the Pistons head coach, signing a five-year deal on Monday.

Moments after the news broke, he appeared on the radio on ESPN New York. Again, he praised Griffin's ability. He also shed light on his plans for the former All-Star forward.

"Well, one thing is we're going to empower him to expand his game, a lot like DeMar DeRozan in Toronto, expand his game out to the three-point line," Casey said on the radio.

Then he added one major clue into the way he'll be coaching the Pistons, more in-line with the evolving style of play in the NBA that has helped guide the Warriors to three championships.

"Some point-forward responsibilities with the basketball, out on the floor, bringing it down. Because he's more than just a back-down, post-up player," Casey continued.

He was quick to credit Stan Van Gundy and make clear he wasn't bashing the coaching style of the man who coached the Pistons the last four seasons. But he emphasized things will look different, almost immediately.

"We want to change that narrative also. We want to open up the floor, which will fit this team and play a different style," Casey said.

The Pistons are expected to formally introduce Casey next week.