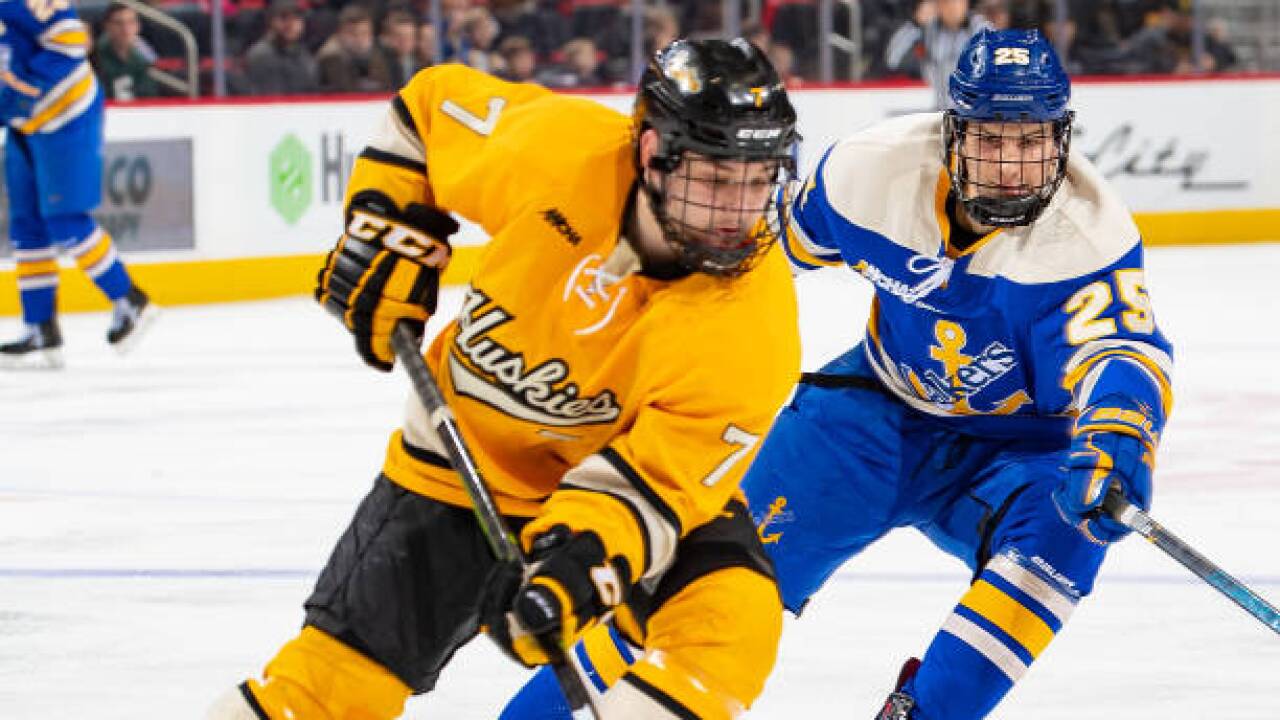 Dave Reginek/Getty Images
DETROIT, MI - DECEMBER 31: Keegan Ford #7 of the Michigan Tech Huskies controls the puck in front of Melvin Karlsson #25 of the Lake Superior State Lakers in the second period during the championship game of the Great Lakes Invitational Hockey Tournament at Little Caesars Arena on December 31, 2018 in Detroit, Michigan. (Photo by Dave Reginek/Getty Images)

BLOOMINGTON, Minn. (AP) -- Seven members of the Western Collegiate Hockey Association have started the process of leaving the league to form a new men's conference.

Plans call for them to begin play in the unnamed conference in the 2021-22 season, after playing two more seasons in the WCHA.

The Star Tribune reports the three current WCHA men's teams that aren't involved in the move are the farthest away from the Bloomington, Minnesota-based conference -- Alabama Huntsville, Alaska and Alaska Anchorage.

WCHA men's Commissioner Bill Robertson calls the move "disappointing" but says "the WCHA will work to assure that any members that do withdraw do so in accordance with WCHA bylaws."

The move does not apply to the WCHA women's league.